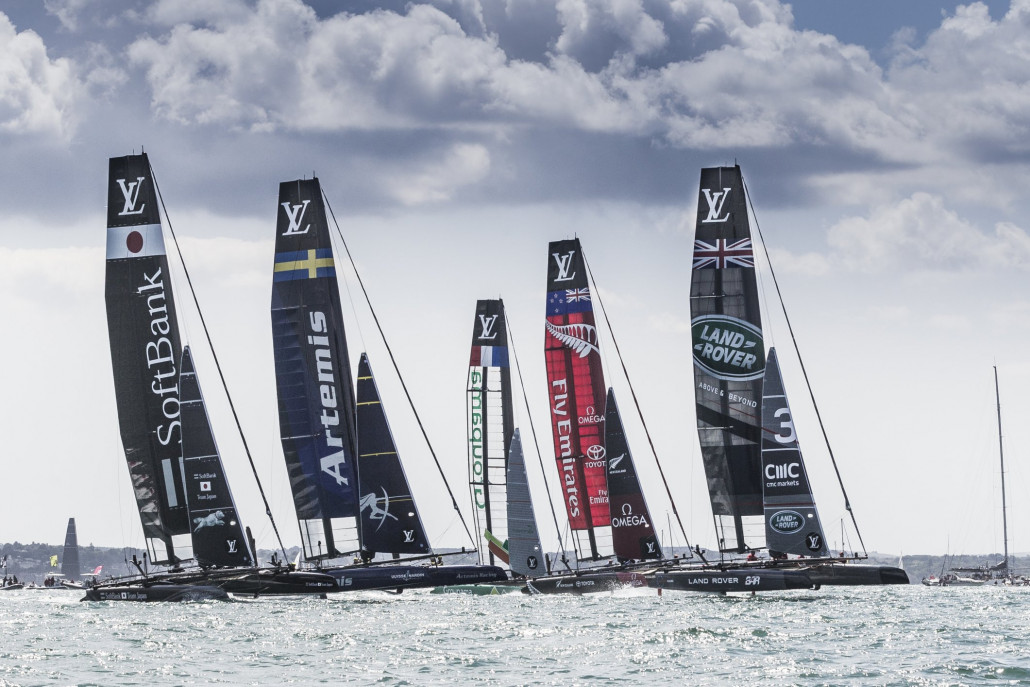 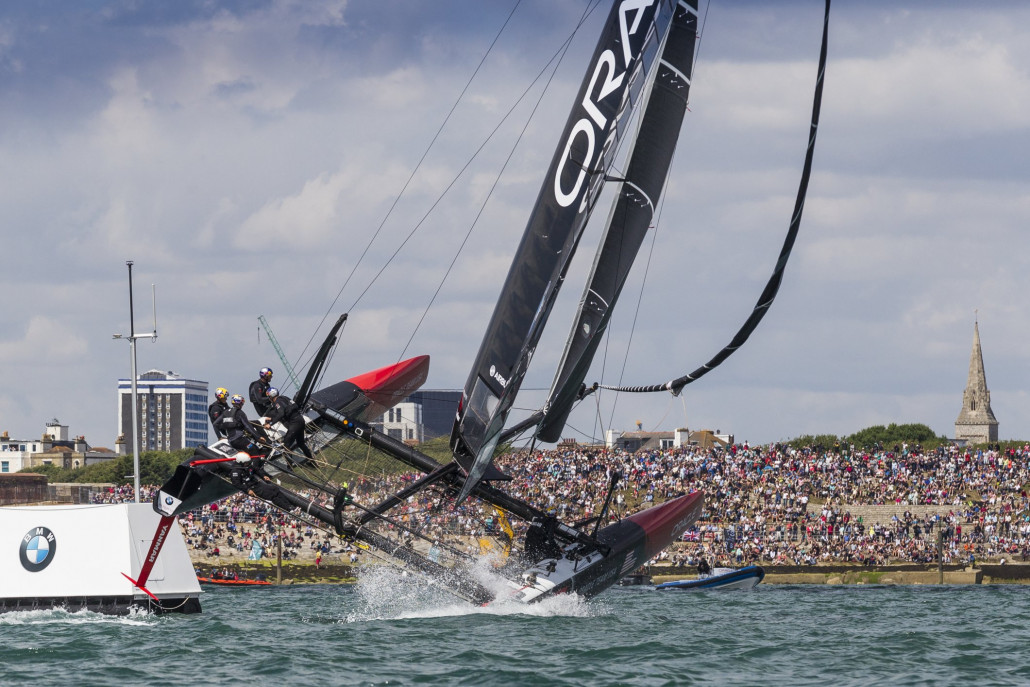 Sir Ben Ainslie and his Land Rover BAR team got off to a dream start at the opening America’s Cup World Series event in Portsmouth this weekend, winning Race 1 and coming second in Race 2 to climb to the top of the leaderboard on the long journey to Bermuda 2017.

In Race 1 Land Rover BAR was early at the line and unable to start the race at speed. On the other hand Jimmy Spithill aboard Oracle nailed the timing and led the fleet out of the gate. Oracle’s lead was short lived as Peter Burling aboard Emirates Team New Zealand outpaced his rivals to the first mark. Having gybed onto starboard, Oracle found themselves on the south side of the course where inconsistent wind hampered their progress.

Ainslie was in a similar position, but anticipated the drop in breeze and hoisted the Code Zero, enabling Land Rover BAR to sail a deeper course towards the leeward gate. Once ahead of the fleet, Ainslie’s position was never threatened and he crossed the line in first place, barely fifty metres from 65,000 elated home supporters. Meanwhile the battle for second was well underway with Oracle coming from behind and outpacing Emirates Team New Zealand in a drag race to the finish.

In Race 2, Land Rover BAR failed narrowly to repeat the feat, starting weakly before giving a masterclass in light-air foiling to come from behind and finish second behind Peter Burling and Emirates Team New Zealand, who impressed throughout.

The event was the first America's Cup event to be held in the Solent since the first ever edition of the Cup back in 1851.

On Sunday the Duke and Duchess of Cambridge awarded Sir Ben Ainslie and crew with the winners 'Victory' trophy and each competing team with an 'Endeavour' trophy at a prize giving ceremony.

"We're absolutely delighted to win the first America's Cup World Series here in Portsmouth, it's a great start for us on our America's Cup journey,” said Sir Ben. “It's incredible for us, to win here on our home patch, in front of our home crowd, it's a massive statement for the future.