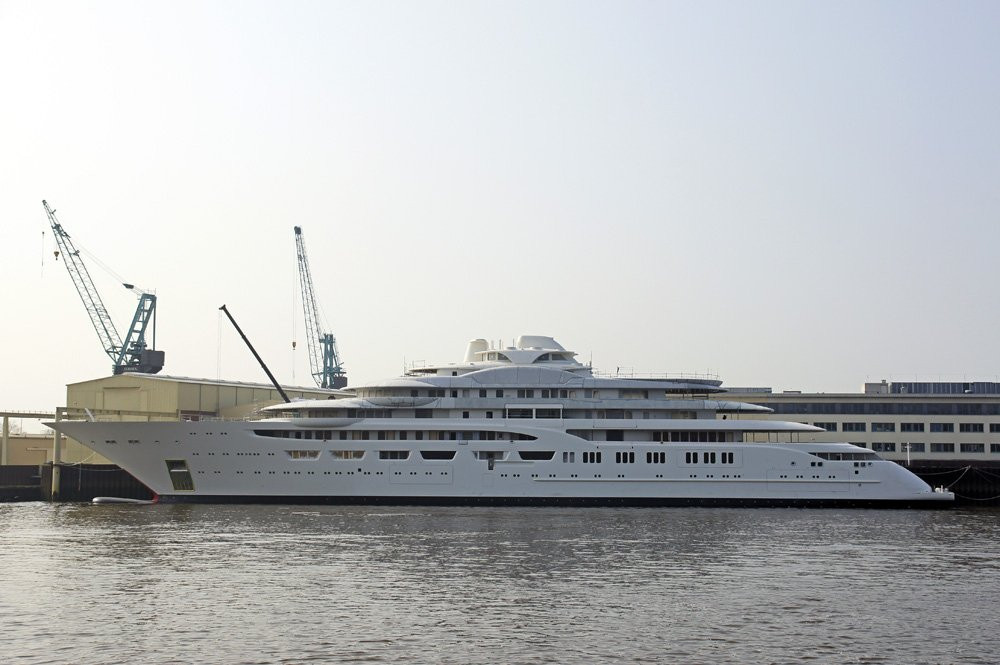 Lürssen Yachts has recently introduced a brand-new mysterious superyacht to the water outside their facility in Bremen, Germany.

This project has taken place, for the most part, entirely under the radar but gathered endless speculation upon her launch on Friday 10th. While her exact size, volume and name are known only to the creators, a trusted source has provided us with a photo to showcase her immense stature alongside a speculative take on what this project might be.

Our source has told us this yacht has seven decks, which is one more than Azzam and Eclipse, and resembles the 147 metre Topaz with a much higher volume. Originally berthed next to the 104m Quantum Blue, this yacht is clearly much larger and offers an estimated comparative length of just over 150 metres; however, she has now moved to the floating dock to continue the final stages of completion.

This is based purely on speculation and estimation, and the confidentiality practices at Lürssen have kept this mysterious large construction project under wraps for the most part of her construction. What we do have is a photo, and a new addition to the Top 100 Launch Forecast of 2015; more than likely placed in the Top 5 Largest Yachts in the World. We’ll be bringing more updates as the story progresses.