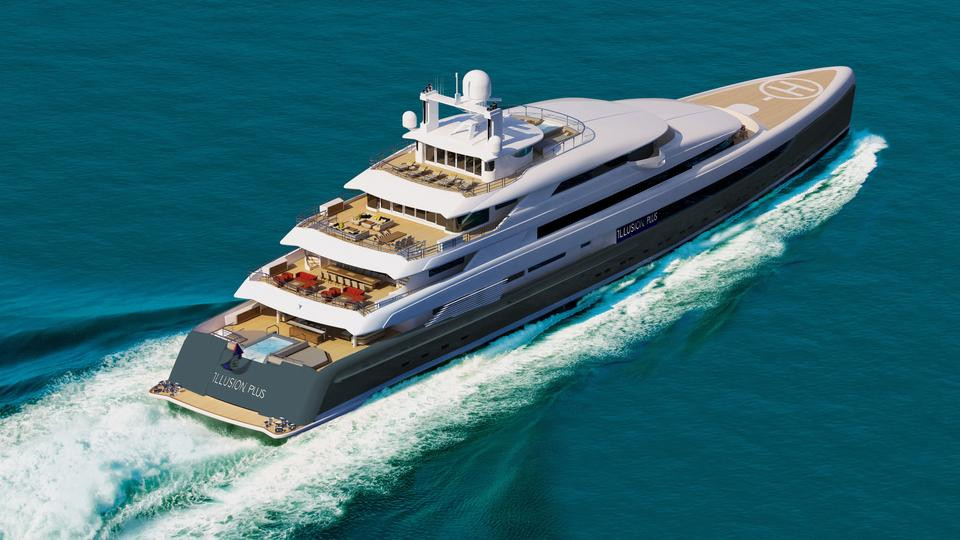 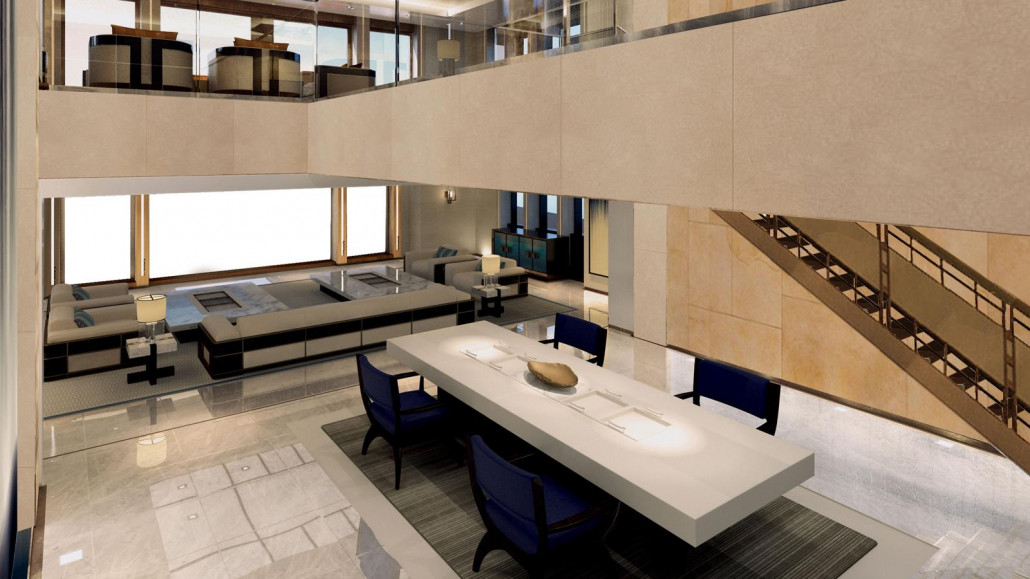 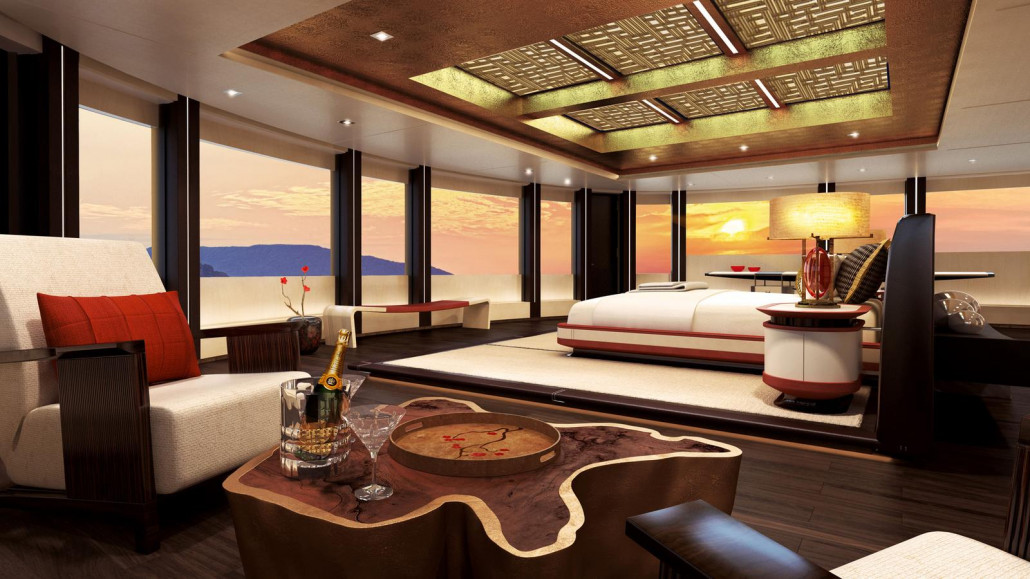 Brand new 88.5m superyacht Illusion Plus was launched from Pride Mega Yacht’s facilities in China in April of this year and is officially the largest private superyacht to have been built in Asia. According to a local news source, China Daily, and confirmed by her AIS information, Illusion Plus is heading to Monaco via Shenzhen in time for the Monaco Yacht Show (MYS) in September.

Illusion Plus was a huge project for the Chinese shipyard that featured several well-known international yachting brands. Her naval architecture is by Azure Naval Architecture, with an exterior design by Rainsford Saunders Design and her exquisite interior by Sinot Exclusive Yacht Design.

The 3,642gt superyacht has six decks and accommodation for 16 guests across eight staterooms. One of its most noteworthy staterooms is the 860-square-foot owner’s apartment, located on a private deck. Full height windows allow for 180-degree views while an owner’s office and a huge walk-in wardrobe and dressing room complete the space along with extra headroom.

In addition to the owner’s suite, there are two VIP bedrooms, two double guest cabins, one twin and two convertible staterooms on the deck below. There are also 15 cabins that provide quarters for up to 25 crew on the lower decks.

Illusion Plus features four interior lounges and two formal dining rooms along with a four-deck elevator for guests’ comfort and ease. One of her more unusual features is a double-height atrium, which links the saloon on the main deck to the lounge on the deck above, creating a grand open-plan space for entertaining.

The spa is located on the lowest deck to make the space more remote from the hustle of the central decks and therefore a more tranquil space, which features a steam room, massage area and sauna.

Illusion Plus is powered by a Rolls-Royce diesel-electric propulsion package, which makes her extremely efficient and unnervingly quiet, without compromising on speed. The yacht is capable of crossing oceans with a 5000nm range and can reach a top speed of 17 knots and a cruising speed of 15 knots.

Illusion Plus is now confirmed to attend the upcoming Monaco Yacht Show where she will be one of the largest yachts on display. She will be on sale with Y.CO and will be on display with the Y.CO team at MYS. She is listed at an asking price of USD 145,000,000.