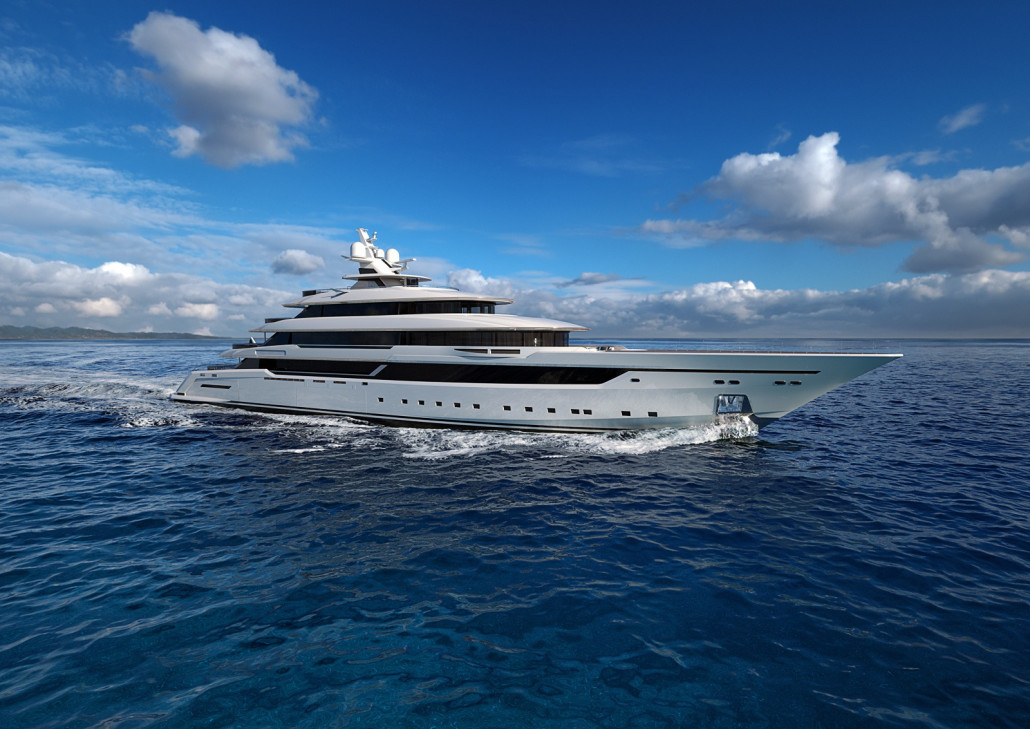 Summer in the Mediterranean is an exciting time for the superyacht industry. New launches land on European waters; charterers discover the best continental destinations and the rest of us eagerly anticipate the abundance of shows and events we can’t wait to attend. Columbus Yachts is one shipyard with a particularly exciting message to deliver this season as today they mark the debut of their largest superyacht construction project to date.

With a fast-scheduled delivery in 2018, the 79.50m hull will be the first of its size for the shipyard, celebrating the company’s success in breaking the superyacht threshold and branching into a whole new realm of craftsmanship. We take a look at the new approach to construction which CEO Guiseppe Palumbo hopes to "allow  [Columbus]  to  enter  the  megayacht  segment  with  full confidence in the results we can achieve, thanks to the skills we have acquired during this long journey, and to the excellence of our Company, which we are proud of".

The Basics
A full-displacement  superyacht, with steel hull and aluminum superstructure, the project aims to merge 50 years’ experience in building and refitting large ships, with efforts to keep up with the times; striking the perfect balance of both classic and cool. From the outside, lines are formal, elegant and Renaissance inspired channeling the appeal of a 60s Ocean Liner broken only by the transverse flaring of all six decks, and extremely earthy interior.

Technically her range will reach up to 6000 miles, powered by two 2240KW engines that enable to vessel to reach a top speed of 16.5 knots. Despite her clout, 5-square-metre stabilising fins ensure all amenities can be enjoyed in comfort by her 12-guests housed in 8 lavish suites and looked after by a possible 19-man strong crew.

Defining Features
Aside from her array of amenities (which include two forward garages for a tender and three jet-skis, helipad, sauna, gym and cinema on the upper deck) perhaps her defining feature is the 7-metre long panoramic pool, compete with counter current system. Further, the neighboring hydro-massage tub, which is closed on three sides, is accessible only by a waterfall which feeds the adjoining pool. The affect? ... a secret grotto appeal, distinctive to Columbus.

Another highlight is the project’s glass-walled lift which lends itself to a more elegant era when it reveals itself (with a touch of modernity) emerging spectacularly, directly onto the sundeck; making it more than easy to go from tender garage to pool in no time. Down below, the stern walls open outwards, extending the deck area to 200 square metres and creating a water level beach club with sun loungers, bar and bathroom.

A New Build
While the steel hull has been made in Naples, soon it will be moved to Ancona where it’s then coupled to the superstructure, built there in aluminum.  By constructing both elements at the same time, this Columbus-tactic accelerates delivery by around 8 months. Gianpaolo  Lapenna, Columbus Yachts' Project and Product Director confirmed: “The implementation  of  the  process  has  been  a  challenge  on  several  points  of  view:  structural, engineering,  constructive  and  logistical.  When  the  hull  reaches  the  superstructure  in Ancona,  the  "wedding"  will  take  place  in  the  new  shed  that  we  are  just  completing there aside the existing structures.”