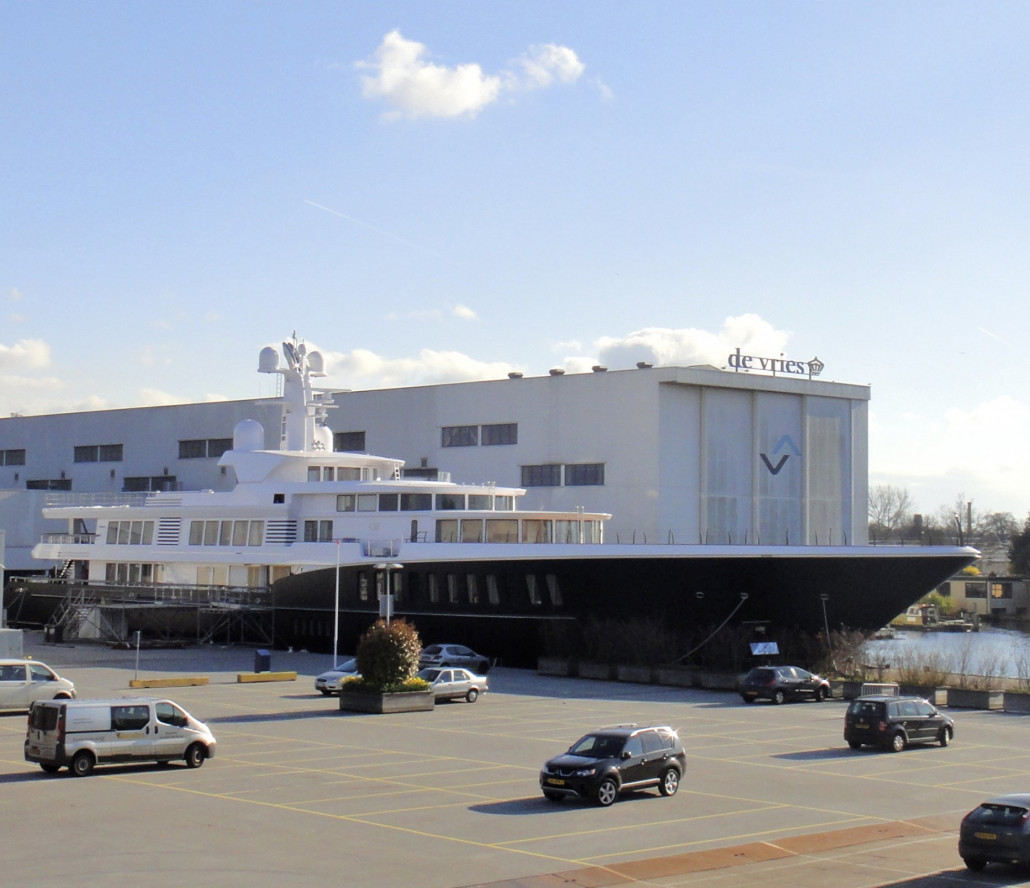 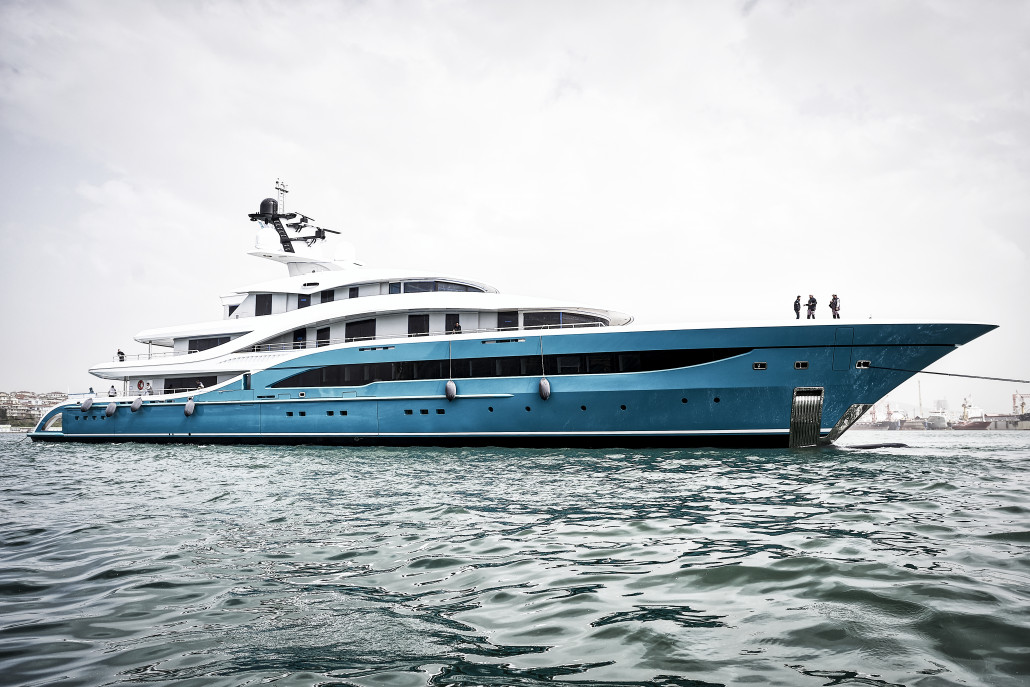 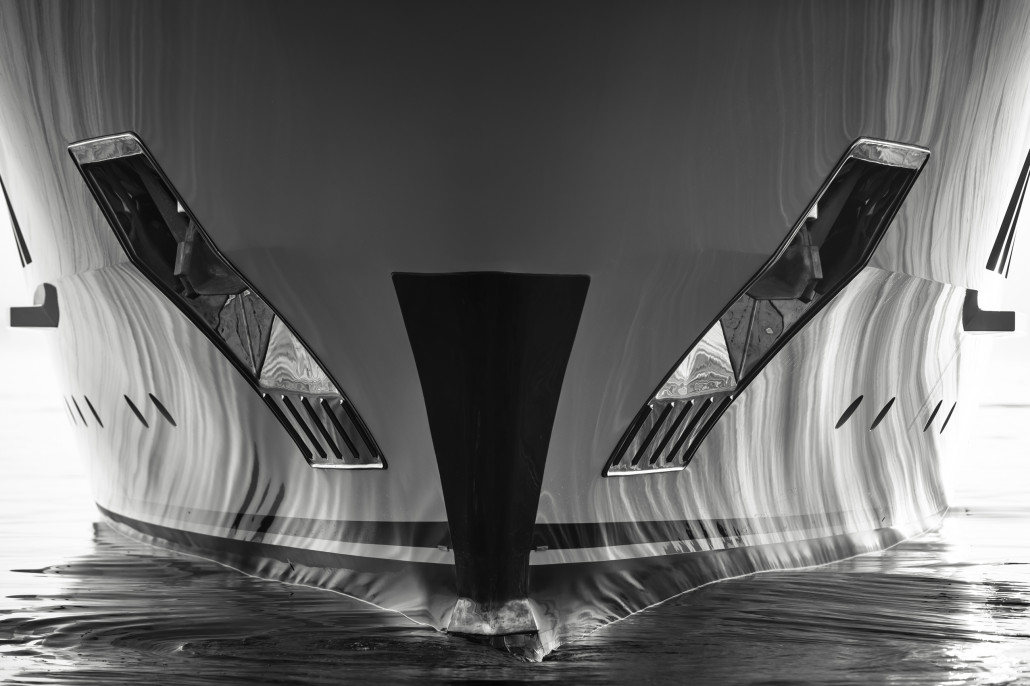 In anticipation of the biggest yacht show of the year, Monaco Yacht Show (MYS), we give you a breakdown of some of the largest yachts to look out for this year from the outstanding fleet of 120 superyachts that will be present.

With 40 new launches and the same number of tenders on display from 26 to 29 September, there will be some significant projects making their debut at the show. We take a look at the five largest superyachts that have, and will continue to, set a marker for industry expectations for the coming years.

We begin with the biggest of the big, 95.2m Kismet, which will be the largest superyacht on display at the show. Custom-built in 2014 by Lurssen Yachts in Germany, the yacht's interior has been designed by Reymond Langton Design and has exterior styling by Espen Oeino. Bringing together a team of award winners, Kismet is unquestionably the realisation of luxury and perfection. Timeless while still light-years ahead of her time, Kismet couples astounding technical quality with beautiful design work. A significant conversation point regarding her exterior is the mosaic-tiled pool with an inset Jacuzzi on the upper foredeck. Due to its position, this Jacuzzi affords guests the perfect observation platform from which to overlook the sea and coastlines when underway or at anchor.

Next is the 90m superyacht DAR (formerly Prince Shark) from Oceanco which was launched in early summer of 2018. The yacht's distinctive design and technological advances bear Oceanco’s DNA and is the first yacht in the Netherlands to be given the official Lloyd’s Register Integrated Bridge System (IBS) notation and designation. DAR features a superstructure completely finished in reflective glass. From the interior, the glass yields panoramic floor-to-ceiling views aft, port and starboard. Her design was conceived to maximise opportunities for outdoor living and to have direct contact with the marine environment. The recently delivered 90m DAR will be on display at the show at Quai Rainier III D03, but not available to the public. Viewings can be arranged for potential clients who express an interest in the yacht.

Feadship trumps third place in our list with 81m Air, built in 2011 and last refitted in 2017. Air has an exceptionally sleek and elegant exterior with modern lines, while also incorporating a distinctive Feadship flared bow. She is the first superyacht built under Annex 2 of LY2 to have a fully certified commercial helicopter pad. A highly sophisticated minimalistic design makes for a stunning interior from Remi Tessier, which is emphasised by her matt black hull, which has been painted with a specialised and environmentally friendly nano coating technology. With a cruising speed of 15 knots, a maximum speed of 17 knots and a range of 5,000nm, she is the perfect combination of performance and luxury.

Following on from Air, we have the 77m superyacht GO from Turquoise Yachts. At 77m, GO — designed by London-based H2 Yacht Design — is a new generation yacht. With an iconic turquoise coloured hull and four decks, GO features a bulbous bow and special geometric rudders to achieve low resistance and improve fuel usage. The interior has been noted to have impressive levels of accommodation with the ability to accommodate up to 18 guests. From the grand lobby, you have the option of using an elegant staircase or the full-sized elevator. On the main deck, a substantial main saloon and dining room offer an area where guests can get together for formal events in the evenings, or for cold climate socialising. GO will be on display at Quai Rainier IER R06.

Abeking and Rasmussen hold fifth place with 74.5m Elandess, which is set for debut after having been launched earlier in 2018. Renowned for its builds on the larger side of the superyacht realm, the German yard has once again proved its pedigree with Elandess. With a brief set out to bring modernity and spaciousness for the ultimate lounging landscape, Elandess’ length allowed the design studio Eidsgaard to experiment with communal spaces and create an array of entertaining areas. From the sub-waterline and aptly named ‘Nemo’ Lounge, to the eight-metre swimming pool on the expansive sundeck, the yacht’s sporty angles and contemporary appeal has opened up her interior to make a dream into a reality.