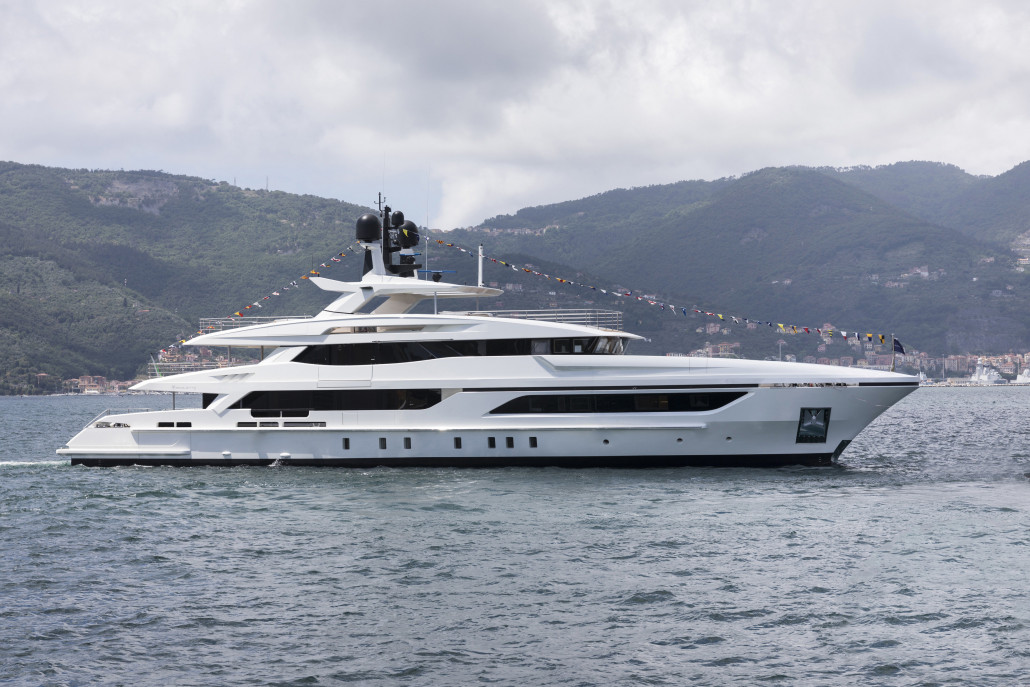 Sitting along the Tuscan coast is the La Spezia region, jewelled with shipyards that build beautiful vessels with a craftsmanship that's undeniably Italian. One of those shipyards is Baglietto, who today - with a speciality in yachts in the 30 to 50-metre range - launched the 48m (157ft) motor yacht, Andiamo.

Italian Craftsmanship
Responsible for Andiamo's dramatic exteriors and interiors, Francesco Paszkowski Design, based in Florence, has become a household name in the business of superyacht architecture. Drawing on both a traditional yacht style and the idea of evolving Baglietto's renowned 46m displacement model, a marriage of old and new has made for a look that's notably Italian with its sharp and clean lines.

Innovations from the Italian designers and shipyard include reversed glazing of the helm station to increase visibility from the bridge, and a modernised athwart garage aft which on opening, reveals the beach club.

Style Ahead of Time
An interior collaboration between Francesco and architect Margherita Casprini leaves us in anticipation for further photos to be revealed. Described by the shipyard as contemporary and very captivating, we can only imagine the slick modernity that arises from the use of plenty of precious onyx and lacquered ebony.

A staircase in steel and leather forms a centrepiece to the yacht and connects the three decks; futuristic in both its texture and stature.

Key Features
Adding elements of timeless yacht design to her modern-appeal, Andiamo boasts 5 guest cabins on the lower deck. A master state-room lies on the main deck and features a dressing room and expansive his and hers separate bathrooms, allowing comfort and privacy whilst she cruises at a speed of 12 knots. Living space is a-plenty with a dining area connected through elegant sliding doors.

It almost goes without saying that Andiamo will depart the shipyard for a summer spent cruising the coastline of the Med after which we hope to see her make a world premiere at the Cannes and Monaco yacht shows later in the year.