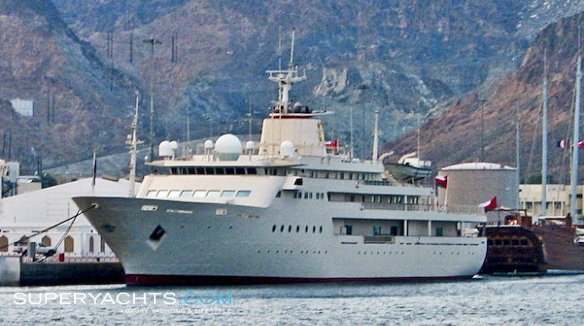 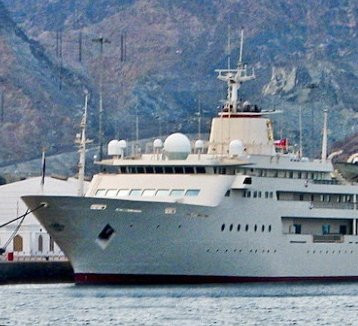 It has just been confirmed that the newly refitted Loaloat Al Behar will exhibit at the Abu Dhabi Yacht Show 2010, making her the largest on the long list of impressive yachts to attend the show this year.

The elusive yacht, previously named Al Said after the Omani Royal Family, was built in 1982 for the Sultan of Oman: His Majesty Sultan Qaboos bin Said.

The mega yacht received its name change to Loaloat Al Behar after the second, larger Al Said yacht was delivered to the Sultan of Oman in 2008. H.M. Sultan Qaboos generously gave Loaloat Al Behar as a gift to Oman’s Ministry of Tourism.

It has been reported that the 103m mega yacht underwent a refit in 2009 in Dubai. Updates include state-of-the-art Lantic Systems Entertainment Solution in all guest rooms, cinema, saloons and deck areas, offering audio and video on demand with Satellite TV tuners.

Refit work was carefully carried out so as to preserve the yacht’s fine interior details.