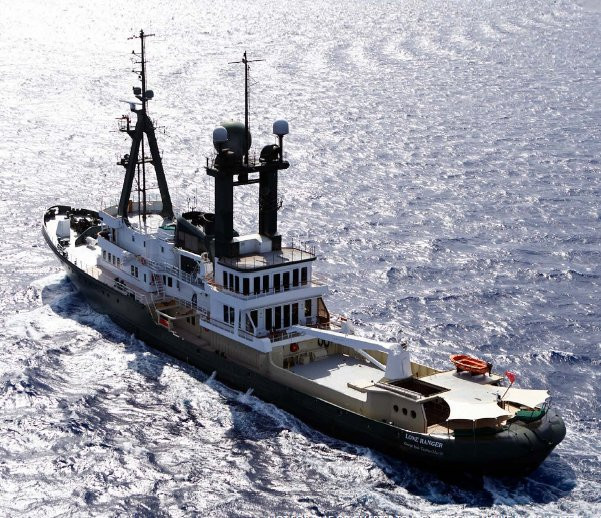 During the 2013 Antibes Yacht Show, Prestige Yacht Auctions hosted their first event which ended in the successful sale of the stunning 77.73m expedition superyacht Lone Ranger.

Classically styled and a true ‘go-anywhere’ yacht, Lone Ranger is an ocean going exploration yacht with distinctive style both outside and in. Built by Schichau Unterwesser in 1973, Lone Ranger found a new life as a converted superyacht after a major rebirth project in 1994 and a refit operation in 1997.

Lone Ranger has a 31,000 mile range at 12 knots, considerably more than the circumference of the planet which stands at 21,600nm. With a fuel capacity of 1.3 million litres of diesel fuel and Quantum stabilizers, Lone Ranger can travel across the world in complete comfort.

“The new system of brokerage by auction has been proved to work,” declares Tim Morley of Morley Yachts, “and lessons were learned that will go to make it even more effective in the future.”

“In addition to the agreement of the Sales Price for Lone Ranger, there are offers that have been made for many other yachts that were in the auction. This is clearly as a result of the publicity the auction generated. It is possible that as many as six could have an MOA signed this week. We have had one yacht that has received three offers within 48 hours of the auction, for gradually increasing amounts, up to a level 22% higher than the reserve price at the auction. The auction lives on!” says Tim.

In the last decade Lone Ranger has cruised the world several times, including a trip to Antarctica and the Arctic polar ice cap and has been welcomed everywhere.

Capable of sleeping up to ten guests in five highly luxurious cabins, Lone Ranger is a truly distinctive superyacht and has this weekend marked a significant move forward for the yacht auction initiative.

“Overall I am happy with this success, and look forward to the next one on September 28th,” Concludes Tim. “This is something new and it is a learning process for the buyers and the sellers, as well as for the brokers, to get used to the way they can use the Prestige Yacht Auction to their best advantage.”