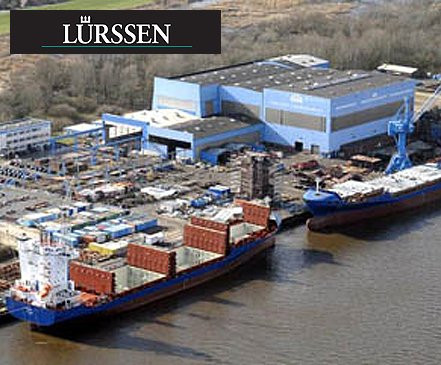 Located close to Lürssen’s Bardenfleth Shipyard, the Rolandwerft Facility is based in Berne on the River Weser. Ownership of the facility is due to change hands to Lurssen on 1st June 2010.

Last year The Hegemann Group faced financial instability, receiving help from the federal and state governments. Having sold the shipyard they have owned for 20 years, the group now plans on focussing their efforts on merchant shipbuilding at Stralsund and Wolgast in Eastern Germany.

Although the Hegemann Group has sold the Rolandwerft Shipyard, all 130 roles of employment and nine trainee positions at the site will be protected. The Hegemann Group holds three shipbuilding halls, one ship lift and an outfitting quay as well as two berths on the Weser.

The Rolandwerft Shipyard is fully equipped with the necessary elements to aid Lürssen’s expansion in the market as they continue to build some of the world's most respected and well constructed luxury superyachts.

Official details to be released next week.