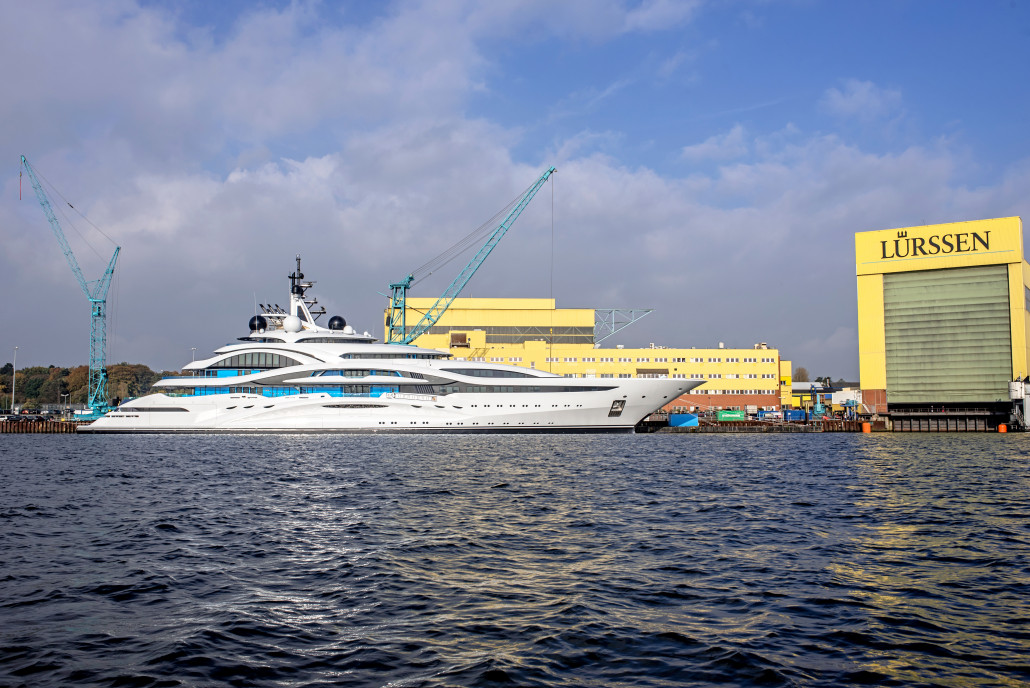 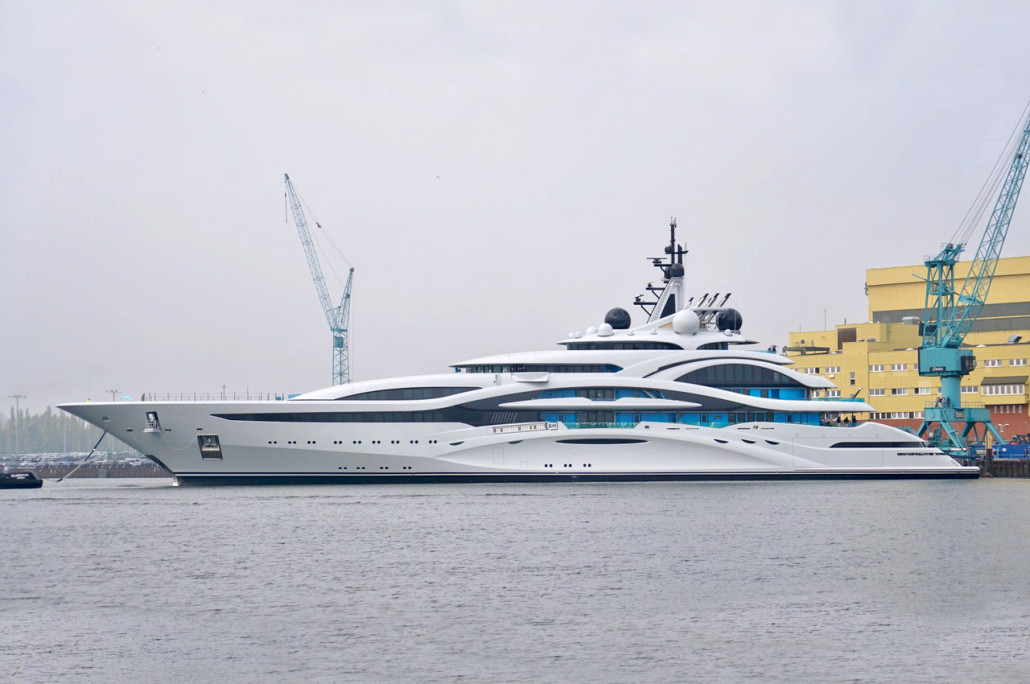 The 123-metre (403’ft) superyacht Project Jupiter, has been introduced to the water by Lürssen Yachts, presenting a truly cutting-edge project with flowing signature lines by designer Jonny Horsfield of H2 Yacht Design.

After speculating the launch to be the 124 metre Project Jupiter, Lurssen Yachts has today confirmed our theory, with the exception of a metre. Based on H2 Yacht Design's previous concept Project Mars, this incredible superyacht features an aggressive and sporty style with well balanced proportions which Lurssen describes as similar to the owner's first yacht, and something that will stun the Hollywood crowd.

Speaking to us back in May 2015, Horsfield spoke about the project's style from a first-hand perspective: “Getting the scale of the exterior right was the hardest thing, and I know a lot of people say ‘you can’t scale up a Sunseeker to that size’ but we thought, you know what, you can. So, we went against all the rules, and consequently the level of detail and the surfacing features are dramatic and more like a 60 metre.”

Her arching design features and large glass facades provide panoramic views from her eclectic interior by March & White. The interiors themselves are designed to provide a contemporary home throughout, defined by timeless styling, nautical details and highly innovative bespoke finishes.

With a beam of 20 metres, her interior atrium opens up the centre of the yacht to pull natural light deep into the yacht, earning her place as 21st position in the Top 100 Largest Yachts in the World.

The exterior paint is not classic white, but a light grey to show off the aggressive surfacing and edges in the sunlight. One of the defining details of this Jupiter seems to be the mid ship balconies which can be spotted on previous H2 projects, such as the 73 metre Vicky and the 123 metre Al Maryah.

Set for delivery in 2017, this superyacht is a fantastic addition to the global fleet with a game-changing design and a universe of secrets to uncover.

We look forward to bringing you more on the story as it progresses, until then, you can read the full 2015 Master Class interview with Johnny Horsfield here, or catch up with what Lürssen Yachts and H2 Yacht Design had to say in Monaco.