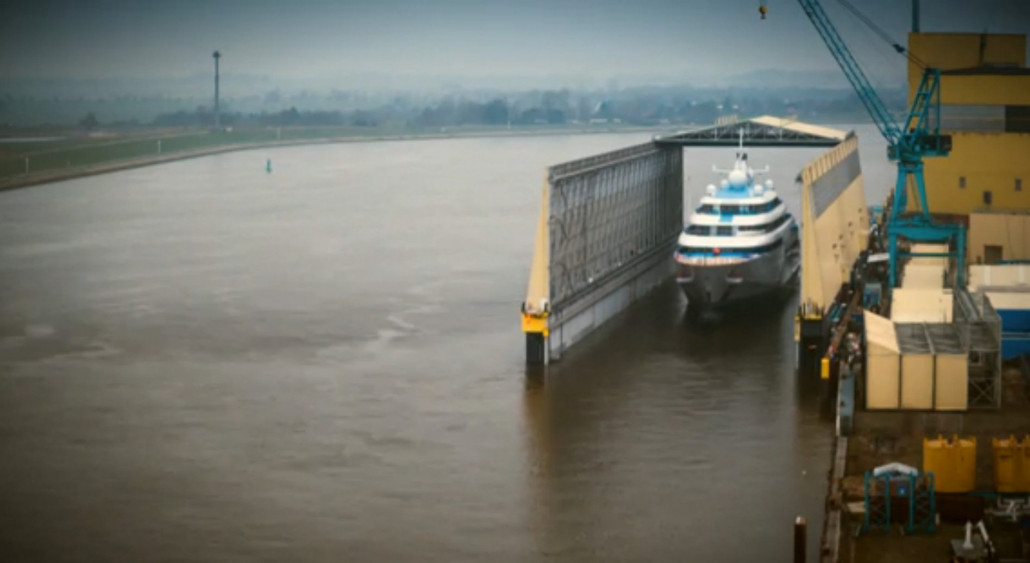 The 125 metre superyacht Tatiana emerged earlier this month as Lürssen Yachts introduced the vessel to the water outside their facility in Bremen, Germany.

Details surrounding the latest project to emerge from Lürssen are still scarce as confidentiality remains paramount; however, this successful launch marks the final construction phases of a project due to be officially delivered in what we can only speculate to be the near future.

What we do know is that Tatiana will be entering into the Top 100 as the 15th largest yacht in the world, just as Lurssen prepare to launch the 91 metre Orchid later this year. We’ll be delivering the latest updates surrounding Tatiana as they emerge, but in the meantime, watch the above video for a closer look at the launch and the 125 metre project itself