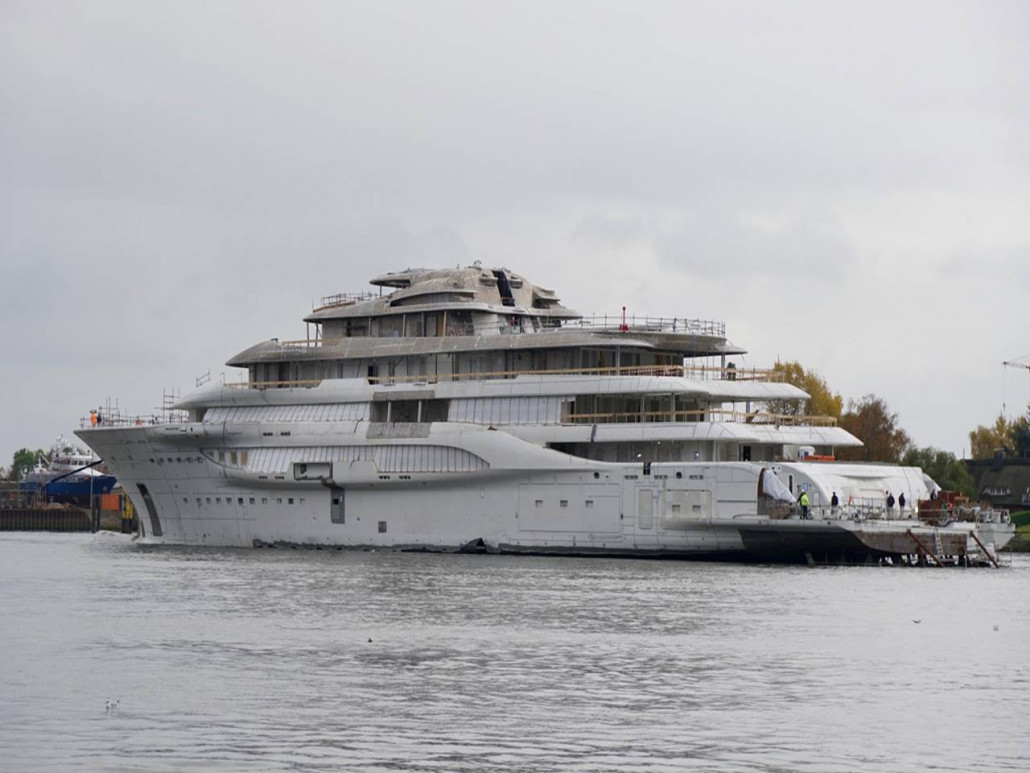 In the space of just two weeks, Lürssen Yachts has introduced three different top secret yachts - each well over 100 metres - to the water in various forms of construction while still keeping their cards close to their chest.

Lürssen officially announced the 111m (364ft) Project Tis after she hit the water at the Lürssen Rendsburg facility on October 19th. Only visible for a short amount of time, she was quickly moved to the drydock for the next phases of her construction ahead of a 2018 delivery.

Only 2 days later, another yacht estimated to be well over 100 metres - widely reported as 130 metres - was visible for only two days; however, details are yet to be confirmed about the identity of the top secret project and remain speculative. Watch the full video by DrDuu here.

Besides the delivery earlier in the year of the 156 meter yacht Dilbar, as well as the first look at Project Mistral and the announcement during the Monaco Yacht Show about the possible enlargement of the Lürssen group with the acquisition of Blohm+Voss, 2016 has become a remarkable year for the builder.

Furthermore, Refit has become a core business for Lürssen. During the last winter 8 yachts between 40 and 110 meters have used the Lürssen facilities for modifications and maintenance works. Amongst them are some of the world's most beautiful yachts such as Phoenix², Global, Radiant and Coral Ocean.

The prolific activity of Lurssen Yachts within the Top 100 sector is continuously changing the largest yachts list, and we look forward to bringing you regular project updates, as and when they emerge.