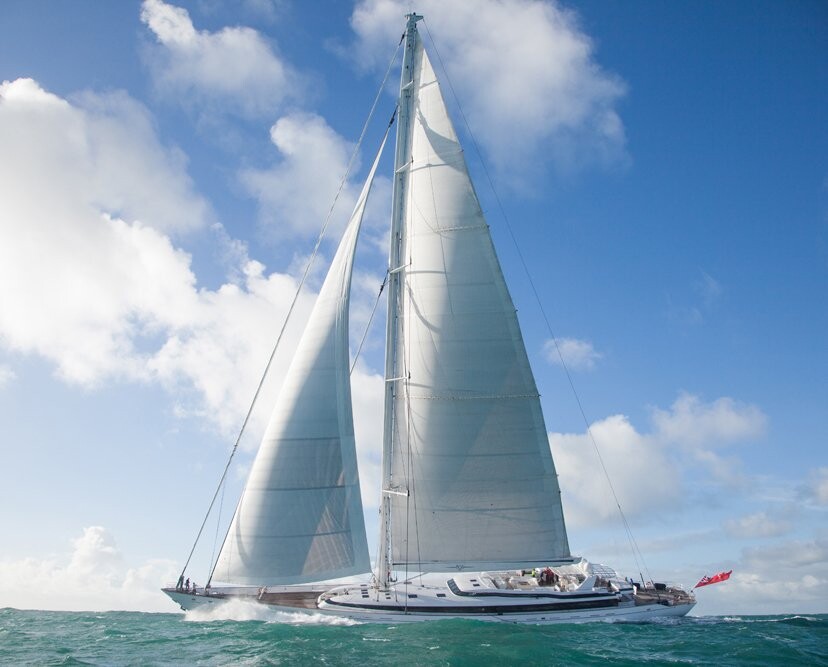 M5 was put through her paces off Falmouth, UK as her new carbon rig was tested during sail trials.

Designed and manufactured by Carbo-Link with OYS making the fittings, the vessel’s 34 new carbon fibre stays and titanium fittings with built-in dynamic fibre optics have decreased the weight of the rig by 18 tonnes.

The sail trials not only established the M5’s potential speed but tested the new system and balance of the yacht under sail for the first time. During several hours on the water with challenging sea conditions the remodelled yacht performed well, reaching 17.7 knots in 18-23 knots of wind.

During the refit Pendennis has completed extensive engineering works which have included replacing the main engines, generators, switchboards and sewage treatment plant along with an upgrade of the air conditioning system, electrics and entertainment system, and a 10 year DNV survey. The interiors have been redesigned by British company Redman Whiteley Dixon.

The project has seen collaboration between Pendennis and the original designer Ron Holland, to achieve the owner’s idea of extending the stern by 3 metres which has created a new sleeker profile providing an impressive aft deck area.

M5 is currently undergoing her final fit-out and systems testing before her scheduled departure from Falmouth later this month.