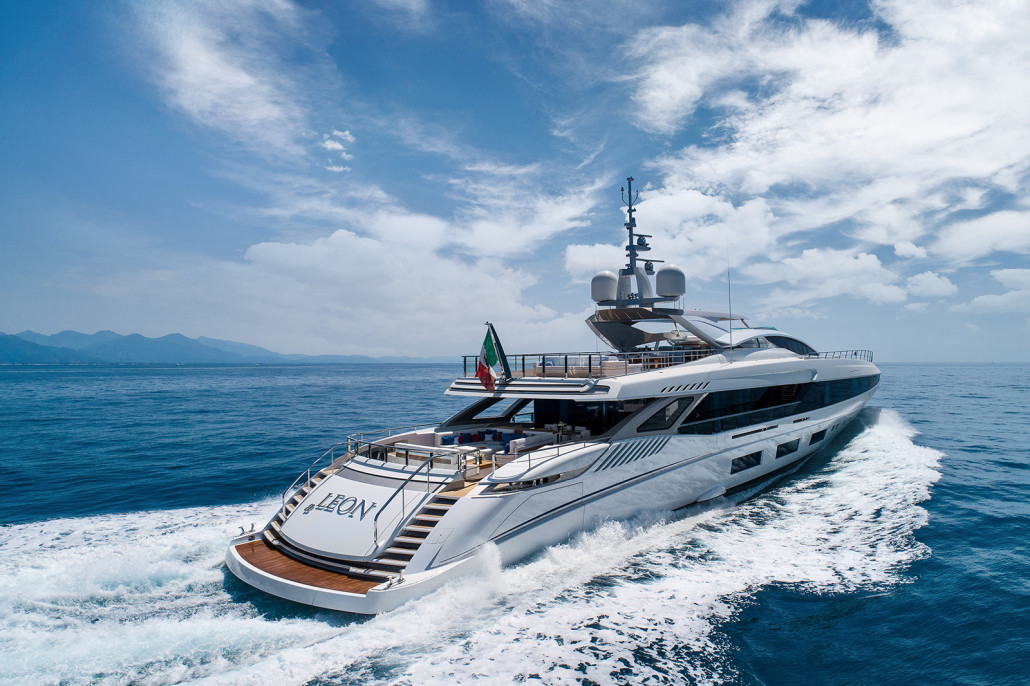 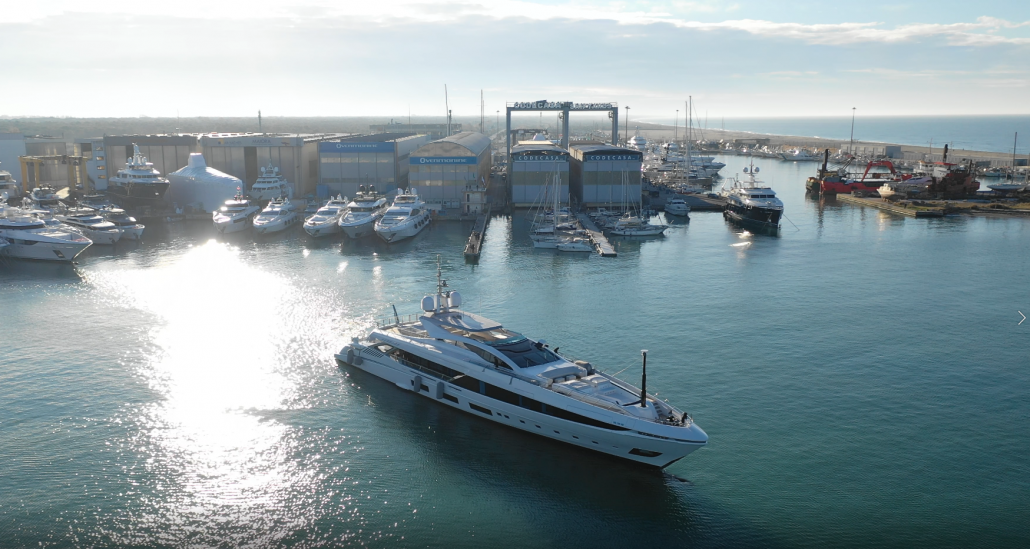 Mangusta yacht El Leon has achieved its debut ocean crossing, landing in Barbados on the 19th of December after setting off from Viareggio earlier in the month. The voyage makes the 54m the first Mangusta vessel to cover the 4,800 nm of Atlantic.

El Leon is a recent build, having been delivered to her Owner last summer and publicly unveiled at the 2018 Monaco Yacht Show. She is the first model in the Mangusta GranSport line, a new generation of Fast Displacement vessels designed by Alberto Mancini. Measuring in at 54m, El Leon is also the largest yacht to come out of the Viareggio shipyard.

The boat has an impressive top cruising speed of 30 knots and a range of 4,800 nautical miles; a capability made possible by cutting edge onboard technologies. Hi-tech solutions include a Studio Ausonio designed ‘Fast Surface Piercing Hull’, meaning that the hull possesses a bulbous bow that effortlessly skims the surface, using dynamic thrusts to control longitudinal trum and maintaining a displacement mode even at high speeds. The alliance of a 4-engine / 4-propeller drive, with the added benefit of electric stabilizers, makes El Leon a powerful and comfortable specimen.

The yacht’s owner decided to undertake the Atlantic crossing after testing the vessel during the summer. Ordinarily boats of this size do not have the range to cover the distance from Europe to  the Americas and are therefore loaded onto another vessel. However, El Leon and the Mangusta Gransport range has been specifically designed and built for such a cruise, and no such measures were necessary.

The vessel, carrying nine crew plus the captain, embarked on the 1st of December and moored in Gibraltar on the 4th. After a quick re-fuel, El Leon steered into the Atlantic Ocean and cruised towards the Canary Islands. After a second stop-off on the 11th, the yacht then embarked on the longest leg of its journey - a 2,450nm trip to the American continent. After a total of 6 effortless days, captain and crew caught sight of Bridgetown, Barbados.

Although Paolo Bozzo Costa, El Leon’s Captain, was “willing to find out more about her peculiarities along the way”, he reported that the yacht behaved “outstandingly”. The performance  has confirmed her seakeeping capabilities and benefits of her innovative hull. El Leon not only maintained a remarkable average speed of 14 knots, but arrived in the Caribbean with enough fuel in her tank that her first cruise was a leisurely affair.

“The yacht impressed us with her great comfort, stability and performance,” the captain has reflected, “I am increasingly proud of having helped Overmarine Mangusta’s staff during this yacht’s design and sea trials. After this great Ocean crossing, El Leon will take us on new exciting voyages around the world!”

After this encouraging development, we cannot wait to see what is in store for Mangusta and the Gransport range.

"The yacht impressed us with her great comfort, stability and performance."

"The yacht impressed us with her great comfort, stability and performance."