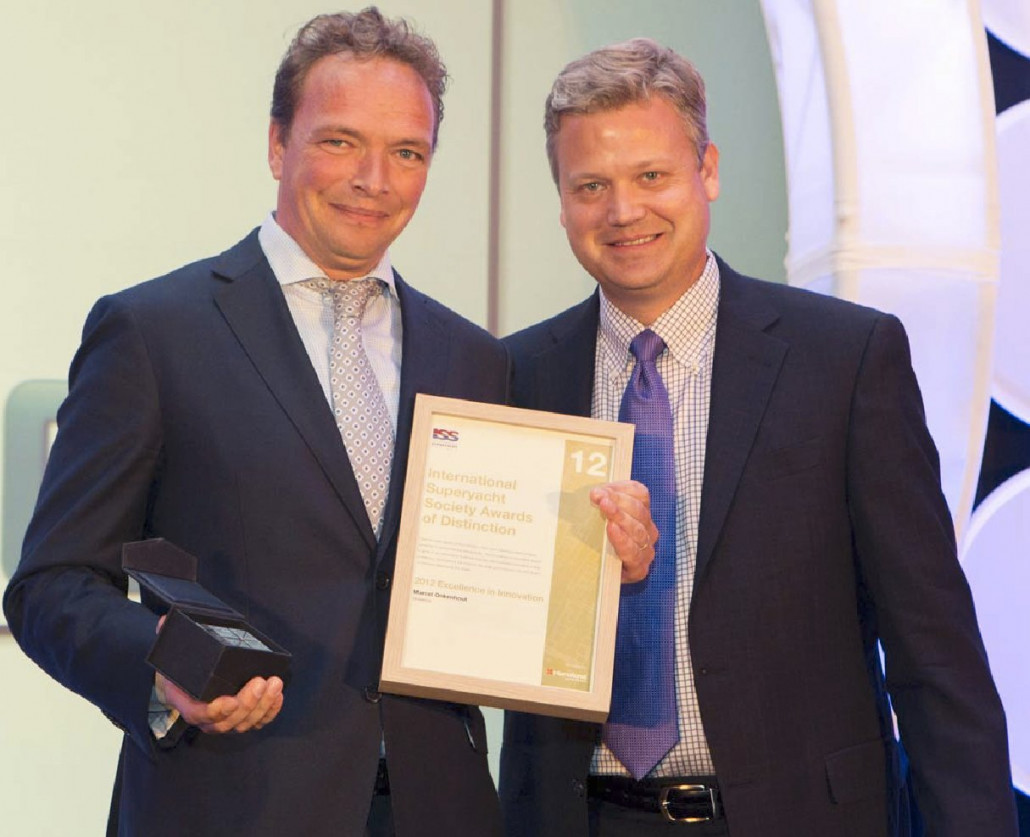 Marcel Onkenhout, CEO of Oceanco, was awarded the ‘International Superyacht Society’s Excellence in Innovation Award’ at their annual Gala held on the 25th of October, 2012, during the Fort International Lauderdale Boat Show. The award, open to every aspect of the marine industry, is given to an individual or business that has demonstrated innovation in their endeavors within the previous year.

Onkenhout has been highly original in his team development and business management and has taken the company forward with innovative thinking. The ISS acknowledged that, while other successful top yards have had generations of success to lean on, Oceanco, through Marcel's steady leadership and creative thinking, is standing head to head with the industry's longest-established and most respected yards. Oceanco’s maxim “Yachts for Visionary Owners” clearly extends itself now to visionary management.

In his acceptance speech at the podium in front of the entire yachting industry, which included wide-ranging superyacht builders, designers, owners, captains and many others, Onkenhout chose to accept the award on behalf of the Oceanco team. He also explained that for Oceanco, innovation was finding better ways to do things—being more creative in design, finding new ways to build yachts, and providing better after sales service.

He went on to say that he thought the most important innovation at Oceanco has been the creation of a positive working relationship with Oceanco’s clients, co-makers as well as with its employees and the industry. This is not the first time Oceanco has been recognized by the ISS. In 2008, Oceanco’s 82m Alfa Nero received the award for best power yacht 65m+ and then in 2010, their 85.5m Sunrays received an award in the same category.

The International Superyacht Society (ISS) was founded in 1989 and represents the large yacht industry. Its fundamental mission is to build alliances worldwide with regional associations; to serve as communications conduit for issues affecting the marketplace, owners, crew and industry members; and to recognize achievement as well as provide educational opportunities and networking events.

Each year ISS presents its peer-reviewed Design and Leadership Awards, which recognize individuals and companies for their expertise, leadership and dedication to raising the standards of design, construction, maintenance, repair and operation of large yachts.

Networking and educational programs are conducted internationally and include open forums, informal gatherings and round-tables. It is ISS’s priority to foster dialogue among Society members and others in the large yacht segment of the marine industry, leading to the strengthening and growth of the business interests of Society members and the industry as a whole.