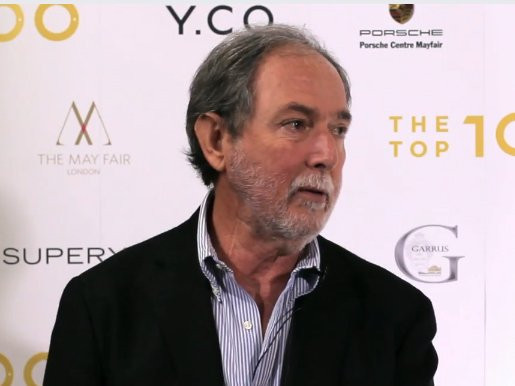 Since the 180-metre Azzam launched last year, in the process becoming the world’s largest yacht, most of the attention has been on its sheer size.

But behind that statistical quirk was an incredible amount of technological and design expertise that went into its construction. And one of the key company's behind this was Nauta Yachts, the designer of Azzam.

We sat down with Mario Pedol, Chairman and CEO of Nauta Yachts, at last month's Superyachts.com Top 100 event in London, to discuss a truly historical project.

“It was a special project for more than one reason,” he said. “Of course, for us it was the first megayacht to arrive and that already is an important point, but more than that it was to be a partner with a top builder in the world for 100-metre yachts, Lürssen. It is like an honour.

“And also we’ve been very fortunate with Azzam that we had a brief which has allowed us to develop our philosophy of balance and neatness of aesthetics and lines. So this is also something which made the project even more passionate and exciting to work on.

So was there a little bit of underlying pressure knowing it would be the world’s largest yacht?

“Well it started not as the biggest yacht in the world,” he reminded us. “The first group of design was for a 145-metre, which doesn’t make a big difference for us, so it was already very exciting. The main styling features were already there so it gave us the confidence for the second step.”

What would he say is the difference between designing something smaller and something gigantic like Azzam?

“Well funnily enough and interestingly enough, the small boats which go into serious production, they have the same kind of industrialisation behind them as a big yacht like Azzam,” he said. You need a lot of engineering, a lot of design thinking of the procedure how to build to be efficient in the construction.

“But design wise it’s a totally different world. It’s shipping more than yachting. But the main points - balance and equilibrium, to get a nice looking boat – are the same, whether you design a 9-metre or a 180-metre yacht.

You can watch the full video interview with Mario Pedol above this article.