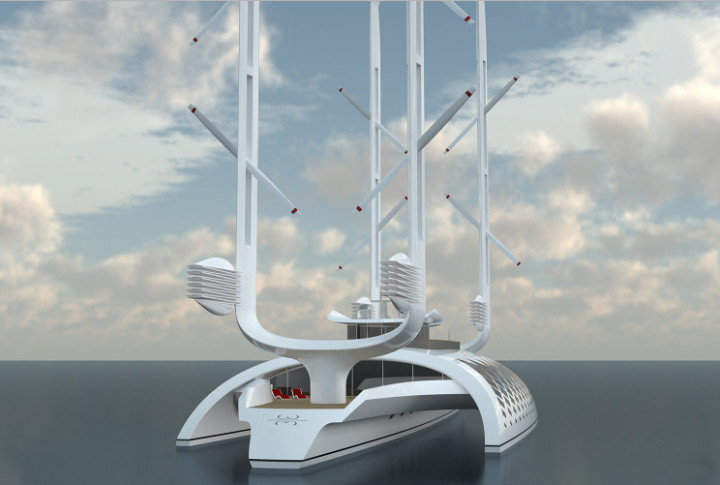 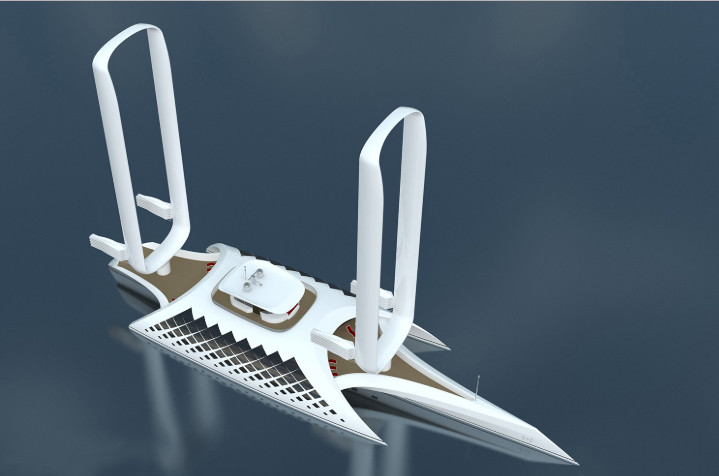 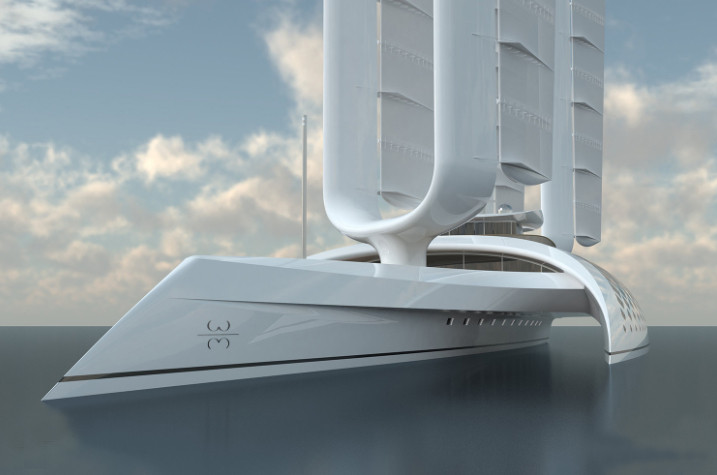 With more superyacht builders, architects, designers and owners alike trying to introduce new, innovative and eco-friendly initiatives within the market, we shed light on a 70-metre concept by Mathis Rühl. The design was developed with efficiency and self-sufficiency in mind.

This innovative rig system is fully automated and has been optimised to work efficiently in lighter winds. In addition, the rig can be fitted with wind turbines to charge the yacht’s batteries when resting at anchor, capitalising on nature’s energy at all times.

Additional design features include an interior helm station on the upper deck; sunbathing and al fresco areas on the aft and foredeck while her large arched superstructure creates a spacious interior with curved ceilings. Moreover, the superyacht also features a central skylounge with teak details.

While the status of the project remains unclear, the designer has revealed details of a larger version; the Wind Motion 120; a wind powered 120-metre cargo ship.