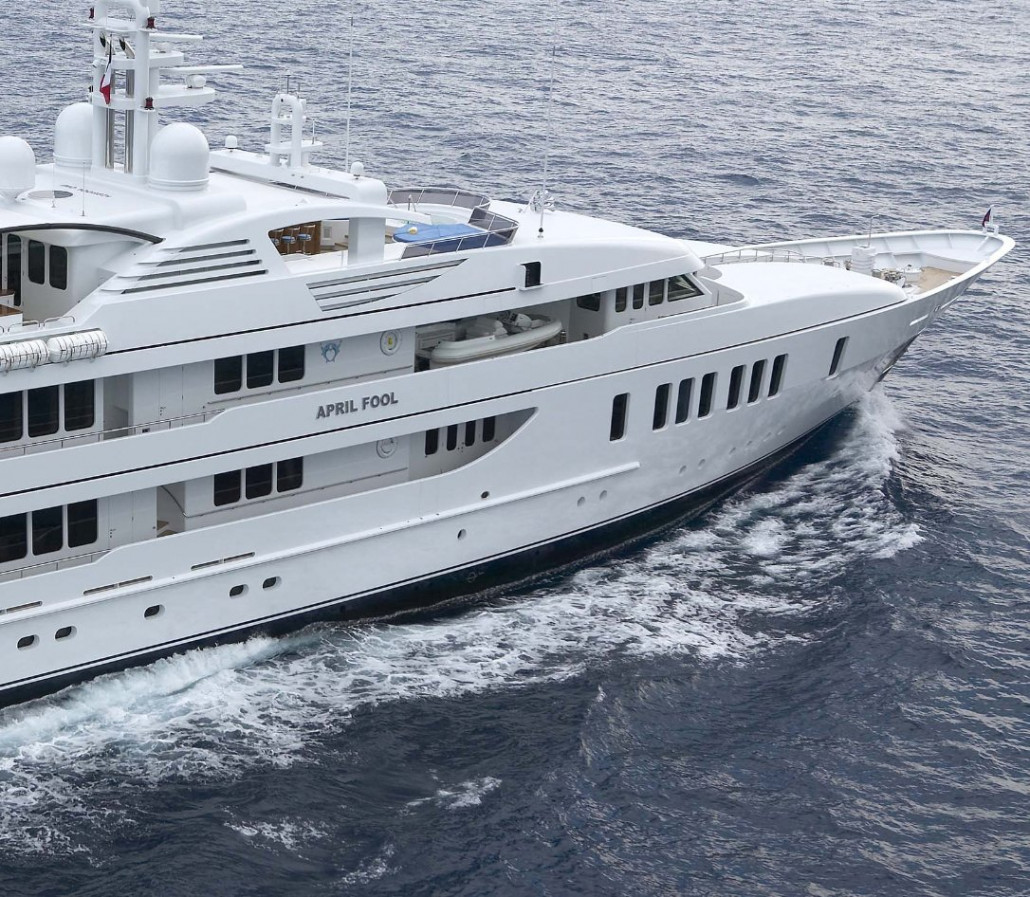 April Fool was launched in 2006 by the world renowned Dutch yacht builder Feadship and after a long, successful career on the water and an extensive refit in 2009, has now been sold to her new owner.

Designed by De Voogt Naval Architect, this sleek and sophisticated superyacht holds an interior design from Larvor Janet Leroy and space for eight guests on board.

Before her sale, April Fool was originally listed with Merle Wood & Associates at an asking price of $59,950,000.