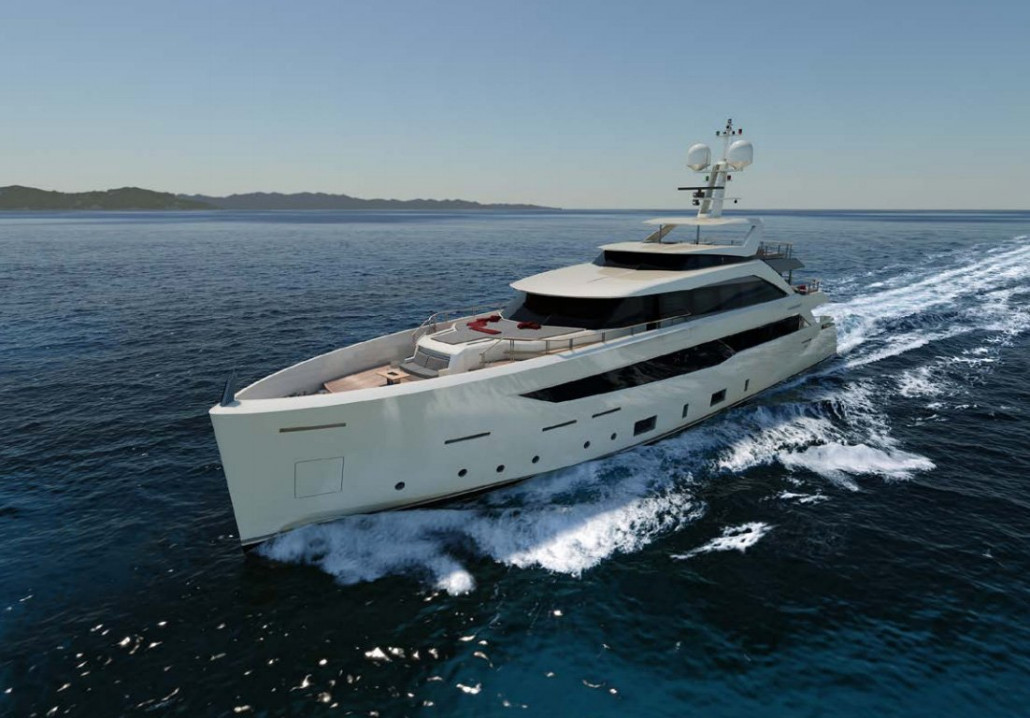 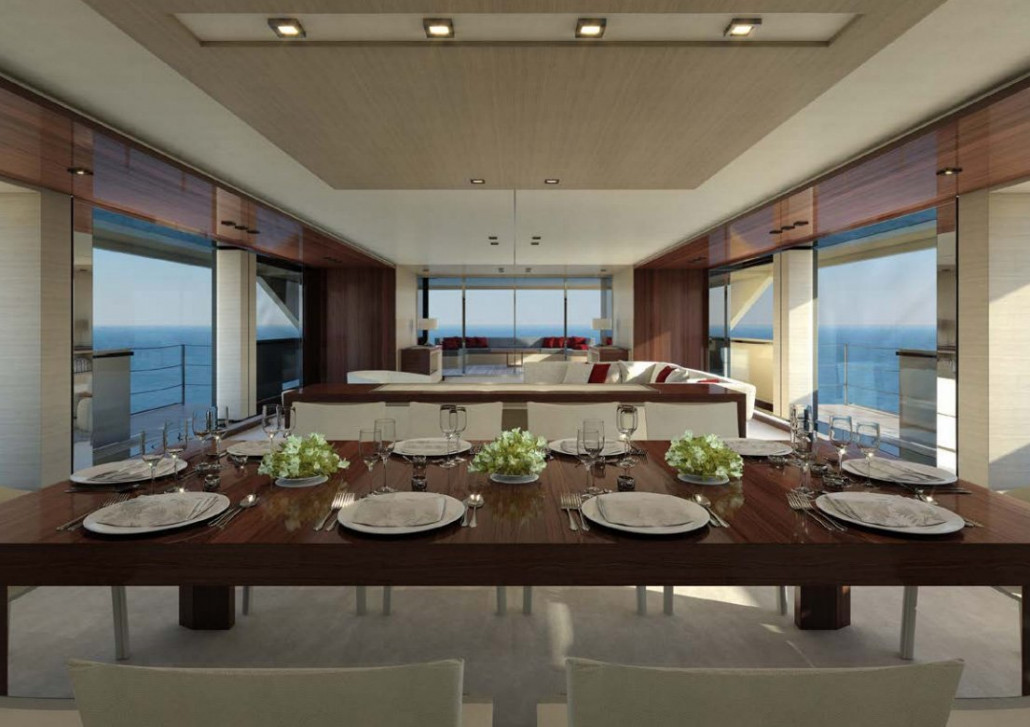 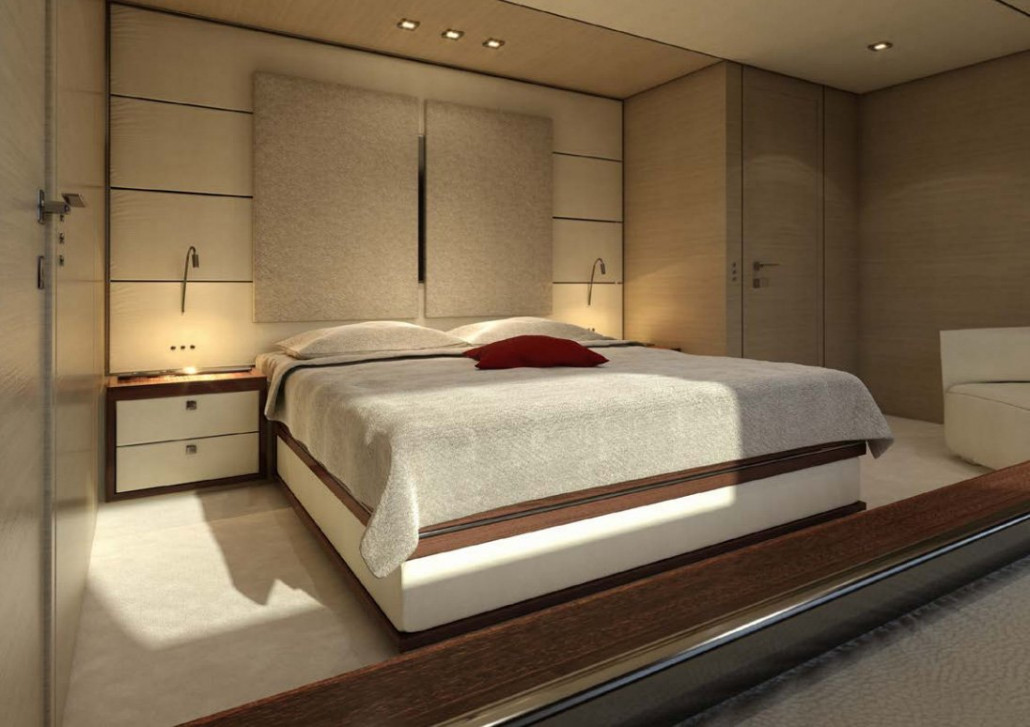 The first unit of the Mondomarine SF line, a new concept born to provide a clean and well-balanced design together with a new conception of internal and external volumes. Themes like space and its flow, as well as a general balance within the profile, are at the core of this choice, and Serenity is an ideal reflection of this.

With an overall length of 42.30m, an overall beam of 8.80m and aluminium hull and superstructure, the SF40 reaches a maximum speed of over 17 knots.

Each part of the yacht has been conceived both individually and in relation to the others so to provide a flow of aesthetic continuity and functionality where the eye is not hit by any predominant feature but it is instead attracted by a harmoniously calibrated combination of elegant elements.

The distinctively clean exterior and interior lines produce a timeless sense of luxury, immune from the influence of fashion and very focused on the enjoyment of the ambient and on the rediscovery of the essence of travel, adventure and discretion without any ostentation.

M/Y Serenity houses four guest cabins on the lower deck, all with proper ensuite bathrooms, and an owner cabin on the upper deck (Owner’s deck) with unusual dimensions and layout. Special attention to the position and privacy of the Owner’s cabin motivates its unusual layout on two semi-levels, each with its own specific connotation: the upper part fully immersed in the surroundings, with a panoramic open view to the fore and to the lower area, more intimate and private, with light coming from the top and from the sides to convey this space a relaxing and hideaway sense.

This “breakaway and innovative” design stands out from what so far has been considered a fundamental layout principle so that exterior lines were the only element that the majority of existing boats could distinguish themselves on.

The finishing scheme applied on the owner suite include the application of high gloss rosewood veneer on vertical structures and custom furniture , together with white Calacatta marble and a Portoro light frame around it. These materials give lightness and simple elegance to the owner suite area, making out of it a contemporary space without any redundancy.

The interior designer Mrs. Fatema Almaidan has repeated this method in perfect balance into the main salon, where the scene is dominated by the white high gloss lacquered outward surfaces and the white leather ceilings, again in well calibrated balance with the warm base rosewood essence.

Under the influence of the Designer’s Middle East origins, it has been created a figurative “leitmotif” which enhance big architrave in rosewood all over the perimeter of the salon. The application of the off-white and brick-red leather as finishing of principals furniture offers a particular sense of calm and soundproofed environment.