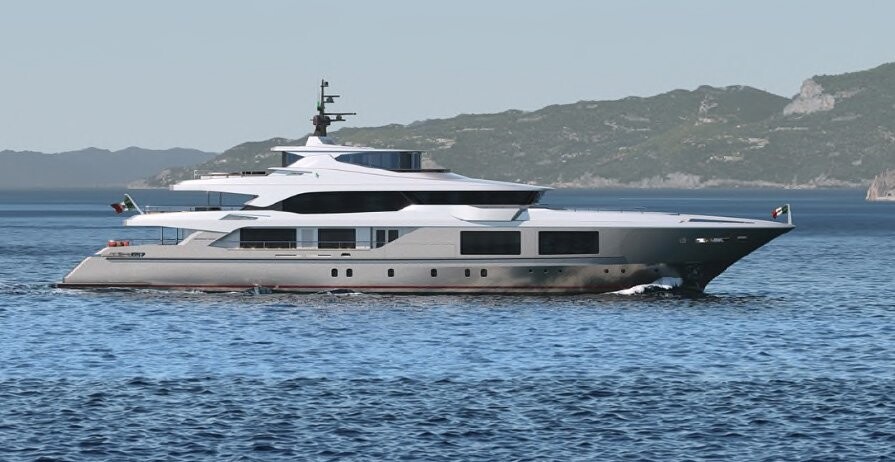 With a Gross tonnage of 800GT abt., an overall length of 54.00m, a maximum beam of 9.80m and steel hull and aluminum superstructure, the M54 will reach a maximum speed of 17 knots.

As every other Mondomarine, the M54 will be tailormade on its Owner’s needs giving him an one of a kind amazing project to proudly cruise on around the globe.

The M54 features four guests’ cabins on the lower deck, the Owner’s cabin on themain deck and a sixth cabin convertible into a media room on the upper deck. M54 will be equipped with an elevator serving the four decks and a touch and go helipad.

As a globetrotter, due attention has been paid to the range and a considerable amount of space has been dedicated to large tenders, jet-skis and water toys.

Roberto Zambrini has announced the sale together with Kevin Bonnie on Monday the 14th, on the occasion of the Cantieri Navali Campanella 100th Anniversary celebration. The sale was in fact conducted in cooperation with IYC Monaco.