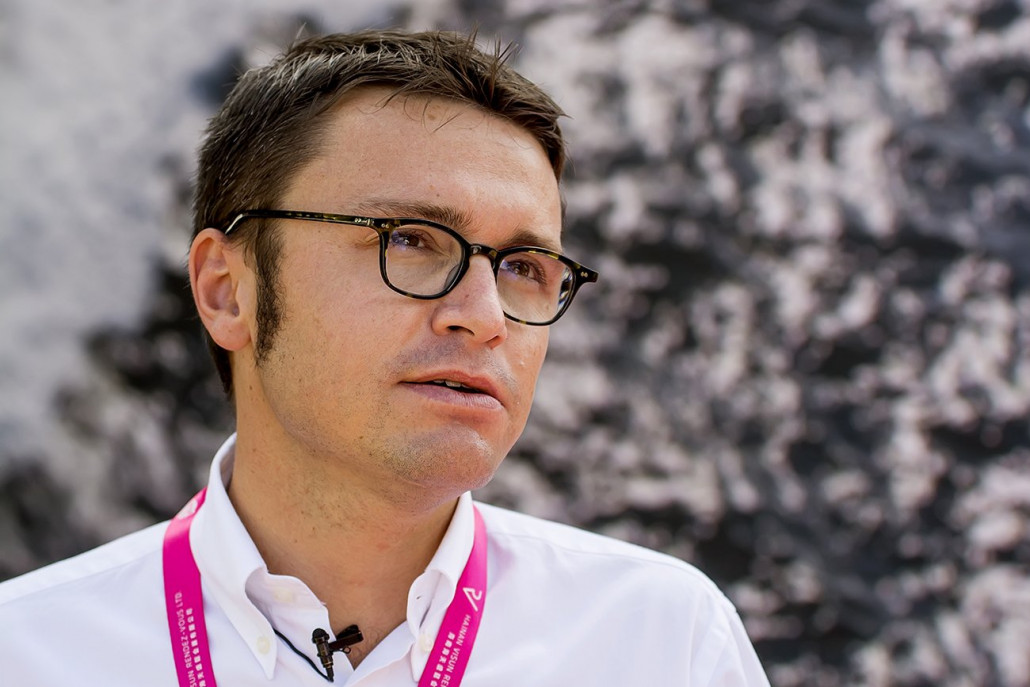 Monte Carlo Yachts was founded with the vision of creating elegant Italian yachts built in response to people’s growing desire for well-being and harmony on the seas.

Most recently, they have been attempting to import their distinctive philosophy to the nascent yacht market of Asia. We caught up with Federico Peruccio, Marketing Manager at the 2015 China Rendez-Vous, to hear more about their efforts.

“The Chinese market is very important to Monte Carlo Yachts,” he began, “as is the overall general Asian market. We are pretty much focused together with Simpson Marine, which is our representative at greater China here at Hainan Rendez-Vous, on this Chinese market which, of course, had different steps during the last few years with the Chinese market going up and down. But still we see how powerful is the area and specially the Rendez-Vous during these days.

“Monte Carlo Yachts is quite a recent company because we’ve been founded in 2008. It’s a brand which is 100% Italian but belongs to Beneteau Group – one of the most important, reliable companies in this sector, and financially speaking one of the strongest groups in the world with 131 years of life.

“I used to say we have two more years than Coca Cola! We passed through two world wars and we are still managed by the same family, the fourth generation Beneteau family, so one of the strongest groups that wanted to create a new company fully based in Italy and guided by Italian management in 2008 in Trieste where we are based in northern Italy.

“In order to be present in that segment of luxury motoryachts of 60 feet and above, today our range is composed of the 65, 70, 76, 86 and the latest 105 which was just introduced on the market last July with the world premiere event in Venice, the Cannes Boat Show Monaco Boat Show, Genoa…

“So far we see the vision, the strategy of the group, is very clear, able to introduce a new product, a new model, every year on the market, increase continuously the range product on the market with the lines that are new, which are innovative compared with what we have around us.”

You can watch the full video interview with Federico Peruccio above this article.