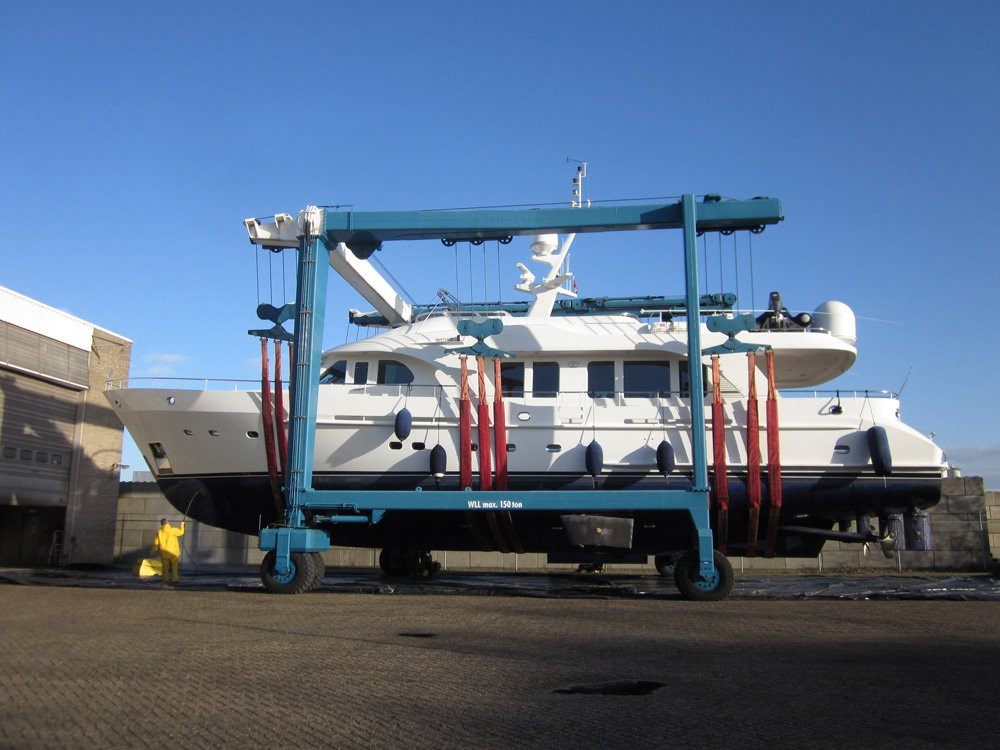 Moonen Shipyards in the Netherlands has entered the new year in great shape, announcing two new refit projects. The company is also making good progress on its two new builds from the Caribbean series – the 37-metre Martinique and 32-metre Matica – and a number of other projects are also on the horizon.

The first refit project has been commissioned by an owner who is very aware of Moonen’s quality of construction and engineering, having had not one but two new Moonens delivered in 2003. He purchased the Moonen 84 Phoenix in 2014 via Maarten ten Holter of Fraser Yachts Monaco with the express intention of refitting her to his exact – and exacting – specifications. The yacht has now been renamed Impetuous.

“In addition to having detailed ideas of the radical refit he intended to do on this new acquisition, the owner of Impetuous was also sure where to have this work carried out,” comments Jan Tielemans, Service Manager at Moonen. “His excellent experiences with Moonen Shipyards in the past led him to instruct the captain to sail here before an agreement had been reached on specifications or price. It is the ultimate sign of client confidence that discussions about the details of the refit only got underway once the yacht was in our yard at ’s-Hertogenbosch.”

The negotiations were clearly fruitful as the project involves a considerable amount of work. The swimming platform is being lengthened by one metre and the yacht is being fitted with a zero speed stabilisation system, new teak decking and a long range tank. The seating area on the flybridge is being enlarged and rearranged.

Interior activities include replacing the existing owner’s suite and one of the guest cabins and installing two new guest cabins. The galley, currently part of the saloon, will be transformed into a separate area, while the audio/video facilities in both the guest and crew areas will be modified and renewed.

The refit also covers comprehensive maintenance of the technical installations and an upgrade to the latest thinking in noise attenuation. The existing shore transformer will be dismounted and a new 50 kVA converter installed in the engine room. In addition, all navigation and communication equipment is being reviewed. Last but not least, by the time Impetuous is relaunched in time for the new European sailing season she will have a new tender and look resplendent with her new exterior paintwork.

The second refit project at Moonen involves the 30-metre Amigo, originally built by Heesen in 2001 to a Peter Beeldsnijder design. Her owner is another familiar face at Moonen as he has commissioned the yard on two previous occasions for refit and maintenance work on the motoryacht. This time round the main activity involves a comprehensive repaint of the exterior.