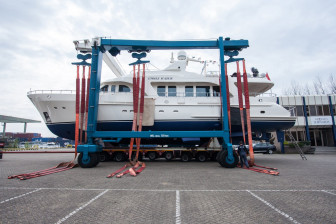 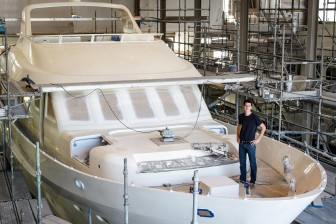 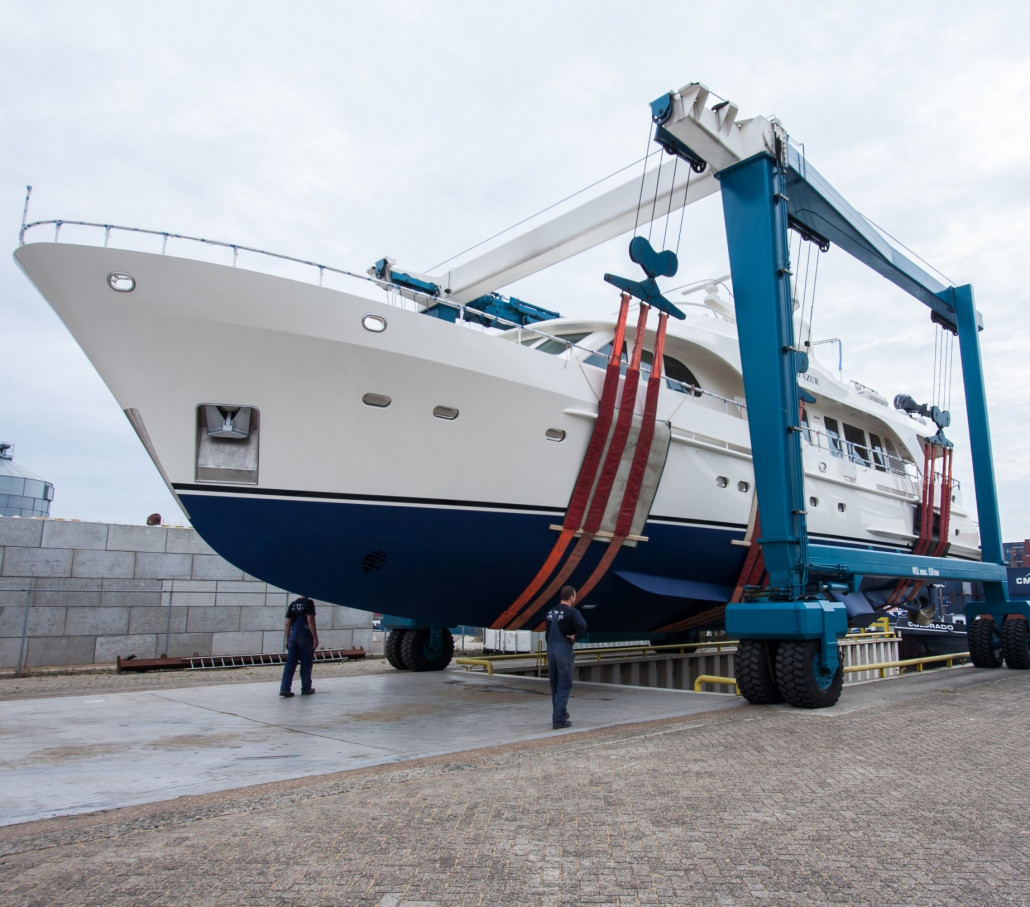 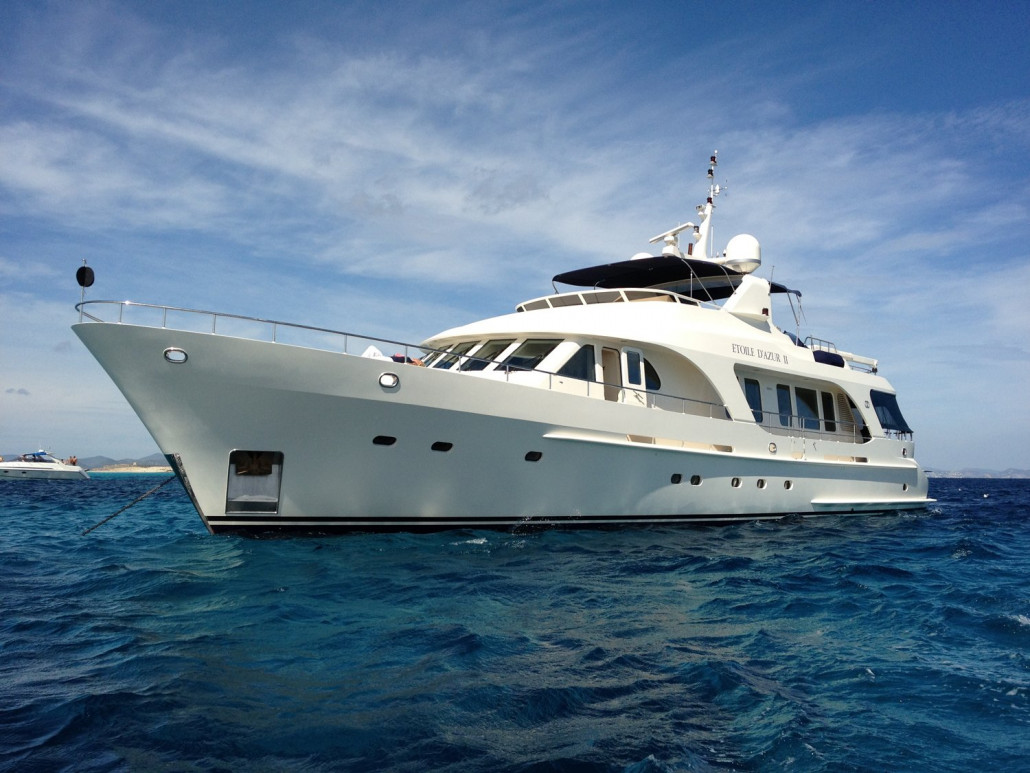 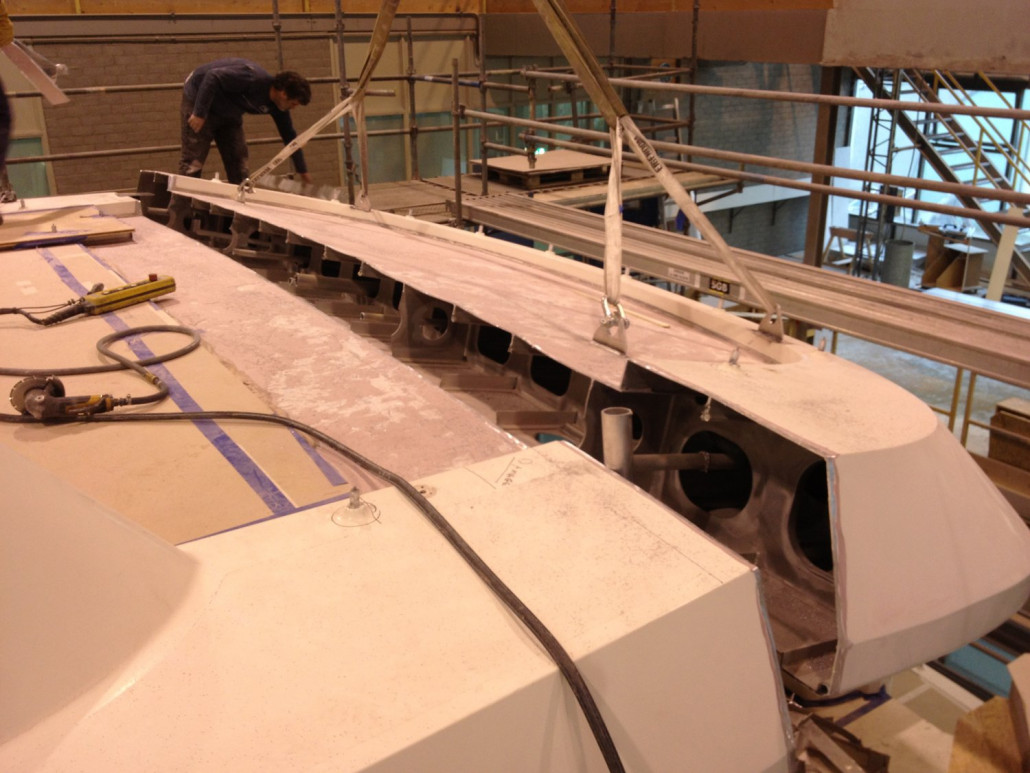 Moonen Shipyards in the Netherlands has successfully completed the refit of the Moonen 84 Etoile d’Azur. The five-month project has included some complex upgrades to the stabilisation system plus a smart extension to the flybridge that offers both practical and aesthetic benefits.

Launched in 2007, the 26.25-metre Etoile d’Azur is still in the hands of her original owner. He has thoroughly enjoyed his years of sailing onboard this sturdy displacement motoryacht from the boards of René van der Velden, which was the seventh of the eight Moonen 84s built. Etoile d’Azur has crossed the Atlantic twice on her own bottom and is one of the most used Moonens in the fleet with almost 5000 hours on her engines.

The owner and his captain Tristan le Brun had spent the summer of 2012 exploring Spain and initially looked for a yard in the Mediterranean region to carry out the refit. “The meetings we had with possible yards made it evident that the best solution was to come back to Moonen,” says skipper Le Brun. “The Moonen craftsmen know the boat inside out as they built her and the yard has exceptionally high quality standards. With the extensive amount of work required it felt like a risk to take Etoile d’Azur anywhere else.”

After a Moonen engineer visited the yacht in Spain to make a proposal, the owner decided to change his plans for 2013 in order to incorporate a refit in Holland. “As well as being impressed with the professional approach, we were pleased with the reasonable pricing for the refit. This made the decision to take Etoile d’Azur ‘home’ to Moonen even easier.”

The refit project included a comprehensive paint job and the installation of an electrical zero speed stabilisation system in place of the existing hydraulic system. The electrical system requires approximately half the power of its hydraulic zero-speed alternative. Moreover, as it does not require a larger generator, no synchronisation was required. This offers considerable cost savings.

“The way the new stabilisers were fitted is a fine example of the Moonen approach,” says skipper Le Brun. “The exchange had to be made by working through the owner’s stateroom, which meant that the yard had to be very careful. These stabilisers are heavy, complex units and it required a great deal of competency to fit them perfectly into place after having properly removed the previous system. Everything was exceptionally well organised and managed so the right people were in the right place at the right time with the right tools.”

Another major part of the refit was to extend the flybridge to cover the main deck aft area, creating even more shading for alfresco dining. In addition, the enhanced flybridge deck space meets the owner’s wish to carry more watersport toys onboard, including scooters, in addition to the tenders and jetski already stored in this location while underway.

“Holland is a great country for a refit,” concludes Le Brun. “All the craftsmen at Moonen speak English and take great pride in their work. The same applies to the subcontractors who have been working on the refit, which are all top companies with excellent people in their employment. No one cuts corners and that gives you such a comfortable and secure feeling. In addition, the Moonen project managers were very open to my suggestions.”

Various cosmetic changes were also made to Etoile d’Azur‘s interior and systems, and the electrics were updated where required. The yacht is now on en route to Scandinavia where the owner will enjoy an extensive cruise of the Norwegian fjords and beyond.