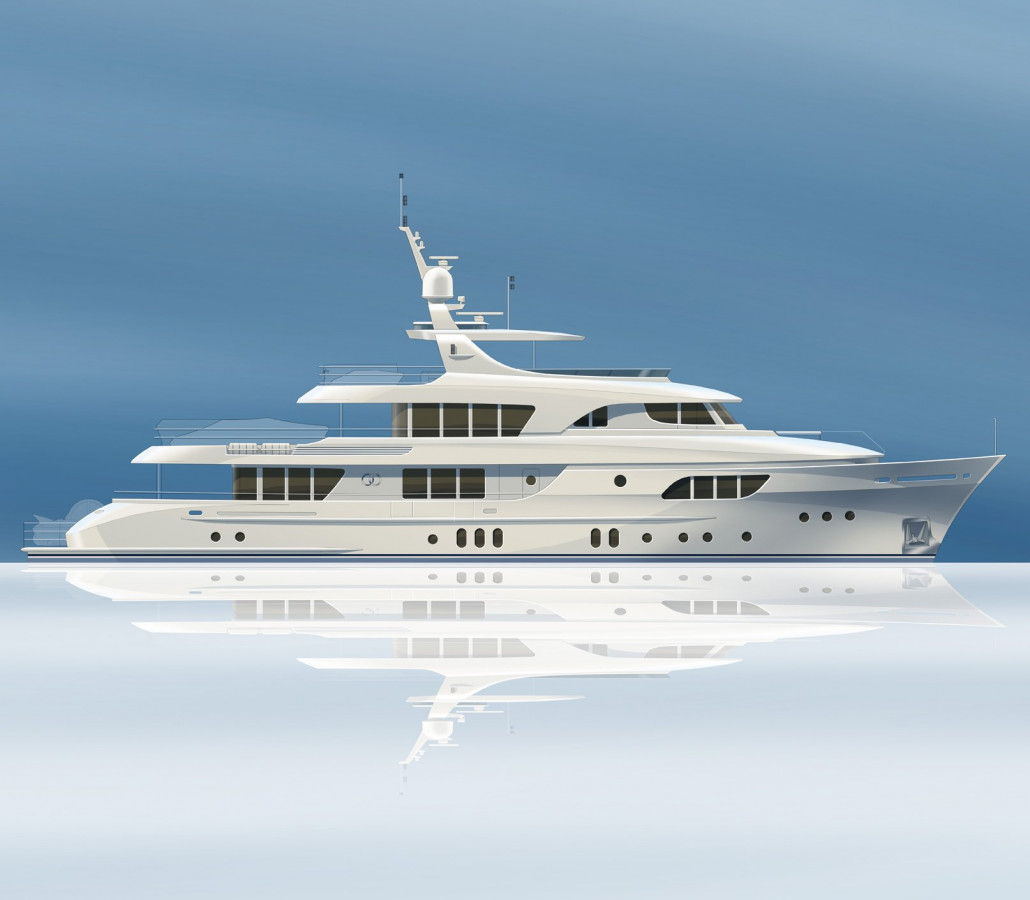 Moonen Shipyards have signed a contract for the Moonen 133, their biggest superyacht to date. Engineering on the 40m motor yacht has already begun for a repeat client, owner of a Moonen 84 and a Moonen 97.

Due for launch in 2012, the Moonen 133 will be the smallest luxury motor yacht ever to carry a two-man submarine, able to explore the depths up to 100m. The Moonen 133 design team, working with René van der Velden, have created a ‘cross-over of a cross-over’, combining rugged adventurous looks with modern superyacht styling and classic yachting elements.

The exceptionally elegant explorer has a low profile, excellent sea handling performance and a very long range. The owner wanted a larger yacht but with a desire to stay within a length that allows access to small places. In doing so, the Moonen 133 remains a family yacht that does not need an excessive number of crew, using only 6 or 7.

The Moonen 133 offers a surprising amount of volume for a 40m yacht, holding room for six spacious guest cabins. The new yacht will have a high bow, a full-beam master suite forward and a light and open interior with large windows, bathing living spaces in natural light.

A large area is set aside for stowing giant tender, launched by a powerful centreline crane that will allow the crew to deploy the boat over either side. The Moonen 133 will also have a submarine stored on board, which is deployed through a hydraulic ramp. Once the submarine is in the water an immense swim platform opens up to offer watersports entertainment, supported by a large lazarette, ideal for fishing gear and motorbikes.

Her interior will be designed by leading Dutch studio, Artline, working closely with the owner to make full use of the spacious Moonen 133 layout.

The Moonen 133 is planned to make its public debut at the 2012 Monaco Yacht Show.