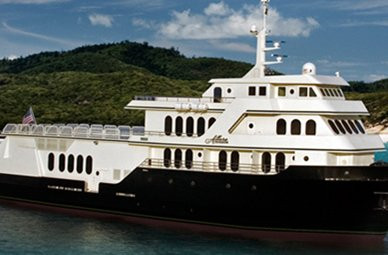 Formerly called “Belle”, the custom built motor yacht was created by Shadow Marine and was launched in 2007.

Also boasting an interior by Shadow Marine, the vessel’s exterior was styled by Lay, Pitman and Associates

In terms of accommodation, Allure Shadow has space for up to 12 guests in 6 suites comprising 1 owner cabin, 4 double cabins, 1 twin cabin. She is also capable of carrying up to 13 crew onboard.

Moran Yacht & Ship are based in Fort Lauderdale, Florida.