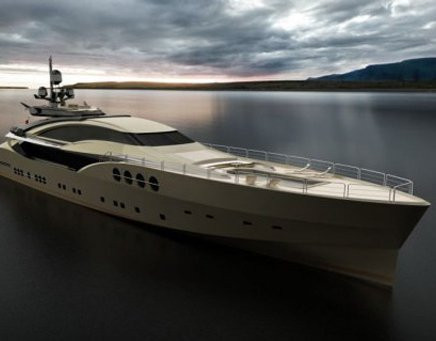 Contrary to our previous statement, Moran Yacht & Ship will be the worldwide central agents for the new PJ210 superyacht after successfully selling Project Stimulus.

Project Hermes, a superb 210’ (64m) Palmer Johnson superyacht, is the second hull in the series, a sleek, high-speed motor yacht with a breath-taking design from the drawing boards of Nuvolari & Lenard.

Project Stimulus was the largest yacht to be sold over 2012 so far, not to mention the fifth Palmer Johnson built yacht that has been sold by Moran Yacht & Ship in the past four years.

Now, the construction of Project Hermes, listed at an asking price of $59.5m, will take place under the supervision of Moran Yacht & Ship’s new construction team.

Project Hermes will be due for delivery around November 2013.