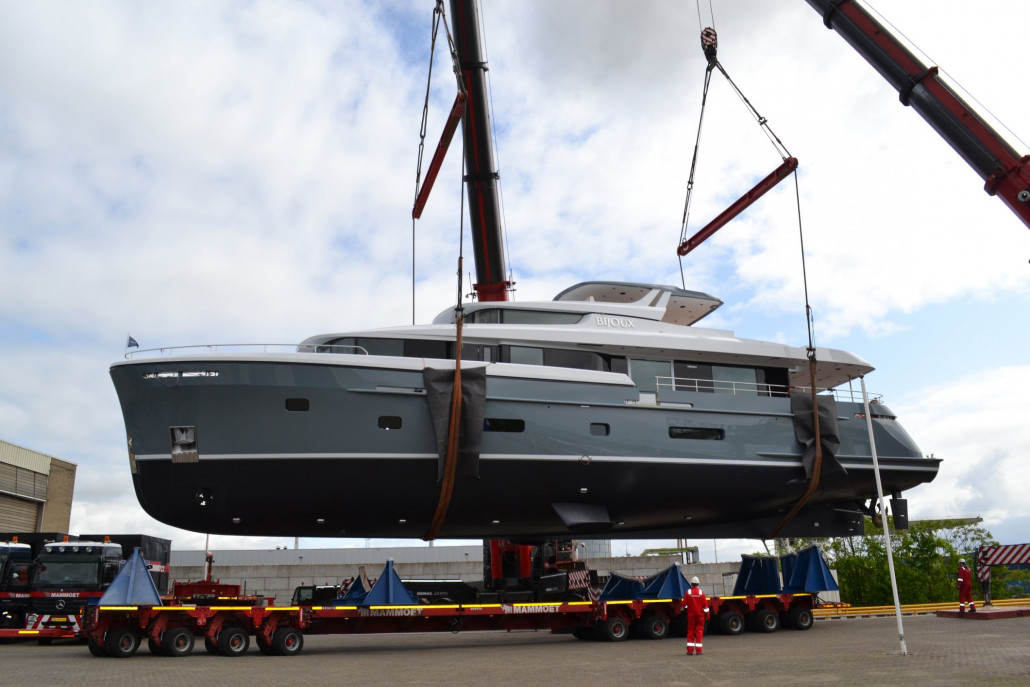 The yacht hit the water at Moonen Shipyards in ‘s-Hertogenbosch, southern Netherlands earlier this month, marking a milestone for her owners.

“As launch customers for this model, the owners have had a significant influence on the design and layout of the first Matica,” says project manager Nicky van Zon. “Although they have visited the yard on a number of occasions during the build, they were delighted that the yacht looked even better in the water than they had imagined.

The owners were also impressed by the views from the pilothouse and the second steering position on the flybridge. And it was wonderful to see the superb colour combination of a grey hull, white superstructure and black striping come into its own.”

Featuring a steel hull and aluminium superstructure, Bijoux’s exterior is designed by René van der Velden, who has produced a vessel with clean and bold lines, while her striking interior comes from the boards of Adam Lay Studio.

Among her standout features are a large swimming platform in the yacht’s stern – a size normally only seen on much larger yachts, which served as a significant challenge to Bijoux’s creators.

Furthermore, the swimming pool is designed in an innovative way so that when the swimming platform is retracted it is invisible to see from the outside. A tender store, also situated in the stern, has the capacity to accommodate a 5-metre tender.

“It has been a wonderful experience to work so closely with the owners on this project,” concludes Van Zon. “The trust and confidence they have in Moonen has been rewarded by all the craftsmen at the yard giving their all to this project. Now we are going to complete Bijoux to make sure the owners enjoy the boat as much as we have enjoyed building her.“