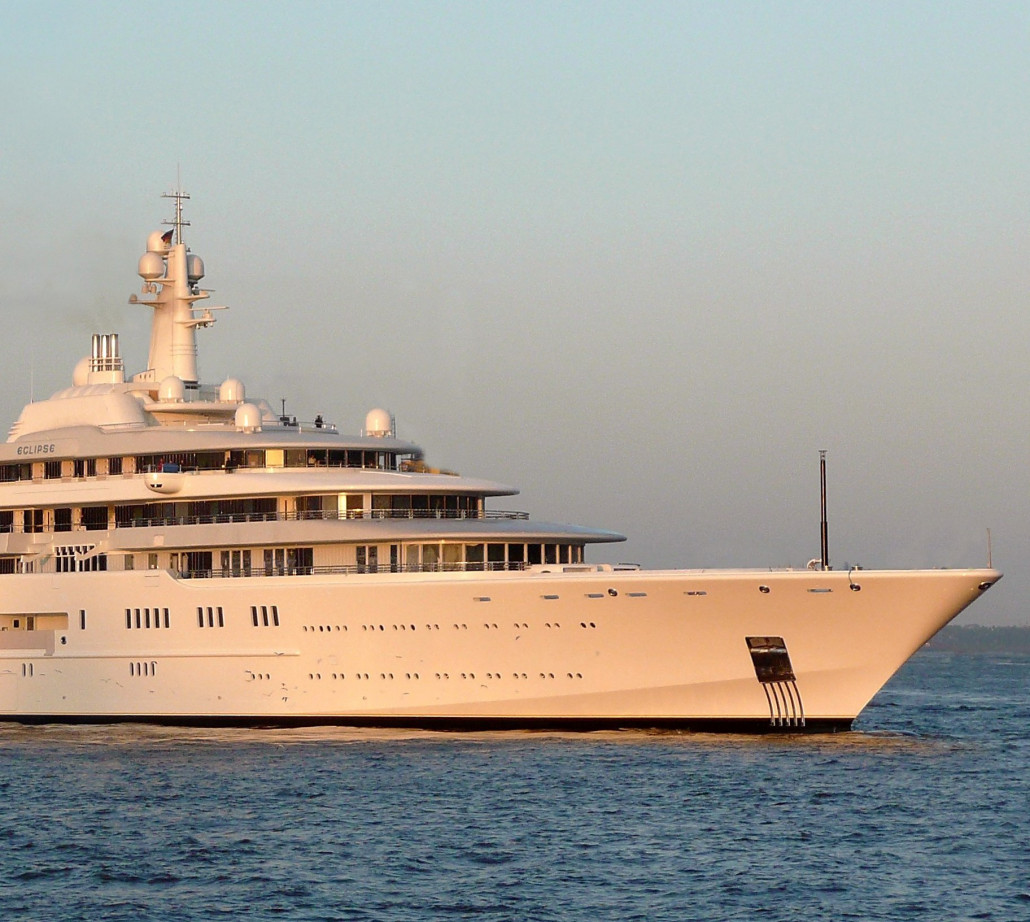 The largest yacht in the world, motor yacht Eclipse, is said to be undergoing further sea trials, tests and adjustments at Blohm + Voss before being delivered to her owner.

A yacht of such mind-blowing proportions is no easy task to take on and world respected German shipyard Blohm + Voss, builders of M/Y Eclipse, are taking extensive measures to ensure optimal cruising quality before her delivery. The yacht is also said to be receiving further work to her paint, navigation system and helipad configuration.

Roman Abramovich was believed to be taking the sea-faring giant to the 2010 World Cup in South Africa; however, sources close to Abramovich have reportedly denied the suggestions after he arrived in South Africa last week via private jet.

Motor yacht Eclipse will be taking further sea trials in order to perfect her German engineering and iron out the creases including engine vibrations. Kept in complete secrecy and surrounded by speculation, motor yacht Eclipse is one of the largest and most complex superyachts to hit the water. She features a classic design from Terence Disdale mixed with revolutionary technology such as a private submersible, and enhanced security measures for the owner.

The German shipyard Blohm + Voss holds world class pedigree, from their first luxury mega yacht built in 1931 and originally constructing the famous battleship Bismarck in 1939 to launching the 96m Superyacht Orca in March this year.