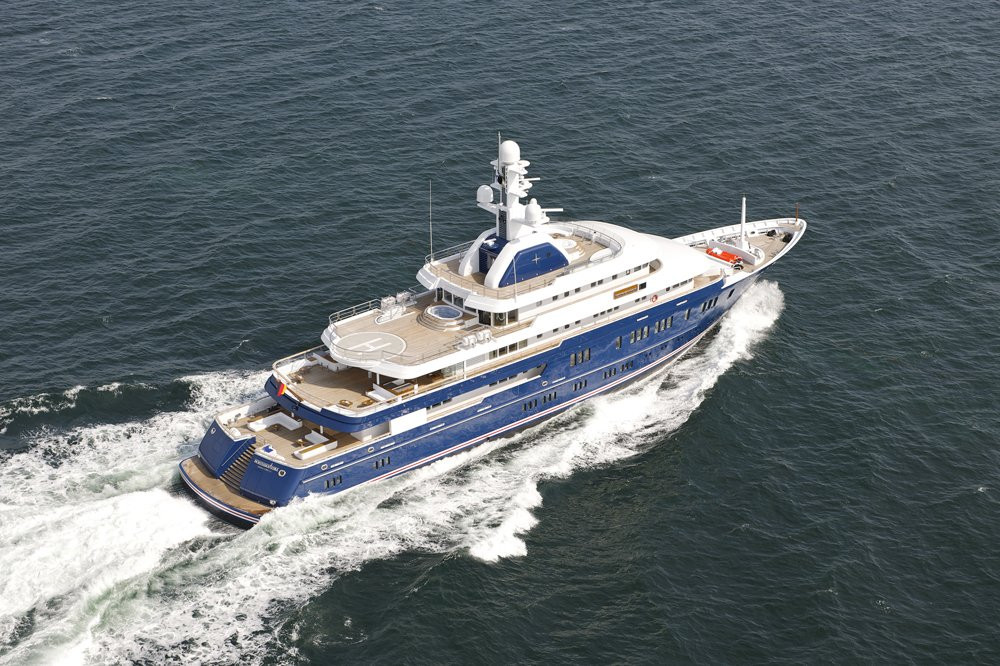 The latest launch from German shipyard Lurssen is the 75 metre giant Northern Star, sure to jump into the Superyachts.com Top 100 upon its delivery in October.

The six-deck superyacht was designed with the object of world-wide extensive and extended cruising even in cold climates, and has been built to require only limited port stops.

Known by the codename Project Scout during her construction, the luxury long-range expedition-capable vessel need only complete final outfitting and sea trials before she is delivered to her owner in October later this year.

Her design features a sizeable beamy hull of steel and an aluminium superstructure of traditional appearance from Oeino as a reflection of the owner’s ideas.

She offers immense outdoor spaces aft, forward and on the sundeck which ensure plenty of seating is available for al fresco dining and lavish lounging.

Inside, the super yacht displays an interior reflective of a grand country house with styling by Pauline Nunns and the owners. This design combination also worked on the previous Northern Star.

The luxury vessel has accommodation for 12 guests who benefit from the advanced sound and vibration features that ensure quite running of the yacht, and her ice strengthened hull design and stabilising system that allow for extreme comfort running and at anchor.

Motor yacht Northern Star is powered by twin Caterpillar 2,000kW diesel engines that allow a maximum speed of 17 knots and a cruising speed of 15.

Her owner plans to make the yacht available on the charter market following her delivery at a weekly price from €600,000 plus expenses.

She has already joined the charter fleet at Moran Yachts and will be available in the Caribbean this winter and the Mediterranean in summer 2010.