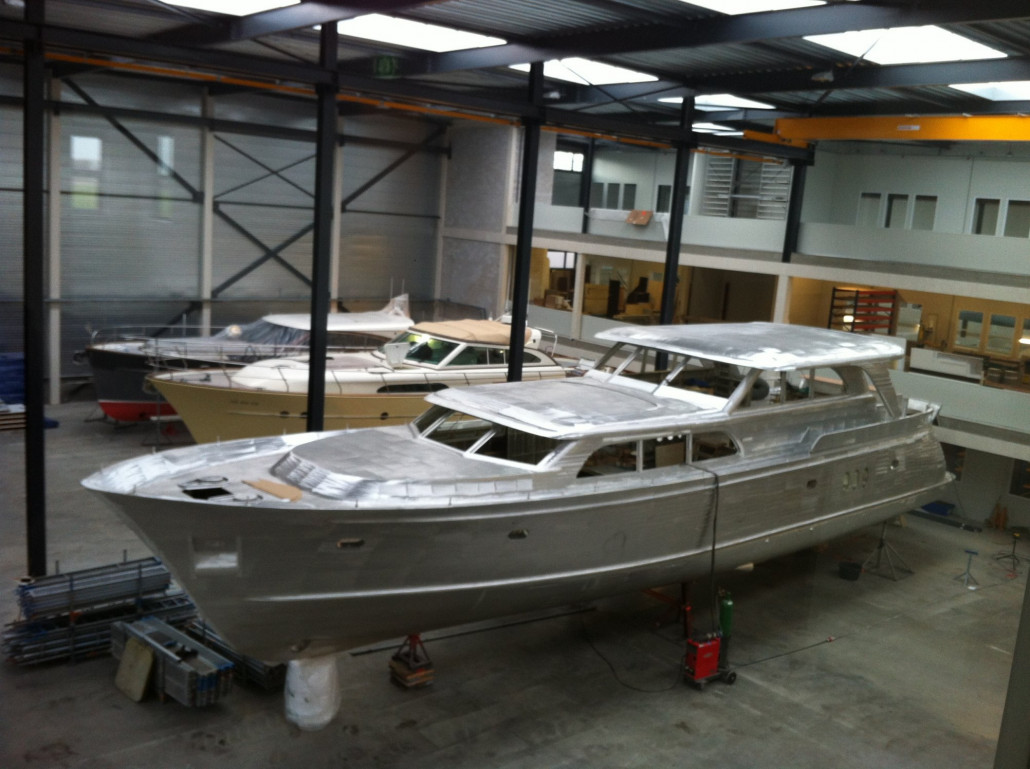 Mulder has released an update surrounding the new advancements currently underway at their shipyard in Zoeterwoude Rijndijk which will be ready to start building three new yachts this year.

According to the report from the yard, the large overhead doors have been installed and the first dry dock is now in use. The outer facades and remaining exterior work is completely finished and final construction phases are being executed on the interior; including the installation of machinery and cranes, the finishing of the canteen and sanitary facilities alongside the furnishing of the master office.

Moreover, the 100-tonne crane, which will later be used for launching the creations under construction at the yard, was recently taken into use. Mulder has also started moving old machinery to the new site and is expecting to be fully operational by the start of February this year.

The hull of the special edition Mulder 94 Voyager will also arrive at the new site later this year ready for construction.