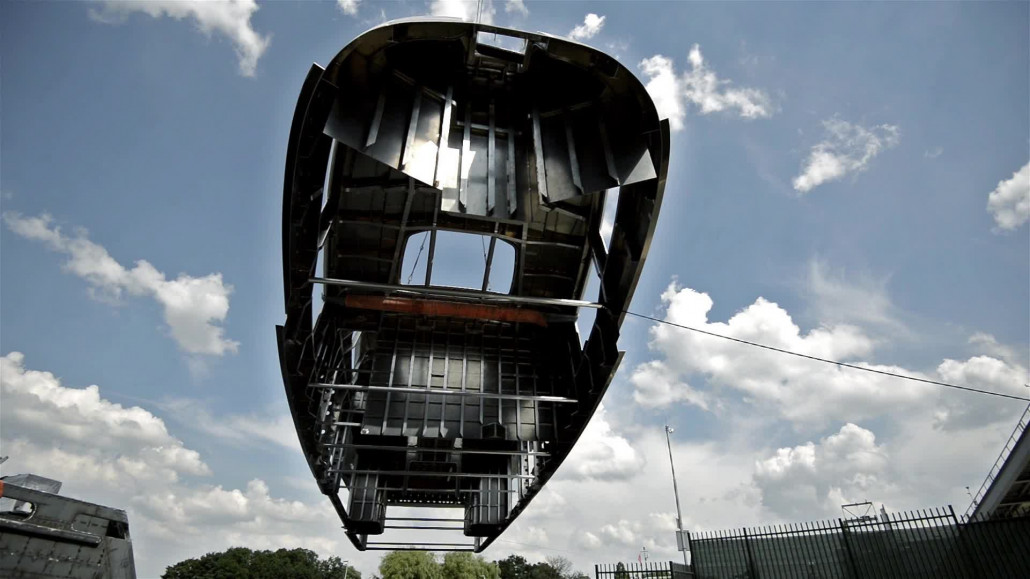 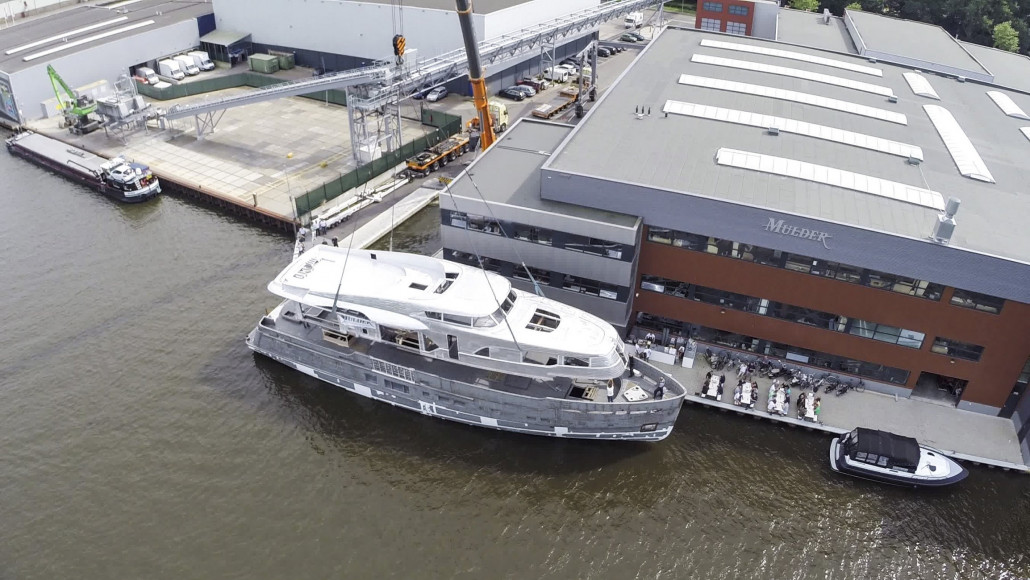 The 34m motoryacht will be the largest yacht Mulder Shipyard built so far and also their first yacht over 300 GT. The construction progress of BN100 is on schedule and the 34 metre is expected to be delivered to her owner in the Summer of 2015.

The hull and superstructure of the Mulder 34m Motoryacht are both built in the Netherlands and were shipped to the Mulder Shipyard in Zoeterwoude-Rijndijk recently. After the engines and generators were placed in the hull, the hull and superstructure were joined together and BN 100 was placed in the 58 metre long dry dock. The marriage was celebrated with a barbeque for all Mulder employees. This week there has been started with the piping and technical installations. A part of the interior is already prefabricated at the in-house interior department of Mulder Shipyard.

British design agency Claydon Reeves is responsible for both interior and exterior design of the 34 metre custom built, steel displacement yacht and the naval architecture is the work of the Dutch Van Oossanen Naval Architects. Obviously the Mulder 34 metre will be built to superyacht standards. The Mulder has a GT from 315 tons and will be built under RINA LY3, MCA classification and Unlimited Range. She will enjoy many features that are usually only associated with far larger yachts, in both operations and design, and will surpass the highest expectations.