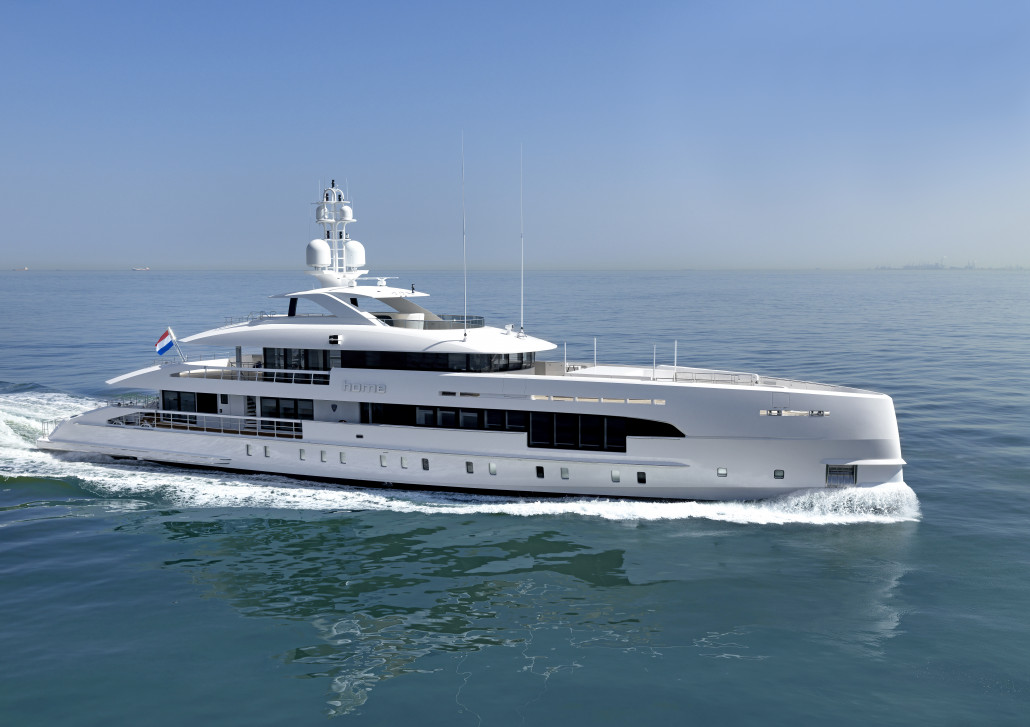 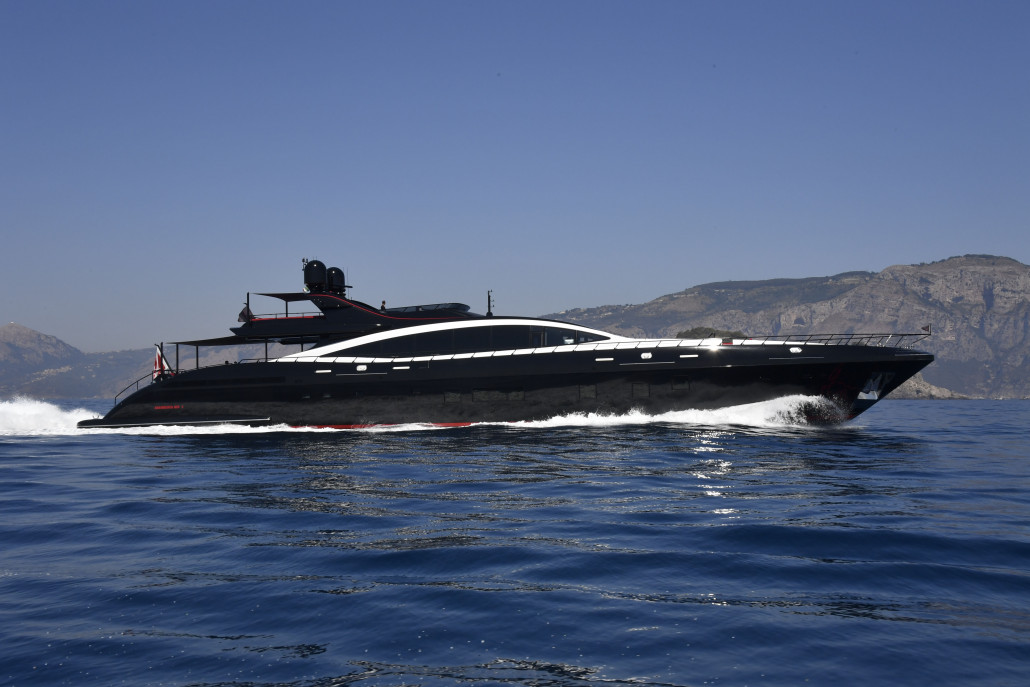 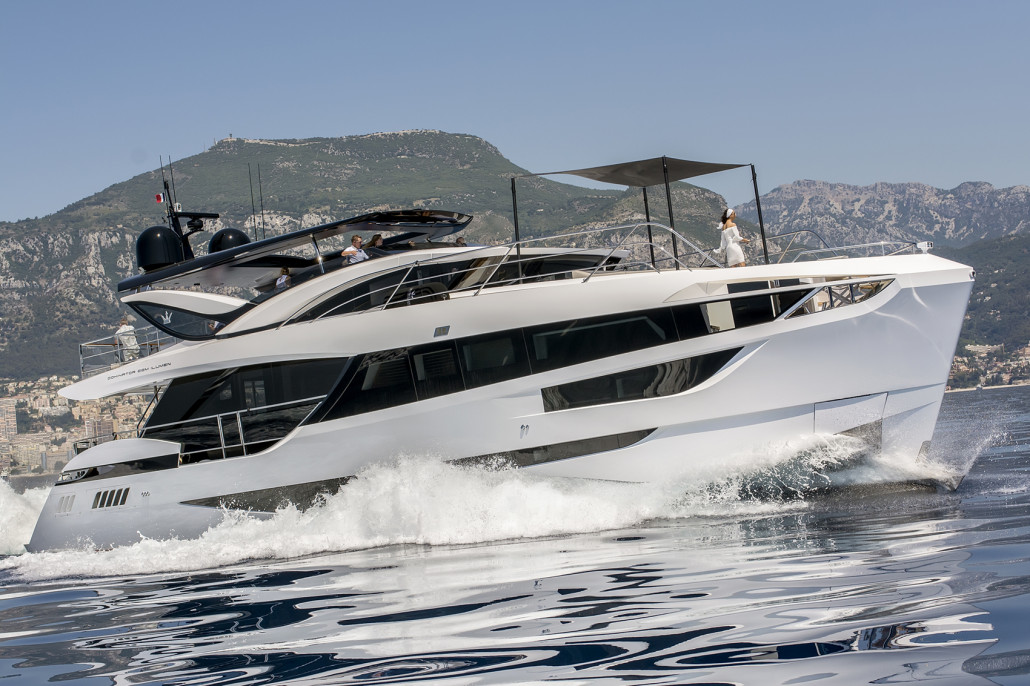 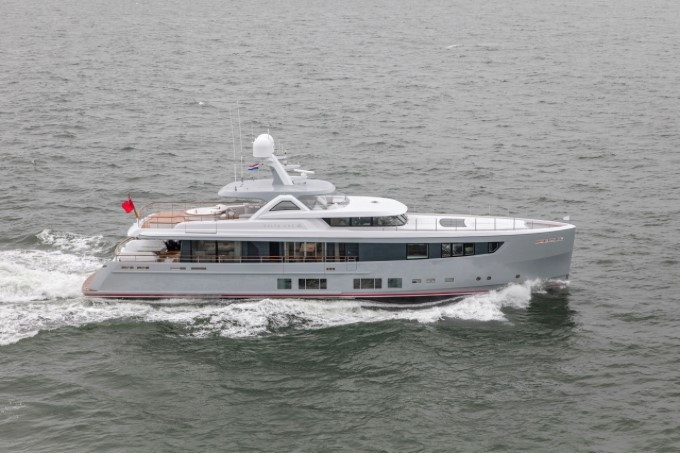 With the Monaco Yacht Show quickly approaching, we've been selecting our picks of the newest, must-see superyachts making their debut on the docks of Port Hercules next week. Following Part One (showcasing our favourites from the larger size-range) we now look to the head-turners in the 30-60 metre range.

Cyclone
Location: TBC
One of the most recently launched yachts rumoured to be making its debut at the show, 43m Tansu Yachts, Cyclone was delivered by the Turkish yard just a few short weeks ago. Indisputably ‘Tansu’, its exterior lines are strong, masculine and distinctive with a nod to the military ship style the builder and regular navel architect, Diana Yacht Design are now so synonymous with. She’s noted to have an extremely large aft-deck and interior library which we’re hoping to catch a glimpse of at this year’s show.

Vertige
Location: Quai Des États-Unis E06
The Tankoa Yachts S501 superyacht Vertige is the second offering from this Italian, boutique shipyard. Following 69.3M Suerte, 49M Vertige is a celebration of Franceso Paszkowski design and a close relationship with the client. Futuristic in her sporty-appeal, on the inside her calming interior by Margherita Casprini balances her forward-thinking exterior curves to create a timeless superyacht that’s a true home on the water.

Home
Location: Quai Chicane C01
Smart and fuel efficient may not be the first thoughts that come to mind when imagining a classic superyacht, but at 49m, Heesen’s latest offering, Home is the world’s first fast displacement hull with hybrid propulsion. In short, she’s ultra-fuel-efficient and almost silent on the ocean. Designed by Omega Architects and with an interior by Cristiano Gatto, we’re looking forward to seeing this cutting-edge masterpiece set to make her world premiere next week in Monaco.

Black Legend
Location: TBC
At 49M, this recently launched and aptly named Mangusta is a mixture of low, long and sporty. What’s more it’s brand new, jet-black in colour and the 12th edition of the Maxi Open Yacht from the ‘evolution series.’ Delivered in June and characterised by dashings of red on her hull and impressive cruising speed of 30 Knots, we’re excited to see how the Overmarine Group have married agility, aesthetic-appeal and interior comfort.

Razan
Location: T Central T04
Following the launch of the 77m NB63 just a few short months ago, Turquoise Yachts later announced the delivery of another member of their fleet: the 47m superyacht Razan. Remarking on the re-invention of the modern yacht, the yard’s CEO Mehmet Karabeyoglu confirmed, "The owner wanted something different so we didn’t use any of the existing drawings. We designed everything from scratch.” With several more yachts currently in build at Turquoise’s Istanbul facility we’re looking forward to a closer view of the new-era superyacht in Port Hercules.

Nerissa
Location: Quai Chicane C05
The latest offering from the Turkish yard, 48m superyacht Nerissa was launched earlier this year and is encased in a classic exterior design with a touch of Bilgin evolution. On the inside, the original 5-cabin design of the 156 model has been expand into 4 wider guest rooms, adding an enviable level of spaciousness to a yacht of this size-range.  Elsewhere, H2 Yacht Design's interior of naturally coloured marble, copper and leather blends together seamlessly to create an earthy-texture for the utmost affinity with the outdoors.

Delta One
Location: Quai L'Hirondelle N12
Delta One is the latest superyacht from the Claydon Reeves studio. Finishing sea trails just last month, it's the largest of the Mulder fleet, and a generously proportioned yacht for 36m. With accommodation for 10 guests, a noteable full-beam design for the owner’s private area and an impressive folding side balcony on the main deck, we're looking forward to seeing the latest space-maximising offering from the Dutch-yard.

Kalliente
Location: Quai L'Hirondelle N15
The first 28-metre Ilumen M/Y Kalliente by Dominator Yachts took to the Bay of Monaco back in June. Superyachts.com was lucky enough to gain an exclusive insight, meeting the owners and visionaires behind the project a few months ago. Speaking about the new concept of packing all the amenities and luxury of a superyacht into a smaller package, Terry Giles reitterated, "It has the draft that you would expect a 90 or 92 foot boat to have, which is what we wanted, but it has the volume of a 110-120 footer!'' Making it's official world debut at MYS next week, we can't wait to catch another glimpse.

Presented at MYS for all to see, the endless new-yacht listings at this year’s event only build excitement for the increasing number of new yachts due to hit the water in the coming year.

We’re looking forward to celebrating everything innovative in the industry when we take to the quays of Port Herclues next week. Stay tuned for all the latest from our Breaking News Centre, or if you missed Part One of our look at the latest, click here.