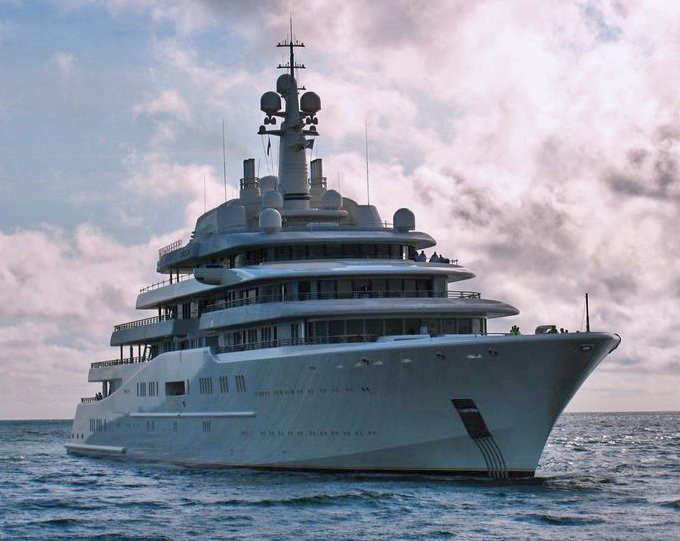 Motor yacht Eclipse is due to arrive in Kristiansand, Norway next month, according to a Norwegian newspaper fvn.no. The mega yacht will stay in Kristiansand for a week to undergo sea trials.

News of the arrival of mega yacht Eclipse follows the delivery of the 115m Luna to Roman Abramovich, which took place on 10th April in Kristiansand. M/Y Luna is the world's largest exploration yacht, allowing long distance cruises without the need to refuel, whilst travelling in spacious, luxurious living areas.

There has been much speculation as to the details of M/Y Eclipse; it has been confirmed that the mega yacht boasts 24 luxury suites; a 16m on-deck swimming pool, which can be transformed into a dance floor in the evenings, and two helipads. M/Y Eclipse is also able to accommodate three helicopters and a private submarine.

When delivered to her owner, motor yacht Eclipse will officially become the largest yacht in the world, taking the crown as Number 1 in the Superyachts.com World’s Largest Yachts listing.