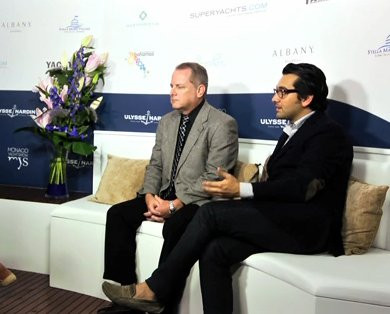 MYS 2013: Interview with Turan Ozbakir and Gary Smith of Vicem

With over 20 years of experience and over 150 yachts built, Vicem Yachts is a company with a mission: to blend craftsmanship borne from 3,000 years of finely honed woodworking skills with the most advanced technologies available.

We sat down with Turan Ozbakir and Gary Smith of Vicem Yachts at the 2013 Monaco Yacht Show and they began by telling us about Vicem’s latest projects, which include a new 46-metre vessel just recently launched.

Gary Smith, American distributor at Vicem, said: “Specifically about the 46-metre, we’re excited about this introduction into the American market. This will be the US debut for the vessel [at the forthcoming Fort Lauderdale Boat Show), with the European debut coming at Antibes most recently.

“We’re excited for the release because it’s an all new design and it’s been a long time coming. It’s part of our Vulcan series, which is a totally new set up for Vicem Yachts.”

So how does this new Vulcan line differ from other superyacht series?

“The first thought we had was the speed,” said Turan Ozbakir, Director of Sales and Marketing at Vicem. “And the second was to target the customers’ needs. When you see the interior of all of these yachts these are built for those people who want to live on the sea, who want to spend a lot of time on the sea without any interference.”

You can watch the full video interview with Turan Ozbakir and Gary Smith above this article.