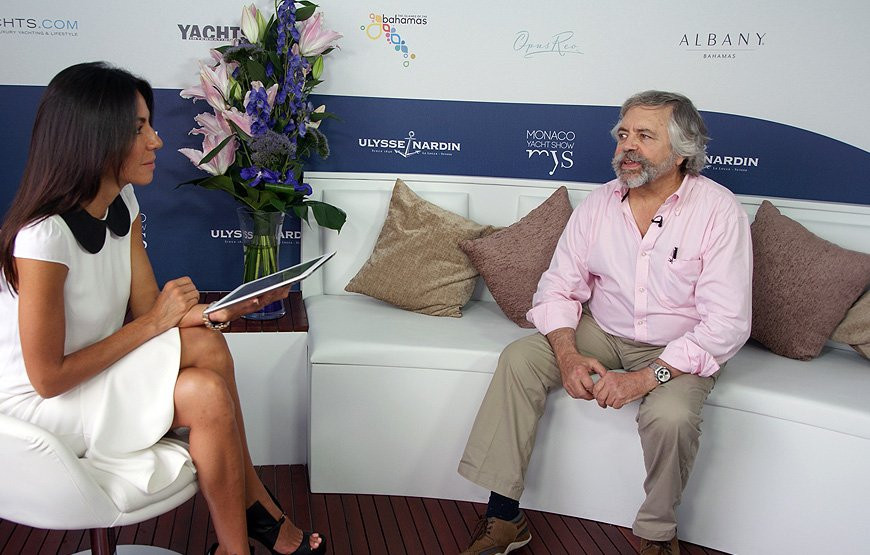 Ken Freivokh is the man behind the Maltese Falcon, one of the most truly iconic superyachts in the global fleet. We sat down with Ken at the Breaking News Centre to discuss what new projects he’s working on and the demand for 100m+ yachts.

With an incredible portfolio of new designs, unique takes on classic concepts and a history of groundbreaking projects - not to mention his current vessels under construction - Ken Freivokh is taking yacht design on an entirely different track.

After announcing the new build contract of a 50m four-deck motor yacht with the Prince Group, Ken joined us in the Breaking News Centre to explain how he’s moved on since the game changing 88m Perini Navi.

“We’ve been looking at other projects which are a development of that idea, but also looking at completely new concepts,” explains Ken. “We’re working on a 141m yacht and it’s all wood construction, which is an unbelievable size and technology and it’s just another step forward I think.”

Ken Freivokh announced the construction of the 141m Dream Symphony in 2011 as the team - which included Dykstra & Partners Naval Architects and Dream Ship Victory - began construction in the extended facilities located in the Aegean Sea.

We’ve been discussing the potential future demand for the 150m+ market over the show with the builders of these incredible yachts and Ken Freivokh had an interesting take on the future of the sector.

“I think there will be a demand, whether it’s a wise demand is another matter,” adds Ken. “There’s a lot of restrictions, a large yacht is not going to go into Portofino, it’s not going to find it easy to come in close even though they can have marvelous tenders … an owner thinking of a 100m+ yacht could equally be happy with a 70m then have a shuttle boat or a support vessel and that support vessel can take his fuel, his toys … and they can be parked nicely on the second boat.”

For more information on Ken Freivokh’s future projects or his views on the large yacht building sector, watch the above video.