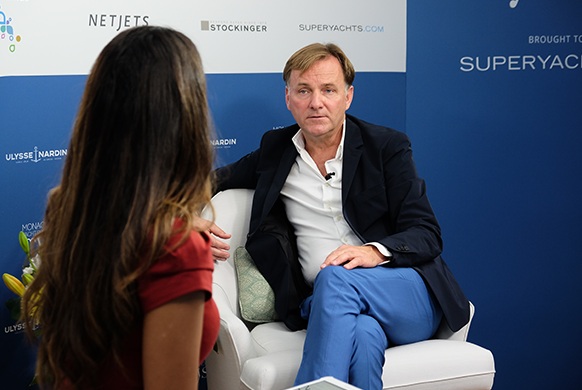 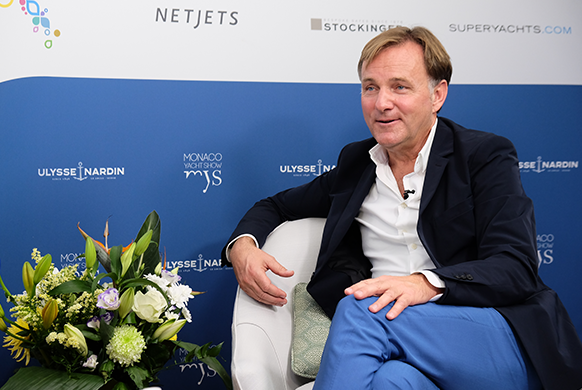 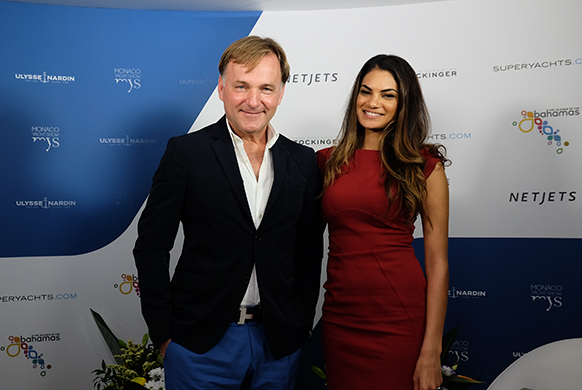 As the first day of the show draws to a close, esteemed Monaco based designer Espen Oeino joins us at the Breaking News Centre to divulge his latest projects and to discuss some of the leading initiatives behind them.

As a Monaco native, the MYS is beginning to feel like home for Espen Oeino. The designer still looks forward to the show year after year, however, citing "the buzz" of Monaco's unique charm: "I see the building up of [the show], all the friends and colleagues arriving, and there is just something very exciting about it."

Oeino is presenting some elegant designs, however the focus of his studio lies in projects such as Ulstein’s 89m X-Bow superyacht and 181.6-metre explorer REV. He believes that, when it comes to explorer yachts, the name says it all: "They can go further away with more autonomy, and are designed to cope with the climates of the polar regions."

This is not the first time that Oeino has been part of such a project. 20 years ago his studio played a part in the constructon of Octopus, one of the original explorer yachts and an indisputable game changer whose ripples are still being felt today. "Gone are the days when people would be content to go from Monaco to St Tropez and drinking Rose wine on the aft deck," Espen jokes, "people nowadays are more active."

REV, meanwhile, is a 'research yacht' entailing 6 labs, 2 classrooms and extensive equipment facilities which are deployed to conduct research on ocean preservation; a worthwhile pursuit to say the least. "The owner has decided to make this boat as part of his pledge to give back to society," Espen divulges.

Despite conceding that his company are "just the guys holding the pen", it is clear that Espen considers the burden of sustainable responsibility partially that of yacht creators. "The designer is like a conductor... We can make the right choices but you need a client who will help with that," Espen explains. Indeed, this is something that customers are increasingly willing to do; there has been a distinct shift in industry trend over the last year which favours eco-consciousness.

This will be something that is at the forefront of future Oeino designs, including the recently published high speed, lightweight 85m Silver Loft.

""The designer is like a conductor... We can make the right choices but you need a client who will help with that.""

""The designer is like a conductor... We can make the right choices but you need a client who will help with that.""