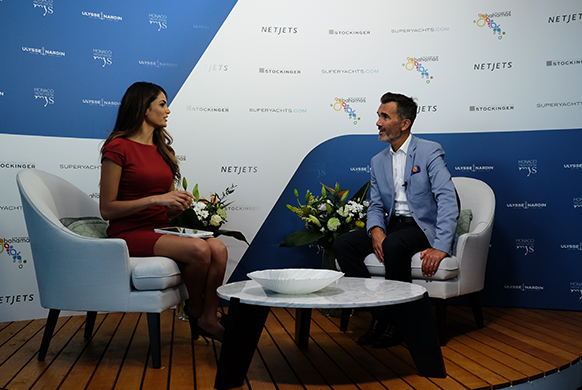 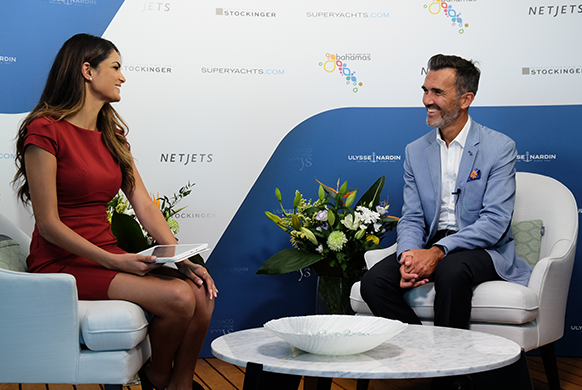 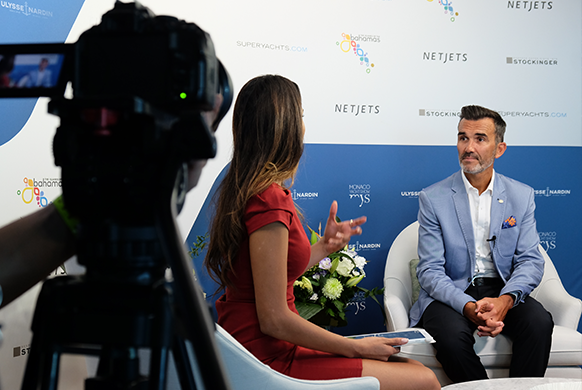 Raphael Sauleau of Fraser Yachts came down to the Breaking News Centre this afternoon to spill some secrets as to how Fraser continues to lead the industry.

The Fraser Yachts CEO has brought a diverse fleet of vessels to the Monaco Yacht Show this year including Boadicea, Mary, Barbara and Latitude. Following the immense success of 2017 which marked Fraser's 70th anniversary, Sauleu has understandably high hopes for big sales.

2018 thus far has been promising for the brokerage, who have celebated two of their largest ever sales since the year's inception. Sauleu sums up what has been a year of triumphs: "Mid year this year we were on a par with last year, and last month we had three big sales."

Fraser looks forward to sustaining this growth, having recently opened up a new office in Asia and partnering up with some strong companies in the region. An early sale in this new office bodes very well for success.

Raphael is keen to emphasise, however, that the Fraser remit is not limited to sales, claiming "The wealth of the company also lies in yacht management, in charter management and in crewing, so all the lights are green."

Indeed, Sauleu is eager that Fraser should not be pidgeonholed in any way, revealing that part of his stretegy when stepping into the CEO role a number of years ago was to make sure that no shape or size was off limits. "Fraser has been traditionally strong up to 60m," Sauleu claims, "Now I can say that we are strong everywhere. We are managing bigger yachts, project managing new builds and creating bigger yachts, so we are reaping the benefits of being visible in a larger section of the market."

Spurred on by expansion under new leadership, the company are chasing further growth; Sauleu specifies new team members, new IT systems, expanding offices at new locations and, we can safely assume, the constant pursuit of stellar sales.