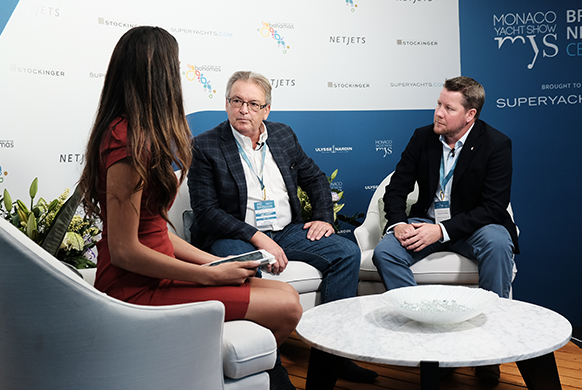 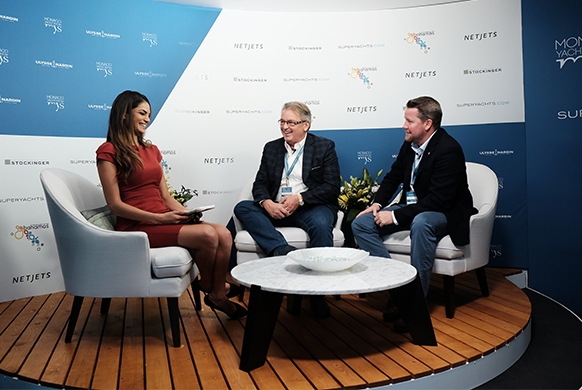 Bright and early on the first day of MYS 2018, we welcome TWW Yachts to the Breaking News Centre at Port Hercules. Managing Partners David Westwood and Peter Thompson shed light on longstanding market trends in brokerage, as well giving us an insight into the TWW fleet.

2018 has been a productive year for TWW, a trend that they plan on maintaining with the commencement and continuation of new projects."We have one new build project coming close to completion in February of next year, a 64m that's been two years under build," shares Peter.

Also in the pipelines for TWW is a partnership in Turkey with the up and coming Bilgin Yachts. "They've got a couple of yachts coming out next year," David tells us, "There's Lillian, she's a 48m, and a new 80m that will be launched May/June next year."

On the topic of future plans, we ask Peter and David to consider how the changing landscape of brokerage might affect the direction of their business, the consensus on which seems to be that it will not.

Although the Managing Partners are aware of the necessity of staying ahead of the curve, Peter argues the case that the industry is not trend-specific: "I don't think it changes that much, obviously technology plays some part in it. People just want large white things to float about and have fun in." David cites the recent influx of requests for explorer vessels as something like a trend, but insists that this was no more pronounced than with past designs.

There are always external variables that contribute to changes in the brokerage landscape, however, and since Trump's inaugeration in 2017 this variable is political. Peter explains how changes to American flag laws have affected the market: "It's not a yachting problem, its a crewing problem. You can register a yacht in America but you have to have an all American crew." However, despite this detering one or two customers Peter believes that business will not be overwelmingly affected and that the status quo will remain.

Overwelmingly, it seems to be business as usual for TWW Yachts. David insists that despite augmented interest from the South American and European markets, America remains and will remain the largest superyacht industry.

So what is new at TWW? "That would be our crew division," says Peter, "We have appointed someone to head up that division and it has proven to be very successful. Our management divison is now fully formed."

""I don't think it changes that much, obviously technology plays some part in it. People just want large white things to float about and have fun in." "

""I don't think it changes that much, obviously technology plays some part in it. People just want large white things to float about and have fun in." "