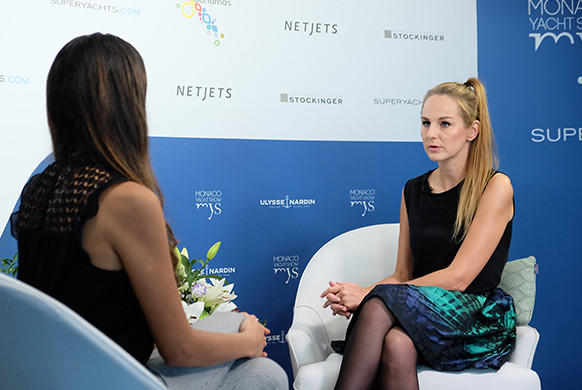 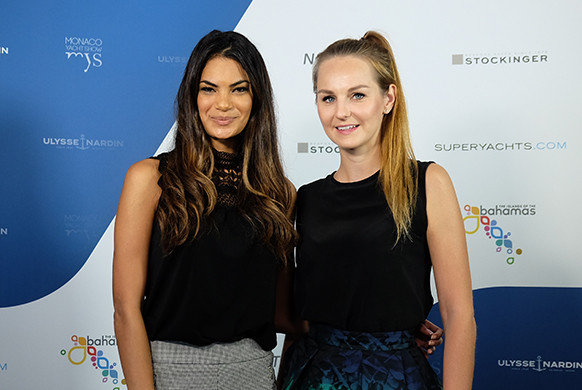 We were pleased to invite Angela Pernsteiner, Managing Partner of Dominator Yachts to the chair for a dialogue surrounding market shifts and superyacht size breakthroughs, as well as the latest line of success for the esteemed builders.

Having launched two sister ships from their new range the Dominator Illumen series, there was great anticipation to discuss their latest market focus.

The Illumen series, representative stylistically of the identity of the Dominator brand is in Pernsteiner's words; "The perfect example of our bespoke philosophy. They differ in each and every metre."

Besides being entirely unique, utterly ingenious and perfected down to the very last detail, it is the ethos behind the series that is reflected of the companies new face, in an ever-growing 'size matters' market.

As opposed to being driven by the 40m+ notion, for this series it is about light and innovation rather than square metre sell points; "Illumen means innovation, so we really push the boundaries in terms of what we do both bespoke and technology wise. We use the latest technology in building the structures too."

Pernsteiner continues; "We've just sold a 40-metre 3-deck which is an extention of the 30-metre concept. This is the largest we will build." Perfect therefore for quiet corners and coves alongside your charter, it seems this vessel series is both functional as both an owner's first choice and an additional vessel to your superyacht giant.

"The market is shifting towards smaller sized yachts, because people don't like crew running around. They want more privacy. They want the same standard and quality and materials as they do on their big boats...but also looking for something smaller." shares Pernsteiner.

Having closed two 28-metre deals, stretching in discussion from the Cannes Yachting Show, and having won an award for the best semi custom yacht, it seems size and success are two things ensuring Dominator is ahead of the race.