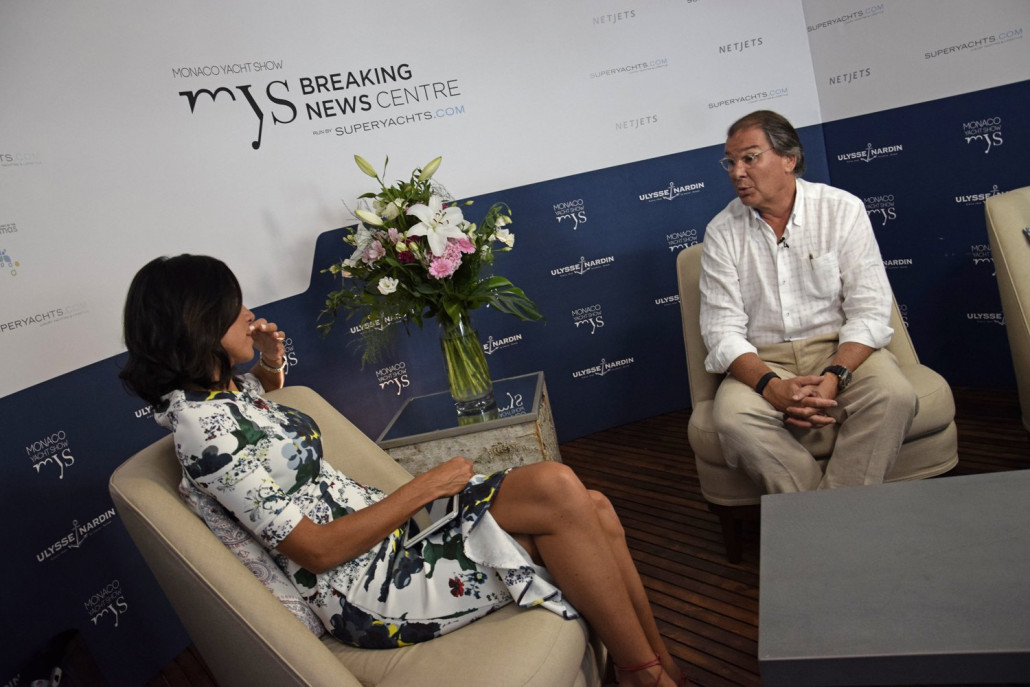 Since opening its doors two years ago, Christophe Harbour in St Kitts has earned a reputation as one of the Caribbean's finest superyacht hubs.

We sat down with Buddy Darby, founder and developer of Christophe Harbour at the 2016 Monaco Yacht Show to discuss the resort’s latest news as well as his plans for the future.

“A lot of exciting things are happening now, probably the most exciting is the Park Hyatt, 125-room 5-star property is now taking reservations for March. So that’s a long time coming and very exciting, so that’s probably the latest development that we’ve had since we opened the marina,” he said.

“Christophe Harbour is a large scale community development. We led with what we call the Pavillion, which is a Beach Club. We added a beach bar, just voted top 8 beach bar in the world, which was nice. And we’ve had a lot of people co-invest with us building significant houses. Well over 27 houses are built now and then in the marina we’re finishing up the fuel farm which is probably the largest in the Caribbean, capable of fuelling 40,000 gallons a day. We have 24 slips that can accommodate almost 300 ft.”

You can watch the full interview in the video above this article and also keep up to date with all of our Monaco Yacht Show news on Facebook,Twitter and Instagram.