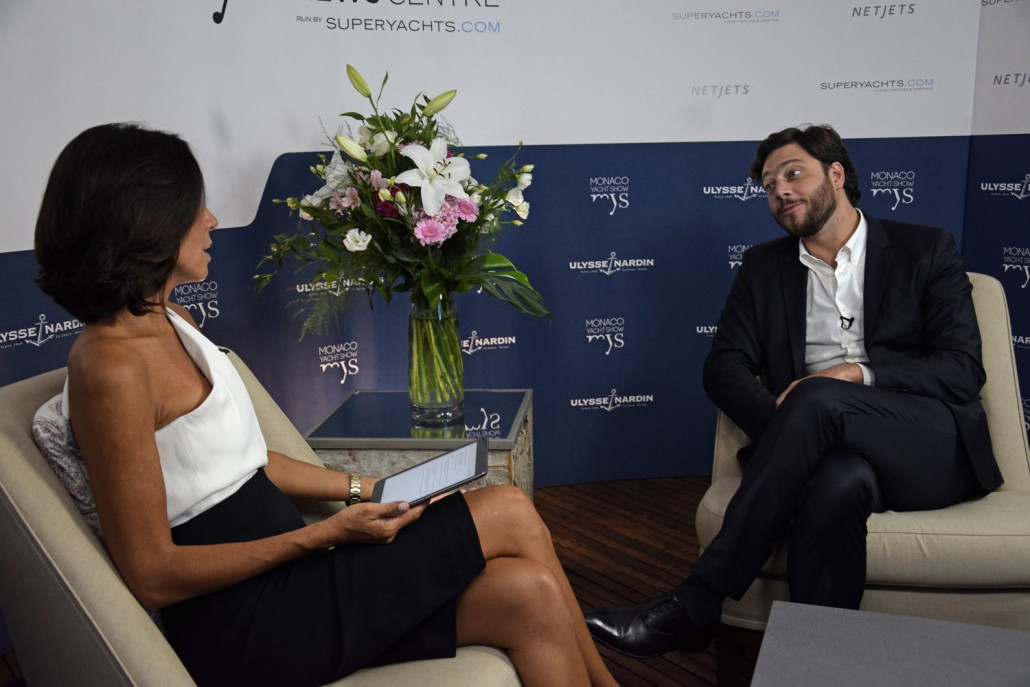 It’s been another busy year for CRN, the renowned Italian shipyard owned by the Ferretti Group. With four yachts currently in build there looks to be no let up for one of the industry’s biggest names.

“We are now building four yachts in the yard and they range from 50 – 80 metres, and hopefully next year we’re going to see a couple of them here at the show. A 74-metre should be here, and we are picking up new orders, which is always good. In May we just sold a new 62 metre which will be built in three years’ time" explains Stefano di Vivo.

“We finished our first refit at the beginning of this year, it’s been a learning curve. This was the first time we were doing a lot of interior refits and re-cabling and redoing a yacht, it was very nice, an owner we know very well bought a second hand CRN, ten years after it was first launched, and decided he wanted to give the yacht a new life."

“And he decided to come to us and together with him and his wife who has an architects studio and we helped him and his family give it a new life and it’s sailing and apparently they are super happy."

You can watch the full interview in the video above this article and also keep up to date with all of our Monaco Yacht Show news on Facebook,Twitter and Instagram.