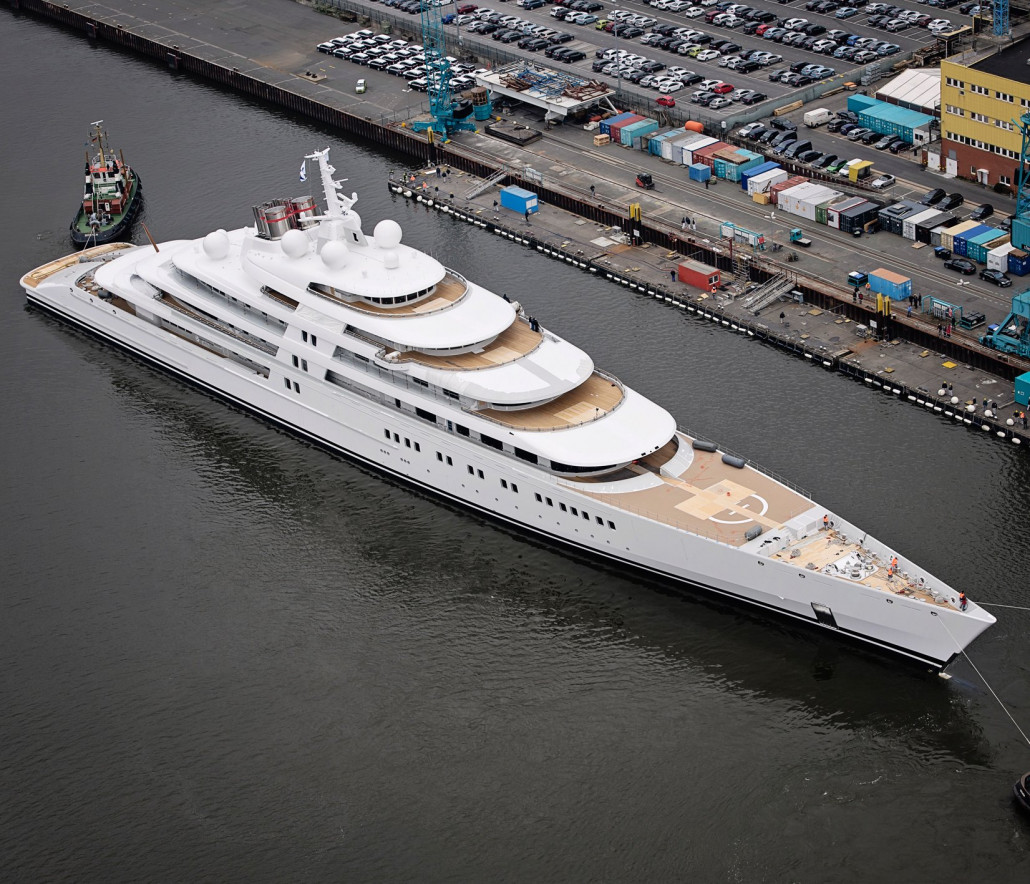 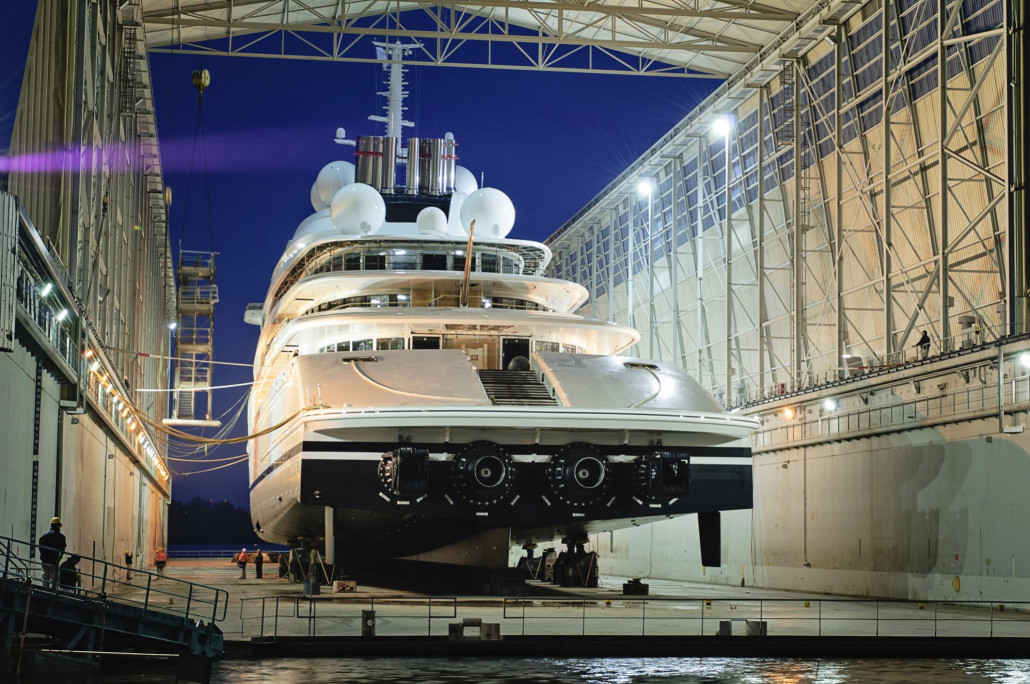 After the launch of the 180m superyacht Azzam last week, Nauta Yachts, designers of what is now the largest yacht in the world, commented on the incredible milestone and working with the revered Lürssen shipyard.

“Seven years ago we began to navigate the wide ocean of superyacht design. We were lucky to start with a commission for an 80 metre motor yacht with moderate volumes and above all the possibility to open large glass surfaces on the superstructure of each deck.

We called this project Light with the double meaning of brightness and lightness. When we were then called in to participate in the design and exterior styling of Azzam we immediately realized that this project would be one of the most demanding of our careers.

The brief was strict and challenging in terms of dimensions, performance and technology. At the same time we were pleased to note that the Client’s brief was not calling for large volumes in relation to the overall length. This would give us the possibility to express our vision of balance between airiness and light on a larger scale. Our lines could stay neat and essential, one of the hallmarks of Nauta Yachts, without overflow, redundancy and massive volumes.

The yacht was to be able to navigate at speeds in excess of 30 knots, powered by a combination of two gas turbines and two diesel engines with a total 94,000 horse power.

The highest technology to obtain the highest performance possible for a 180m hull would require, from our point of view, a rational, modern architecture composed by straight lines and balanced and proportioned volumes, outlining her advanced contents and stunning performance.

Ever since the first sketches, we could sense that we were on the right track. The design had strength of character and sense of purpose, yet also had timeless elegance, even while incorporating elements of visionary contemporary modern design.

Nauta CEO Mario Pedol added, "When I saw the scale model before the generalpresentation to the Principal, I was 100% happy with the outcome. So was the Principal. Such recognition made me confident that we had achieved our goal."

The Client representative assembled a world-class team, composed by Lürssen engineers, technical project managers from Burgess, the interior designer Christophe Leoni, and by ourselves here at Nauta Yachts. Azzam breaks new ground in terms of dimensions, performance and technology.

In addition to being the largest yacht in the world with a length of 180 meters and in addition to her staggering top speed of over 30 knots, she shatters records in terms of building time: after a year of engineering, she was constructed in just three years, another milestone in yachting history.

According to Burgess CEO Jonathan Beckett the construction of this yacht - with its highly complex technical features - has been extremely demanding and challenging. “It has been a real team effort – he says – between all the professionals involved, including ourselves, the builder and the designers, and we are proud to be associated with this extraordinary and unique project as Owner’s technical consultants.”

The renowned French designer Christophe Leoni has been able to realize a sophisticated and luxurious interior in Empire style. “Though yachting is not my main area of business – he comments – I thoroughly enjoyed the cooperation with Nauta and Lürssen and I am confident that the final yacht is everything and more that the Owner expects.”

While waiting for Azzam’s final delivery, we can state that all our efforts were concentrated to achieve a design defined by a strong character, but dressed by a timeless elegance. We believe Azzam will be able to represent a milestone in the superyacht fleet for decades.”