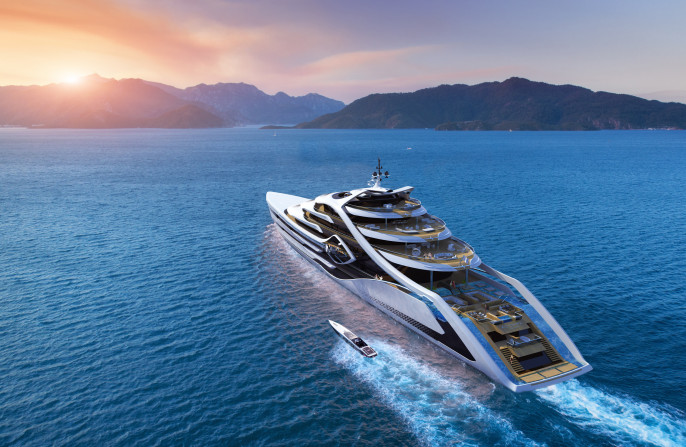 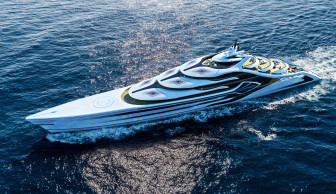 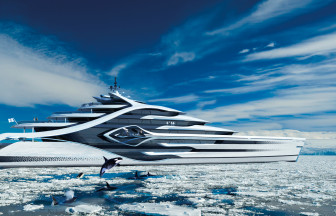 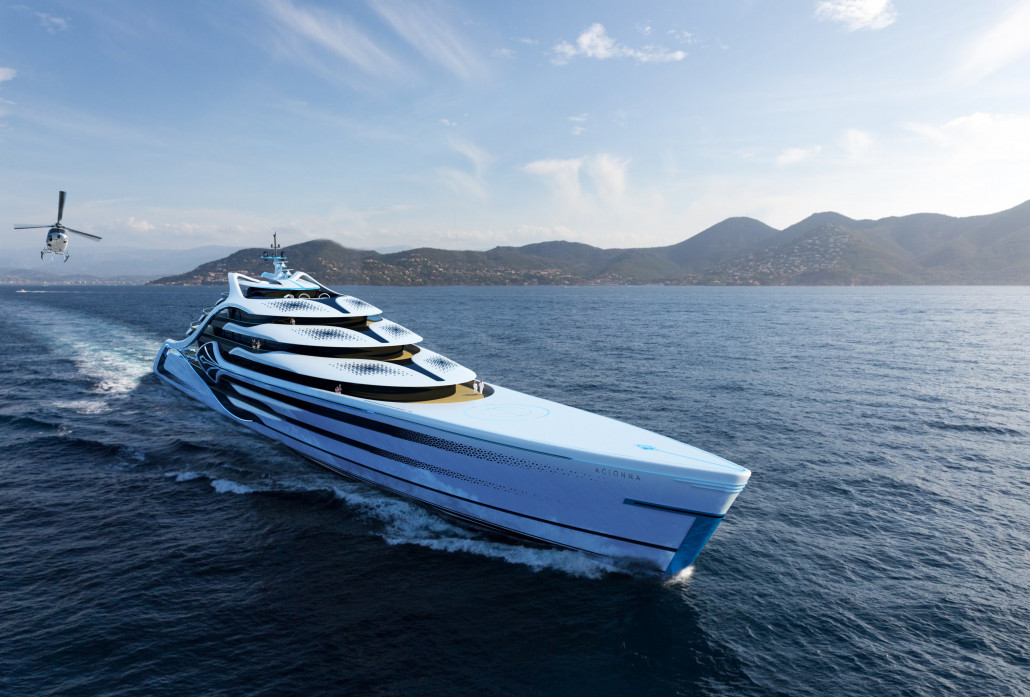 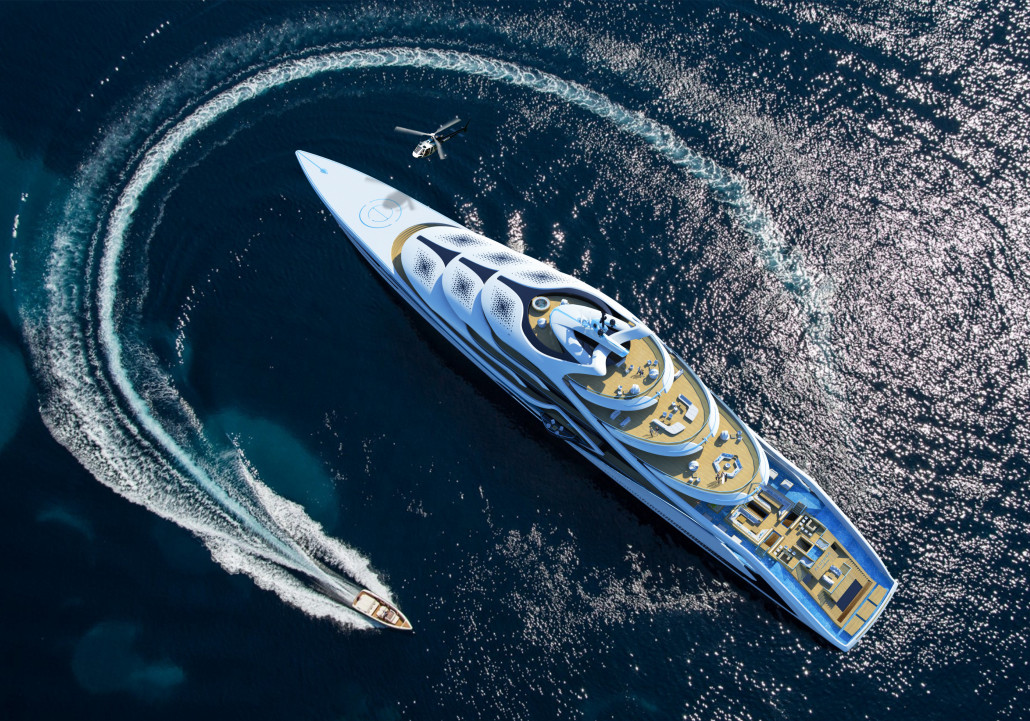 Named after a Gaelic water goddess, yacht designer Andy Waugh's new concept, Acionna, would be powered by hydrogen if built. The designer tells Superyachts.com that he was inspired by Norwegian ferries and cruise liners, reading as much as he could about the new propulsion method before designing Acionna.

At 175m in length, Waugh says that Acionna would be an ultimate world cruising superyacht that challenges the preconceptions about larger yachts, often considered homogenous and conventional. Proud of his avant-garde approach to styling, the designer studied at Coventry University before cutting his teeth at H2 Yacht Design, later going on to found Andy Waugh Yacht Design.

Waugh has been working on the Acionna concept for "the best part of two years" and describes her as an utterly unique yacht with elegant proportions. The interior space would be voluminous and potentially include a full size squash court, helicopter hanger and a 20m indoor pool. Arranged over eight decks, a showcase double-height main saloon would be clad in panoramic curved glass overlooking the main aft deck pool.

Keenly aware of the environmental implications of superyachts, Waugh imagines that the concept will be powered by hydrogen using a similar system currently being trialled in cruise ships and ferries. If the power used to manufacture the hydrogen is purchased from renewable energy sources the yacht could be considered ‘zero impact’.

Waugh elaborates on his choice, "Hydrogen propulsion currently makes the most sense with larger vessels requiring long range capability (as battery powered electric systems require regular recharging) however at present there are only a few marine hydrogen facilities in the planning stage. Until vessels like this one are built there will be no way to increase demand for hydrogen thereby breaking the chicken and egg stalemate of supply and demand. Building hydrogen facilities is not economic without the demand from numerous hydrogen powered vessels."

Especially unique in Acionna's design is her stern pool comprising of a central ‘island’ of communal areas completely surrounded by the pool and accessed via a tunnel aft and a bridge forward. The pool flows constantly down the sloped transom, which can be used as a slide, and into a lower pool on the swim platform.

"The Acionna concept is for those who see themselves as trend setters and game changers - those who appreciate the zenith of luxury but also want to have a positive impact," concludes Waugh.