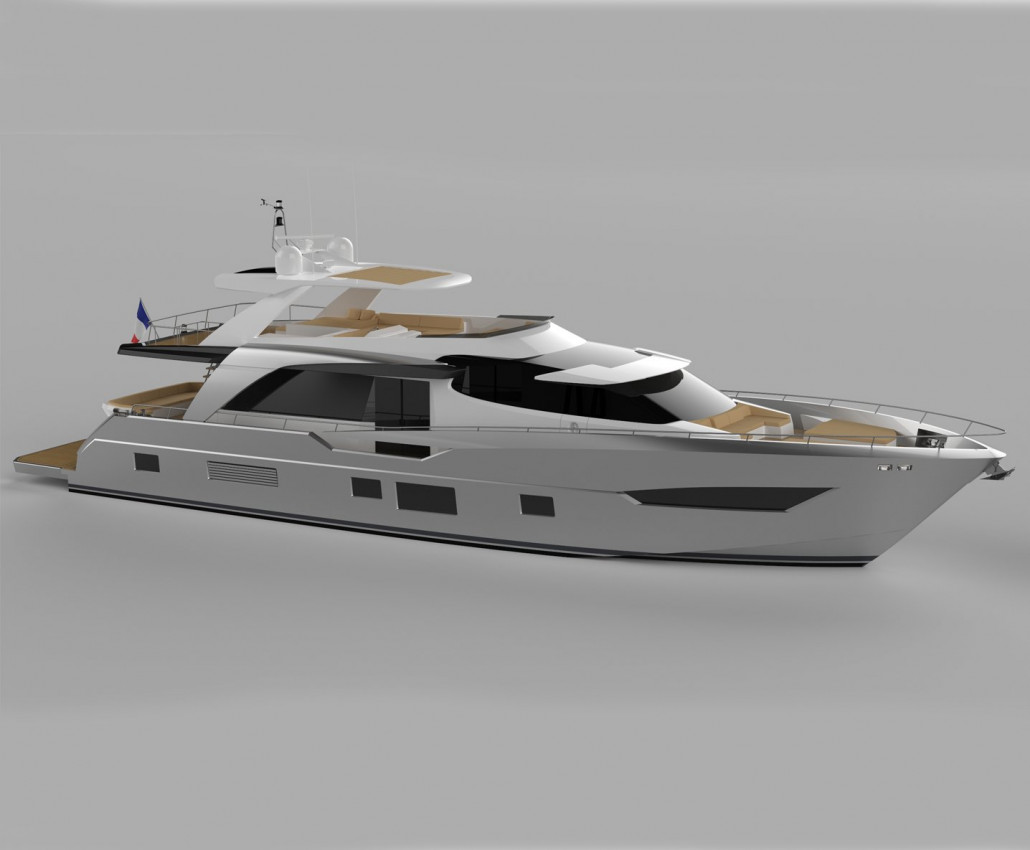 Following their announcement in September of a new range of 13-50 metre yachts, historic French shipyard Chantier Naval Couach have provided an update on the construction of its new 2600 Fly Motor Yacht.

Currently being built at the Gujan-Mestras shipyard in southwestern France, the 26.5 metre motor yacht offers a modern and sporty style, emphasised by large portholes, windows and openings to the outside, bringing plenty of natural light to the vessel’s interior.

Designed by Exequiel Cano-Lanza and Chantier Naval Couach’s in-house team, the yacht will accommodate eight guests in four staterooms on the lower deck, whilst mid ship will contain the full-beam master cabin with independent access from the main deck. The remaining cabins comprise a VIP, a double and a twin. There will also be space for four crew in two independent aft cabins.

A delivery preview of the new new 2600 Fly motor yacht is scheduled for 2013.