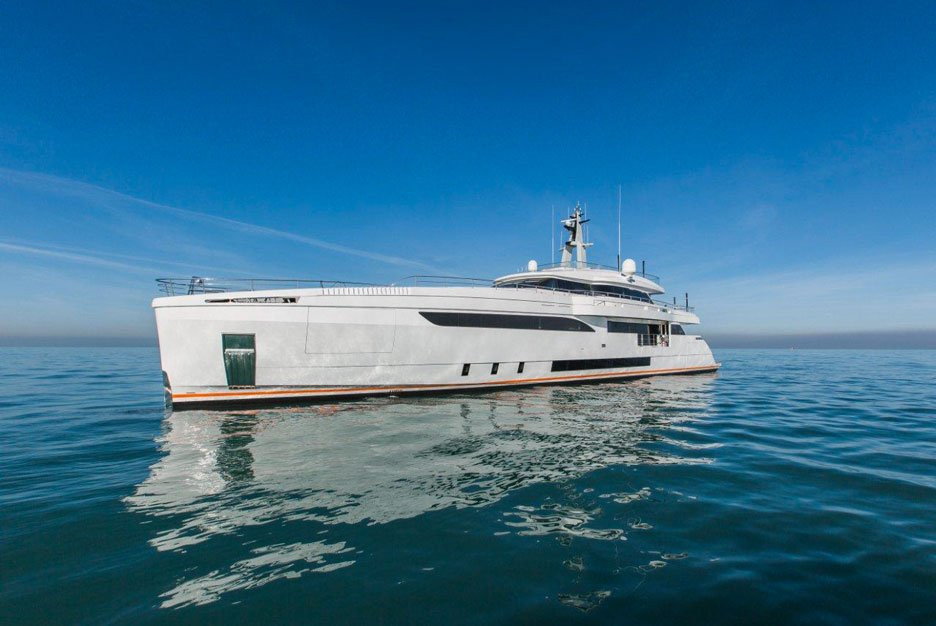 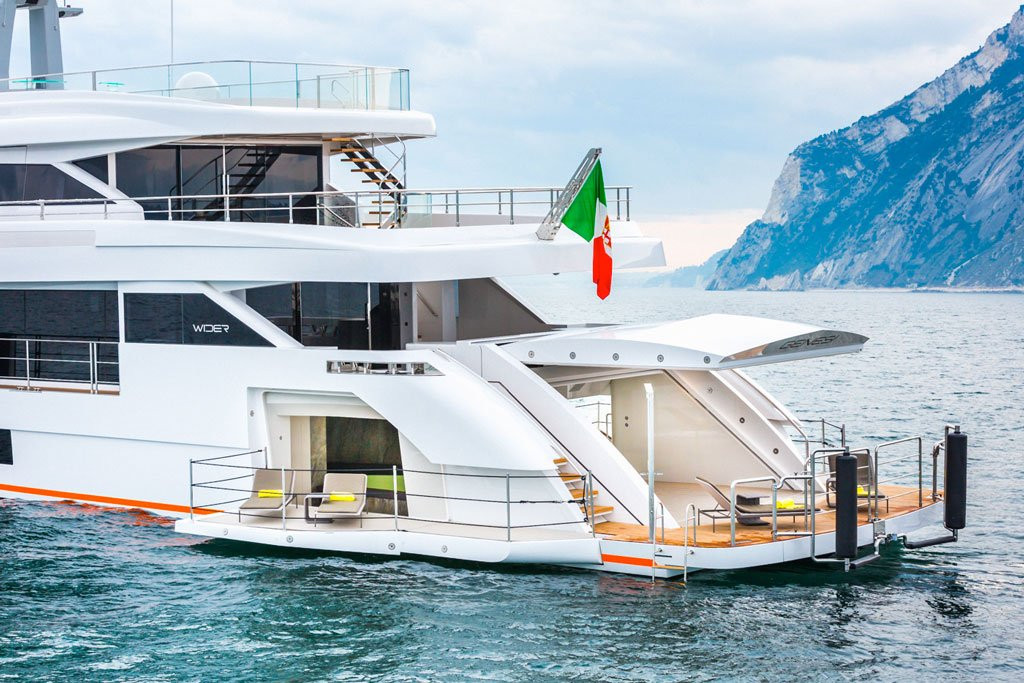 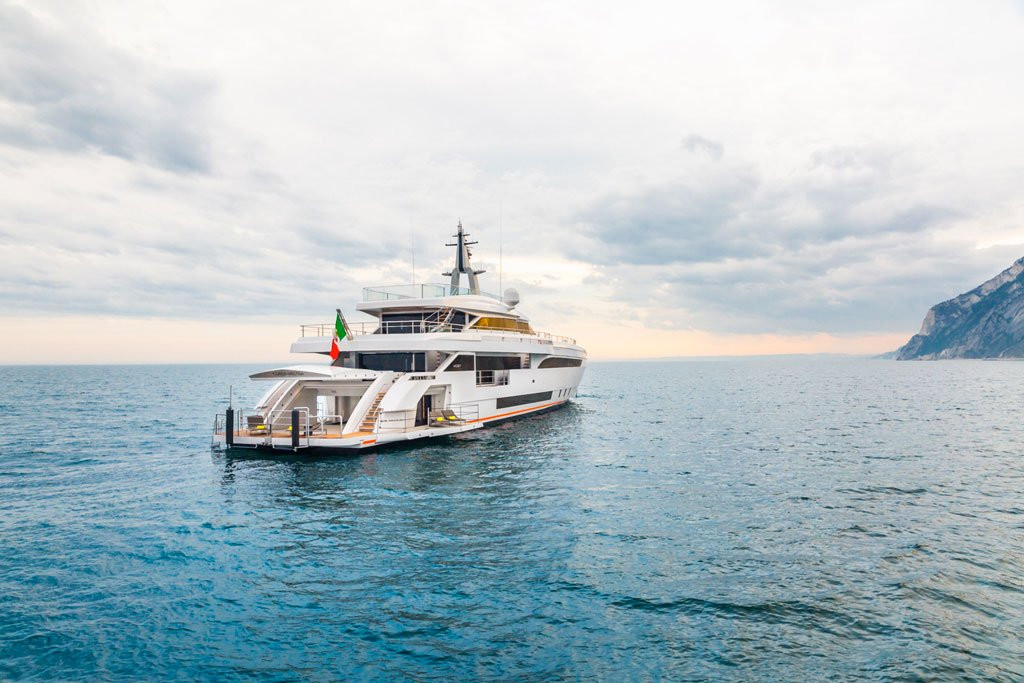 The story of the new WIDER 150 have provided us with continuous interest; however the Italian yacht builders have today revealed just one of the innovations providing the yacht with a distinctive identity as well as results of her brand-new sea trials.

On the eve of the Yachts Miami Beach 2016 exhibition on Collins Avenue, WIDER has unveiled details of the new Beach Club which is gathering a lot of attention. The WIDER 150’s beach club may be larger than any other boat of comparable length, but it’s the functionality which provides the yacht with real character.

This incredible space, which is larger than suites at many leading hotels, transforms at the push of a button from a tender bay, to house the WIDER 32, to an elegant beach club with a private 7m swimming pool and a vast deck area to unwind right at the water’s edge.

The beach club’s seawater pool opens up at the transom to allow the tender to be driven in. This system makes entry and exit maneuvers considerably easier for the crew.

Sea trials on board the WIDER 150, which began in mid-November, have also now been completed. Initial tests of the azimuthal pods focused on maneuverability, an important safety feature but also an advantage when considering entering small creeks and bays. Having driven the boat throughout her extensive sea trials, experienced captain Claudio Candelaresi described their performance as “spectacular”.

Tests also confirmed the yacht comfortably attains her predicted maximum speed of 15 knots and fuel consumption levels are also in line with the yard’s pre-launch forecasts of at least 15% less than a similar vessel with traditional propulsion.

Further trials focused on the refinement of the power management system, the setting of the various modes for operations, as well as the lithium polymer battery banks that make up the heart of the yacht's power system. The 544Kwh of battery power is sufficient to supply the entire hotel system on board for up to 8 hours in total silence with no generators running .Alternatively, the WIDER 150 can run at 5kts for up to 6 hours in what we refer to as ZEM, short for Zero Emission Mode.

“The battery tests were a great success,” said Tilli Antonelli, Founder and CEO of WIDER. “The yacht ran comfortably at 5kts in ZEM consuming no fuel whatsoever….but the most remarkable and memorable aspect was that she ran in total silence!”

WIDER’s reveal of new exterior and interior photos - alongside a video demonstrating the use of the incredible beach club - are a whole new look into the yacht and prove WIDER to be a shipyard to watch closely as they continue to push the boundaries.