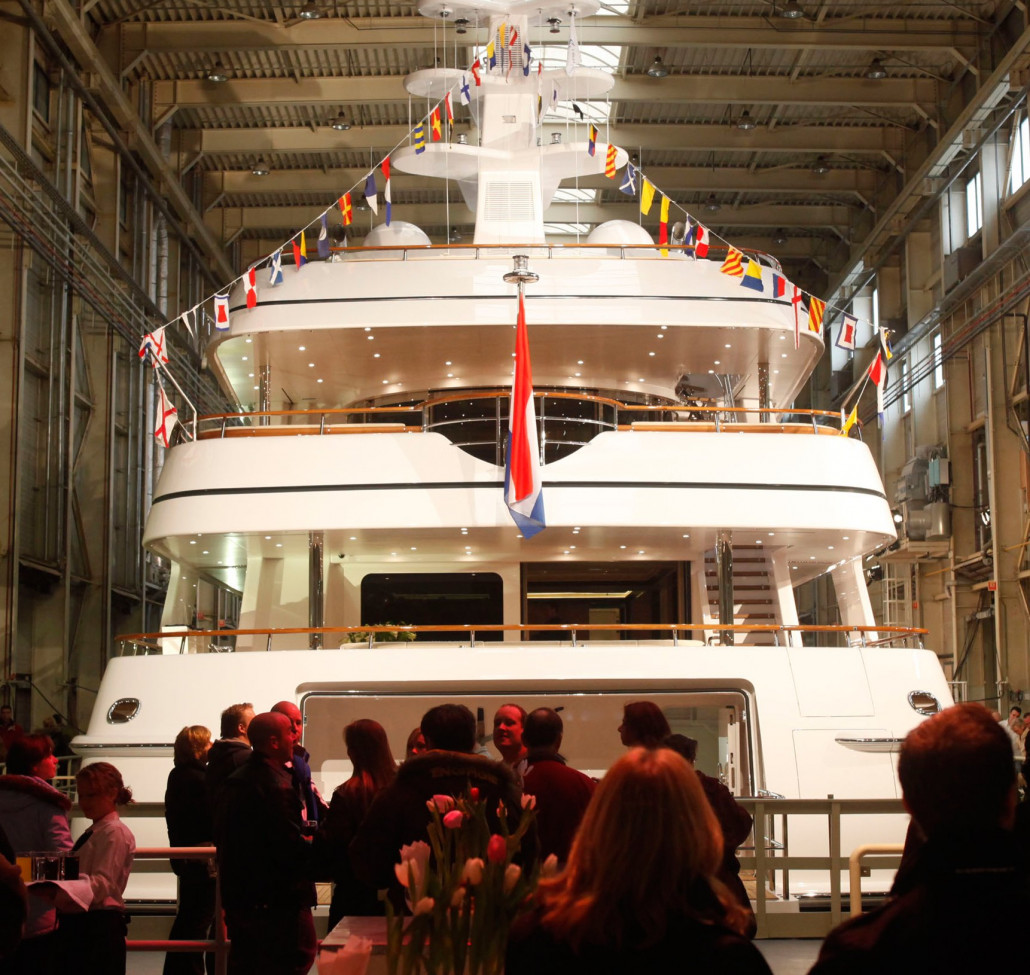 Feadship has announced the launch of new 55.05m yacht Kahalani. Kahalani yacht was launched on Saturday 16 January 2010. Her delighted owner flew in members of the Light Infantry Buglers to serve as a guard of honour and add extra gravitas to the name giving ceremony.

Guests from around the world and hundreds of personnel from the De Vries joined De Voogt Naval Architects and co-maker companies in celebrating the completion of a timeless Feadship yacht.

Kahalani is the first brand-new Feadship for a client who previously owned 43m Feadship launched as Sea Sedan in 1993, and renamed Kahalani (meaning ‘Heavenly waters’).

The owner wanted to create a larger version of the yacht with a distinctive exterior design. De Voogt Naval Architects responded to the challenge with elegant and distinctive styles, stainless steel details and pronounced dark grey lines along the superstructure.

These stylish elements seamlessly blended with classic Feadship features, such as the raised bow and dashing flair.

Kahalani’s sophisticated design and décor is the work of Rémi Tessier, “an audacious and eclectic creator who is always on the move”. The luxury yacht’s interior features hard wooden floors, wax-finished Makassar ebony with sycamore inlays and custom-built furniture and finishes.

Speaking at the launch, the owner described Feadship as “a dream factory, producing work of an unbelievably high quality for some of the most demanding customers in the world.

“Your experienced craftsmen and technicians are skilled to an exceptional degree. Their caring and professional attitude is seen in every single element of Kahalani, which is built to the highest possible construction, engineering and safety standards.”

"A dream factory, producing work of an unbelievably high quality for some of the most demanding customers in the world."

"A dream factory, producing work of an unbelievably high quality for some of the most demanding customers in the world."