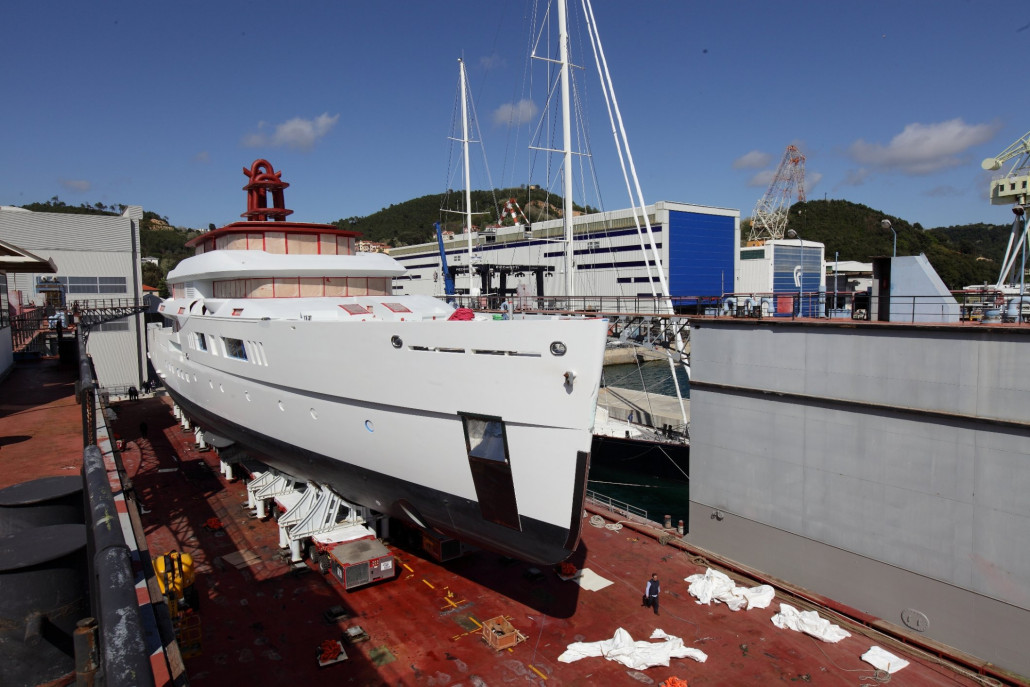 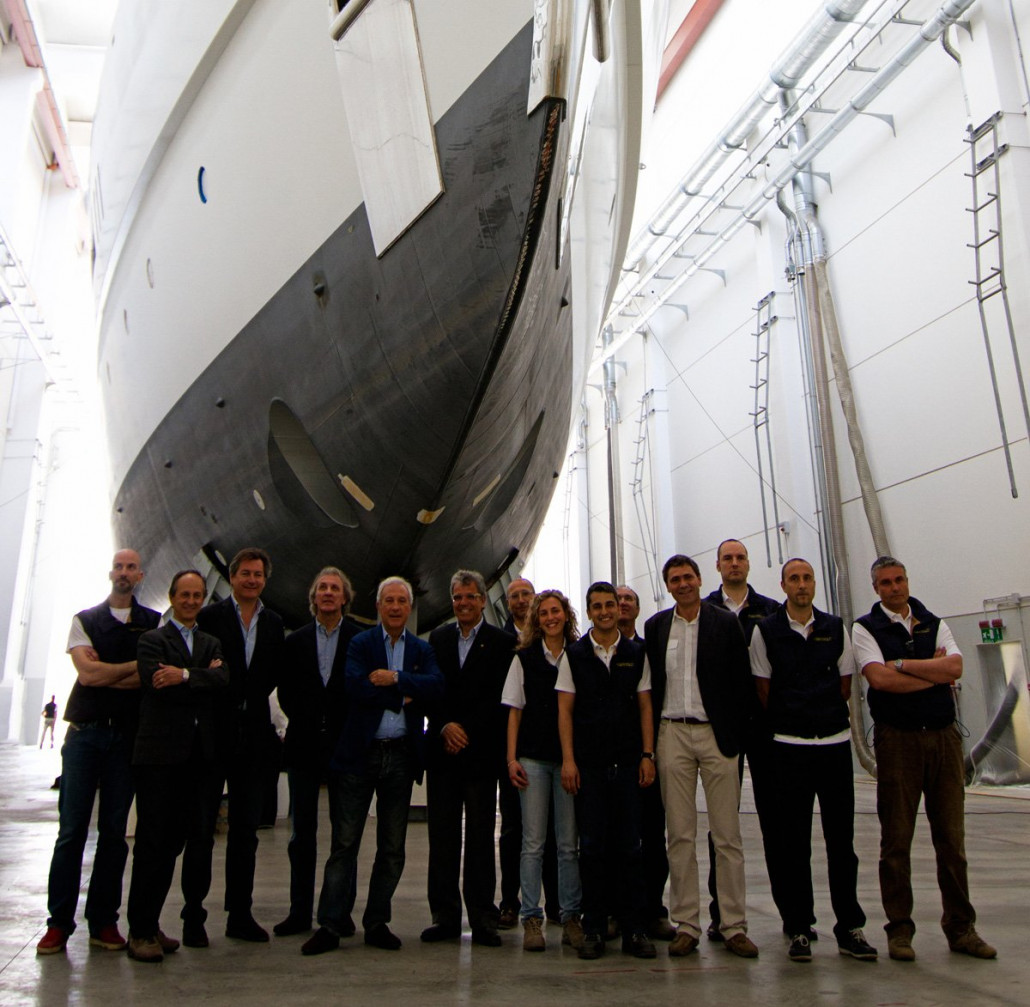 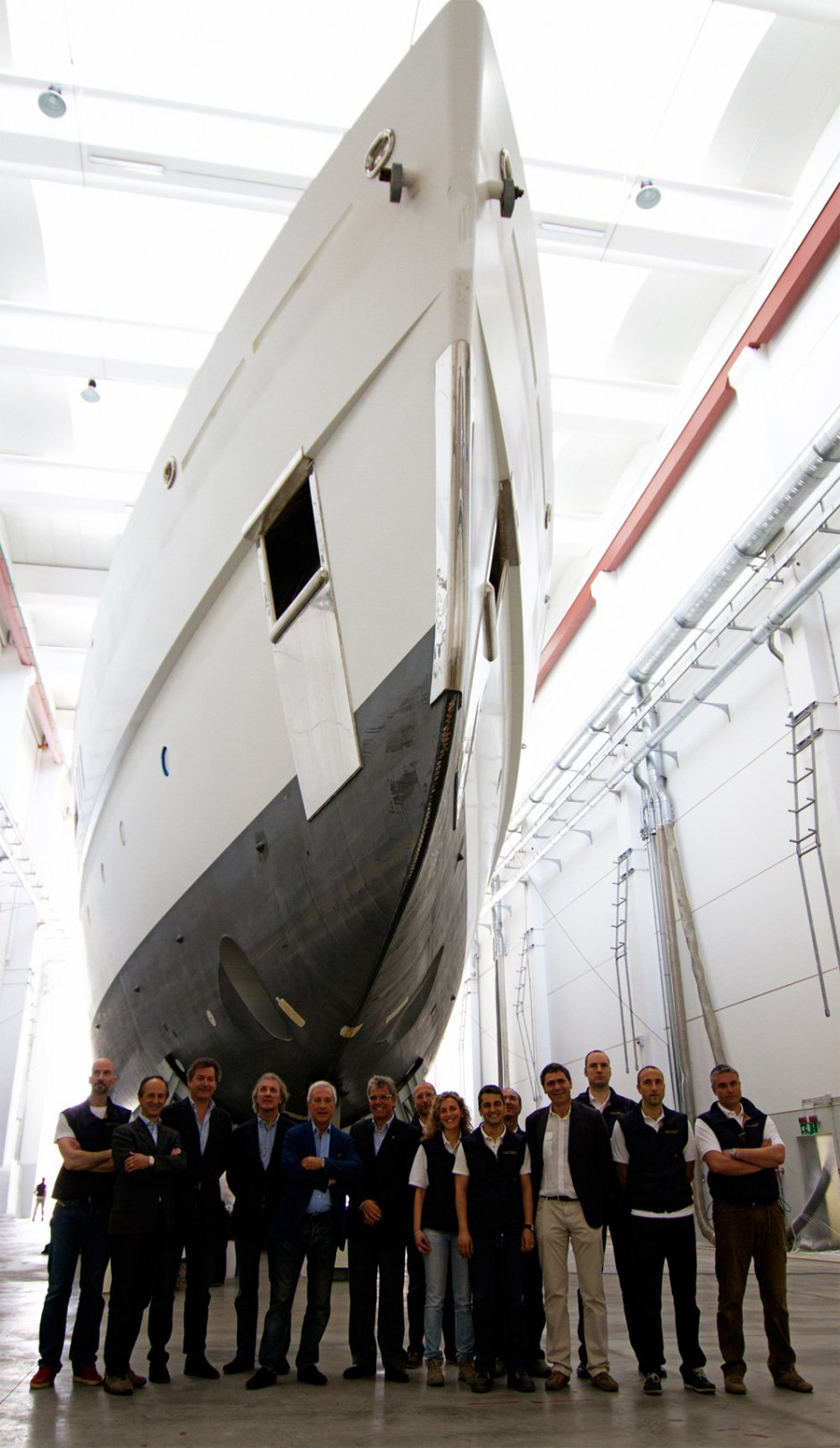 After being invited along to the Perini Navi Group’s Picchiotti shipyard in La Spezia, Italy, yesterday, the Superyachts.com team had the pleasure of viewing the brand-new 73m Picchiotti Vitruvius motor yacht shortly after it had arrived from the yard’s Istanbul-Yildiz facilities in Turkey.

This is the third hull in the Picchiotti Vitruvius line and undoubtedly an evolution in Perini Navi’s Picchiotti brand itself. Project C.2189, designed and blueprinted by designer Philippe Briand with a modern interior proposal by Remi Tessier, is the next instalment in a range which is challenging the status quo of motor yacht design.

After launching two motor yachts, Exuma and Galileo G, in two years, the new 73m C.2189 was designed and constructed for an owner with an eye for distinction. The plumb bow hull and characteristic superstructure of the new 73m vessel are an evolution of the previous launches, adding to the rapidly expanding motor yacht portfolio Picchiotti has been introducing to the market.

The C.2189 is the new flagship of the Picchiotti-Vitruvius family, offering a state-of-the-art electric/diesel propulsion system that runs two Azipods and has a maximum cruising speed of 16.5 knots - ideal for cruising in the Caribbean or the Mediterranean.

With her sleek exterior profile, the Picchiotti 73m was built for cruising and exploring the world’s oceans in style; offering side gull wing doors which give easy access to tenders, and spaces for two motor scooters, allowing her owners and guests to explorer even the farthest reaches of the globe.

After being towed from the Istanbul-Yildiz shipyard in Turkey, the C.2189 motor yacht will now stay at the Picchiotti shipyard for outfitting until her delivery, scheduled for 2013.

Superyachts.com sat down with the key players in construction of the C.2189 and interviewed the heads of the Perini Navi Group in order to gain an insight into how Picchiotti is challenging the status-quo of motor yacht construction - footage and images to follow shortly.