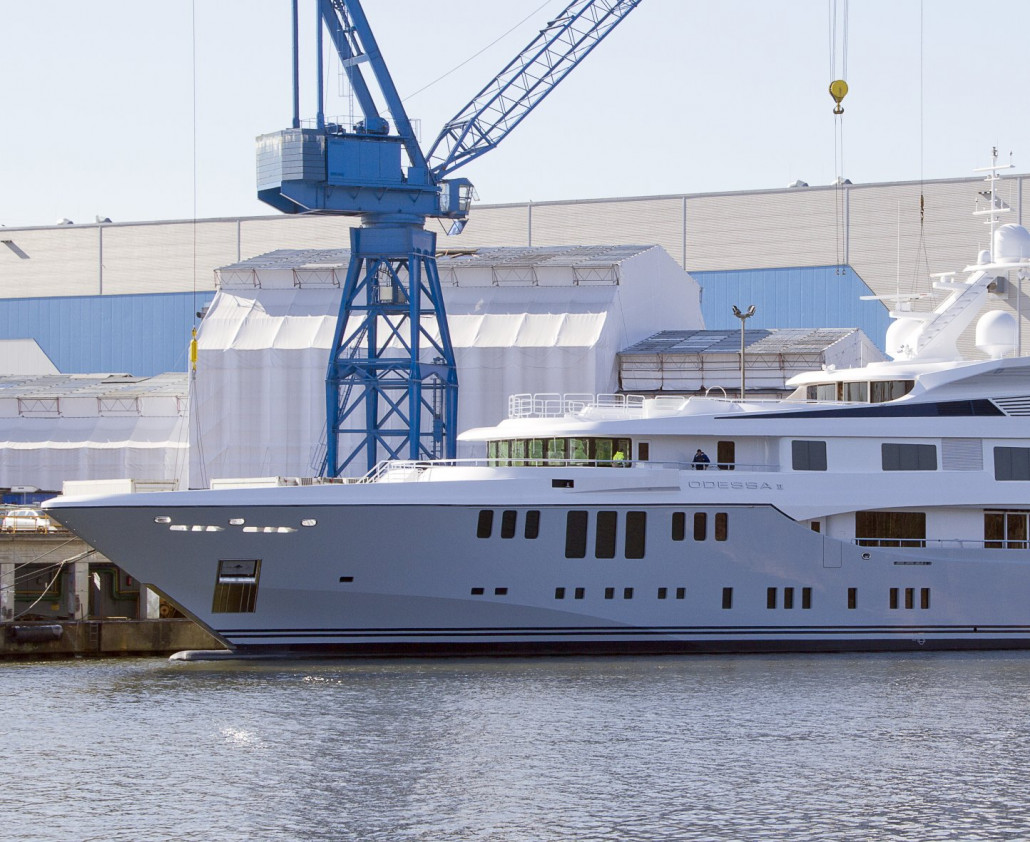 The 73m sistership of Plan B, Odessa II, has today been successfully launched at the Nobiskrug shipyard in Rendsburg, Germany.

With a New Hampton inspired interior style from H2 Yacht Design and a striking exterior design from Focus Yacht Design, Odessa II (a.k.a. Project 423) was signed in 2011 and is preparing for her delivery later this year.

Able to accommodate up to twelve guests, Odessa II boasts an intimate beach club with spa in the transom as well as a substantial gym located on the sundeck for panoramic views whilst exercising.