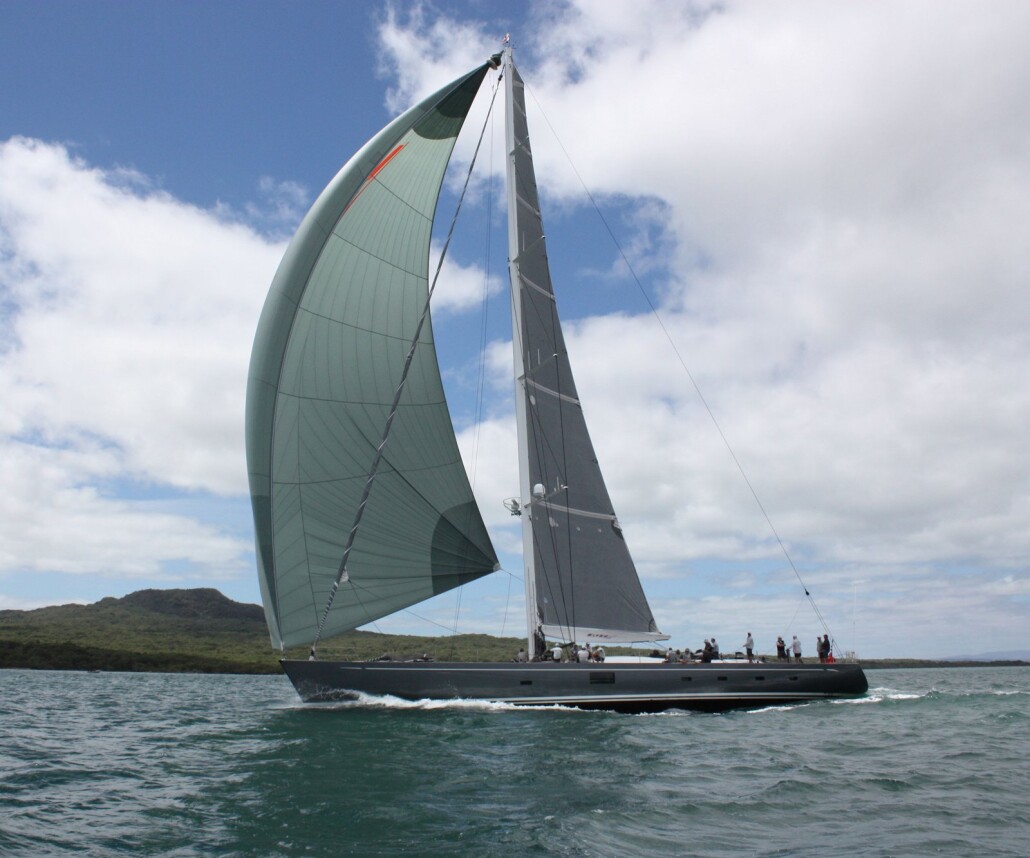 Grey Auckland skies were looming over the Hauraki Gulf as the NZ Millennium Cup’s warriors lined up under the Harbour bridge to fight for line honours in the second day of racing.

Sea Toy was first to head for open seas, with yesterday’s winner Zefiro powering away after to the cheers of the chase boats. Quickly unfurling her pink gennaker, Zefiro provided a hot point on the horizon to chase down for the yachts yet to come.

Lady racer, Janice of Wyoming, followed after, flicking the Hauraki Gulf from her bow, her start heralding a good omen for the day’s racing with sails filling and the skies clearing above her. Silvertip’s gennaker filled just as she prowled over the line, tearing up the harbour in hot pursuit.

And then, as the committee boat’s horn sounded, Ohana let fly, yellow gennaker curled at the ready. The race was on; and every yacht was in it to win.

Approaching the Gulf Harbour buoy, Silvertip was looking strong, on the prowl after Janice of Wyoming, who had gained around a minute on Zefiro as Janice pulled in her iconic bronco gennaker, bucking in the wind.

Rounding the Haystack, Ohana had decreased the gap to around three minutes. And then it was the dash up the harbour, all yachts fighting it out for supremacy.

Silvertip, Ohana and Sea Toy were within hail of each other as they flew through the gap between volcano, Rangitoto, and Auckland’s North Shore. With a flick of her tail, Sea Toy was through the gap between the two larger yachts. Ohana proved all powerful grace though, as she steamed back up and past Sea Toy, Silvertip tacking away towards the suburbs, giving local boaties an up-close thrill.

Zefiro was tearing for home, sweeping down the harbour with a grace that belied her power, a small admiring fleet of locals in her wake.