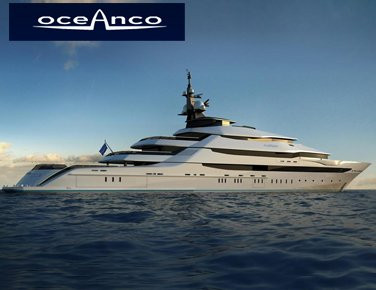 Oceanco has engaged Dirk de Jong to reinforce their Technical Sales Department. De Jong is no stranger to the company; having worked as a Project Manager with Oceanco from 1997-2001.

During his time as Project Manager at Oceanco, De Jong oversaw the building of both the 62.6m Lady Lola and the 95m Indian Empress (ex: Al Mirqab), which is, to date, the longest private yacht ever built in The Netherlands.

Most recently De Jong was commercial and project development manager for Platinum Yachts in Dubai, UAE. A naval architect with degrees in shipbuilding and business administration, De Jong brings a wealth of hands-on experience to Oceanco.
Among other jobs, he has worked as both Managing Director and Technical Director at Amels Holland bv, Vlissingen, and as Site Manager for Feadship.

In the last few years, with his own company, Nereus bv, De Jong was technical and environmental director for SYBASS (Superyacht Builders Association) and consultant on several mega yacht build projects both in the Netherlands and abroad, offering wide-ranging services.

In his new role at Oceanco, De Jong hopes to continue developing quality technology; introduce new building methods and assist in taking the company to the next level of excellence and innovation in yacht building.